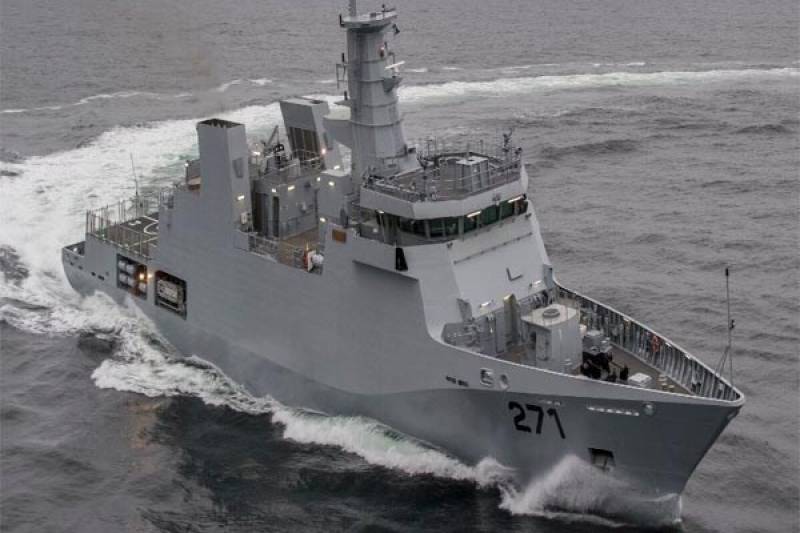 ISLAMABAD - Pakistan Navy Ship Yarmook is currently making a port call in Turkey on its transit to Pakistan symbolizing the historic and brotherly ties as well as ever-growing defence cooperation between the two countries.

During these interactions, he conveyed the warm sentiments of  Chief of the Naval Staff, Admiral Zafar Mehmood Abbasi, for the people of Turkey in general and the Turkish Navy in particular.

He also conveyed his gratitude for the wholehearted support by the Turkish authorities for PNS Yarmook’s port call. Pakistan’s sacrifices in the fight against terrorism and Pakistan Navy’s role in ensuring global maritime safety and security were also highlighted during these meetings.

The two sides expressed their satisfaction at the ongoing bilateral cooperation and reiterated their commitment to continue strengthening their relations in all areas of common interest.

A reception dinner was hosted onboard PNS Yarmook on Wednesday in which the Fleet Commander Turkish Navy, Vice Admiral Ercument Tatlioglu,  Ambassador of Pakistan Muhammad Syrus Sajjad Qazi, and senior officers of Turkish Navy, as well as representatives of Turkish defence industries, participated.

Speaking on the occasion, the Ambassador of Pakistan to Turkey Syrus Sajjad Qazi said that Pakistan and Turkey enjoyed unparalleled fraternal relations and had always stood by one another in the face of all challenges.

He welcomed the ever-expanding defence cooperation between the two sides and assured Pakistan’s continued support for Turkey’s legitimate security and humanitarian concerns in the region.

He also condemned India’s illegal and unilateral actions of August 5, 2019, in IOJK in contravention of the international law and called for the resolution of the dispute in accordance with the relevant UN Security Council resolutions.