I-pads and telephones not a culture, true culture is a book: Mofeed Fawzy 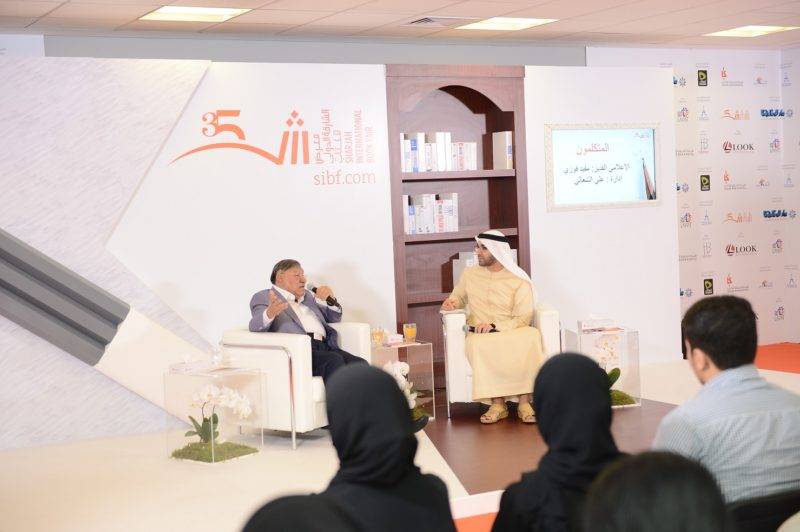 The journalist who was sharing his extraordinary experiences with the audience at the festival said that person who reads books is invincible and can understand his own problems better.

"I-pads and telephones are not a culture and can’t be a substitute. True culture is a book and the smell of books,” he said, adding that it was his mother who encouraged him to borrow books from the local municipality library when he was 8 years old. “There were no other means of entertainment at the time, just books.”

Speaking about his beginnings in the world of journalism, Fawzy said he started as early as 12 years of age by creating a wall newspaper for his school. “I remember once I wrote an article that criticized the methods of our stern French teacher who would hit us when we weren’t able to conjugate French verbs. The principal of the school covered my article with black paper. That was my first encounter with a censor,” he said. There’s always one thing that he’d never leave house without; the pen – which he calls his companion for life.

Fawzy spoke to the audience about his close relationship with late Egyptian singer Abdul Halim Hafez until the end of his life.

His career on television spanned more than 37 years of his life on television out of which 21 years were presenting the program ‘Hadith al Madina’ (Talk of the Town) for 21 years a program in which he interviewed people on the street and discussed social matters. “The relentless questioning of a journalist, that natural curiosity will never leave him,” he said.