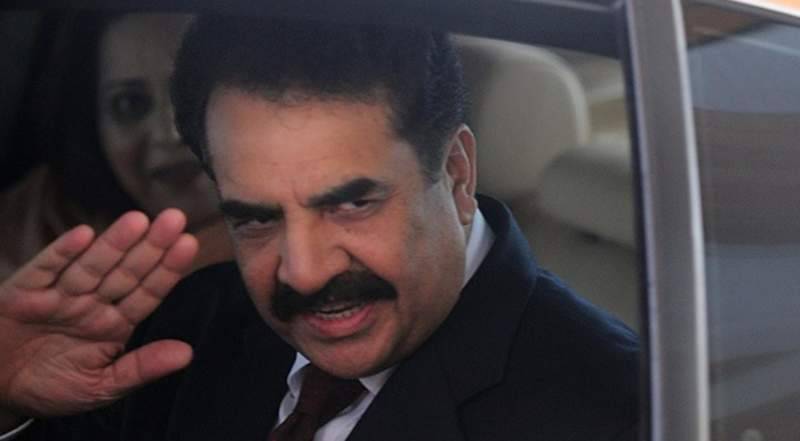 RAWALPINDI - Mysterious banners bearing General Raheel Sharif's portrait were placed on the streets of Rawalpindi, urging him to contest for the 2018 General elections.

The banners call for 'no extension but reduction' — demanding that the two-year ban on an army chief over entering into politics after retirement should be removed. 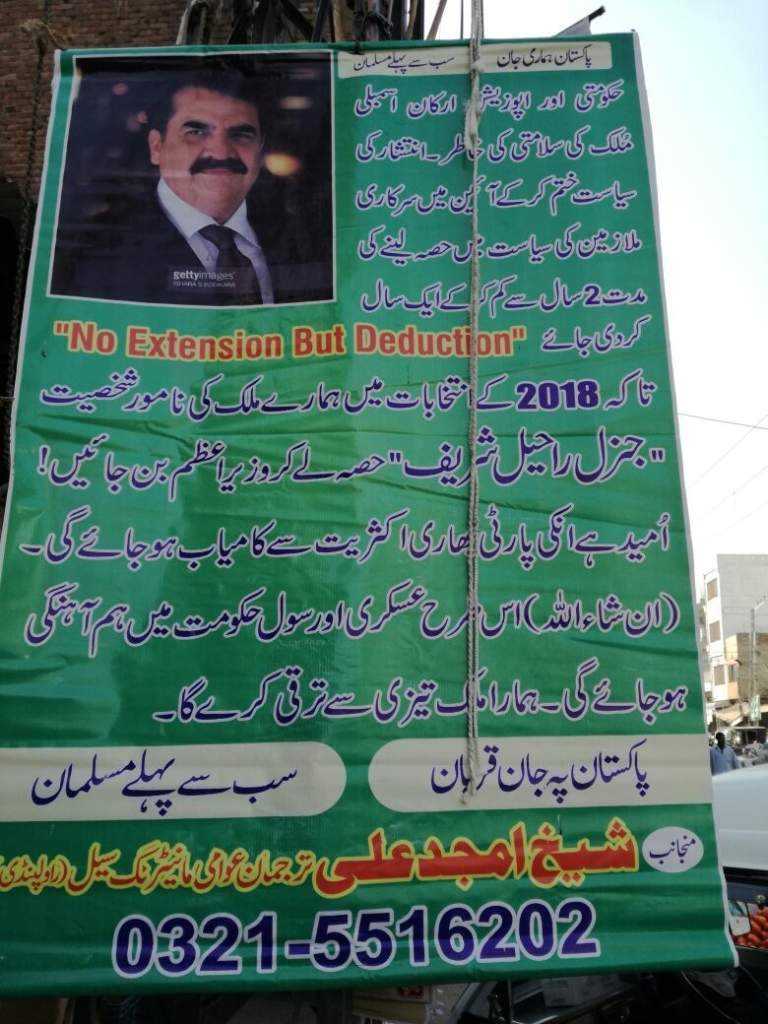 The banners call on the government and the opposition to bring to an end "their divisive politics", urging the general to enter politics in the hopes that "ties between the country's civil and military leadership can harmonise".

The banners say there was hope that by taking part in the elections, [General] Raheel's party "will secure majority votes and he will be elected prime minister, leading the country on the path to becoming a success".

In July, thousands of banners were displayed in several cities including Islamabad, Rawalpindi, Lahore, Karachi and Hyderabad seeking the army chief’s intervention.

A campaign was also launched on the social media giving the impression that martial law is about to be imposed.

In January, when General Raheel Sharif had announced that he will not take any extension and would retire in November this year, many banners were displayed in Islamabad and other cities asking COAS to not to talk of retirement.