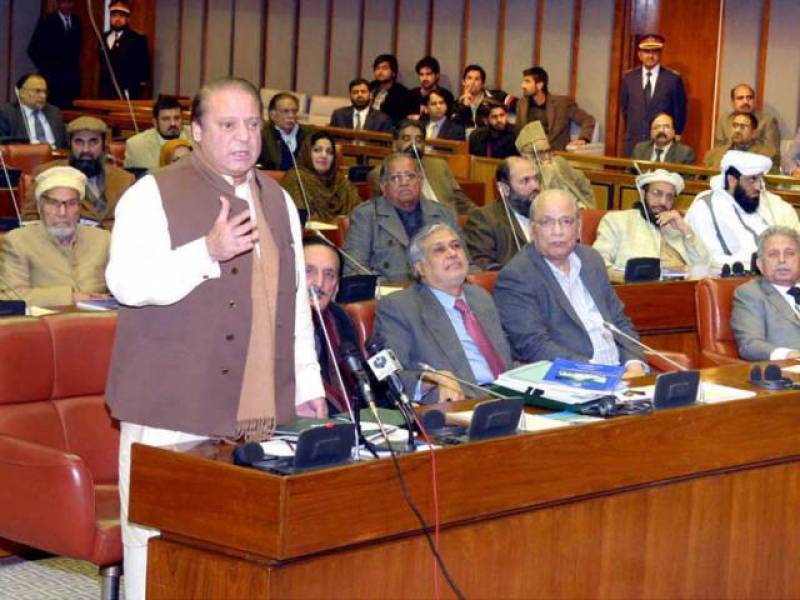 ISLAMABAD - Huge spending of public money on ads by the government finally draw ire of the senators who staged a walkout from  the upper house of parliament and demanded an FIR against the premier  for unethical expenditure here on Friday.

Recently, after the Supreme Court sought replies from the Premier's family regarding Panama Leaks, the government splashed millions from national exchequer to fund a campaign portraying Prime Minister in favourable light. The advertisement, still on air starts with  “let us hold the PM accountable” and then recounts his accomplishments.

The senators opined that the media campaign was a bid to influence the proceedings of the court.

Weighing in on the matter, leader of the Opposition in the Senate Barrister Aitzaz Ahsan termed the advertisement campaign an attempt to influence the judiciary.

The house also applauded former information minister Pervez Rasheed as chairman Senate Mian Raza Rabbani expressed that the sacked minister was not alone as entire house stood with him.

At the outset of the proceedings, Chairman Raza Rabbani observed that the Senate was the appropriate forum for an inquiry against Senator Pervaiz Rasheed, if it was needed at all.