Pakistan expresses disappointment over assertions made by US report on terrorism 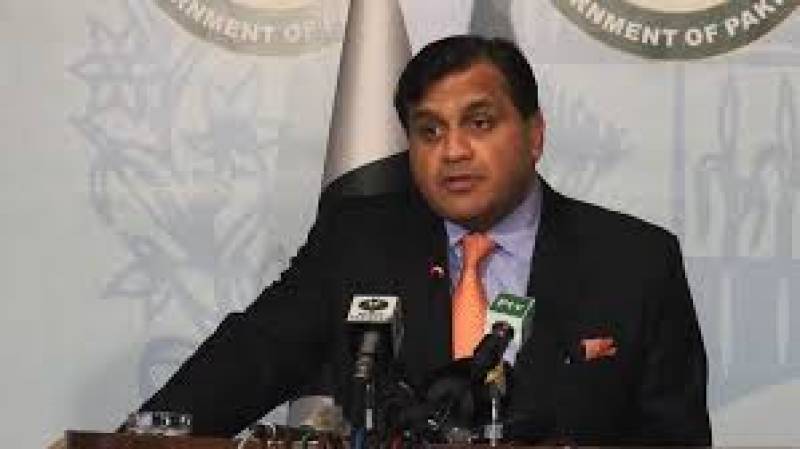 ISLAMABAD - Pakistan has expressed disappointment over the assertions made by the US Department of State's Country Report on terrorism 2018, concerning its counter-terrorism efforts.

In a statement, Foreign Office Spokesperson Dr Muhammad Faisal said the report completely overlooks the factual situation on the ground and the tremendous contribution made and sacrifices rendered by Pakistan over the last two decades in the international struggle against terrorism.

He said that these efforts have not only resulted in the elimination of Al-Qaeda from this region but have also made the world a safer place.

The spokesperson said Pakistan is committed to taking concrete actions under its National Action Plan (NAP). He pointed out that Pakistan has taken extensive legal and administrative measures for the implementation of its obligations under the UNSC 1267 sanctions regime for the freezing of assets and denial of funds and economic resources to all designated entities and individuals.

He said Pakistan is continuing actions to fully implement the FATF Action Plan.

As noted in the Report, Pakistan faces the threat of terrorism from a number of groups including TTP, Jamaat-ul-Ahrar and Islamic State in Khorasan Province. The spokesperson, however, said the report, however, fails to mention that these groups continue to operate and conduct terrorist activities against Pakistan from across the border.

Dr Muhammad Faisal said Pakistan has facilitated US and Taliban direct talks in the context of the Afghan peace and reconciliation process in good faith. Pakistan’s positive contribution in this regard has been widely acknowledged, including by the US and its leadership. He said any insinuation to the contrary is unwarranted and is inconsistent with the positive trajectory of the bilateral relations, the Radio Pakistan reported.

The spokesperson said Pakistan has always stressed that counter-terrorism efforts can be effectively advanced through constructive engagement. He said we hope Pakistan’s commitment, contributions and sacrifices would be fully recognized and appreciated in the right perspective.