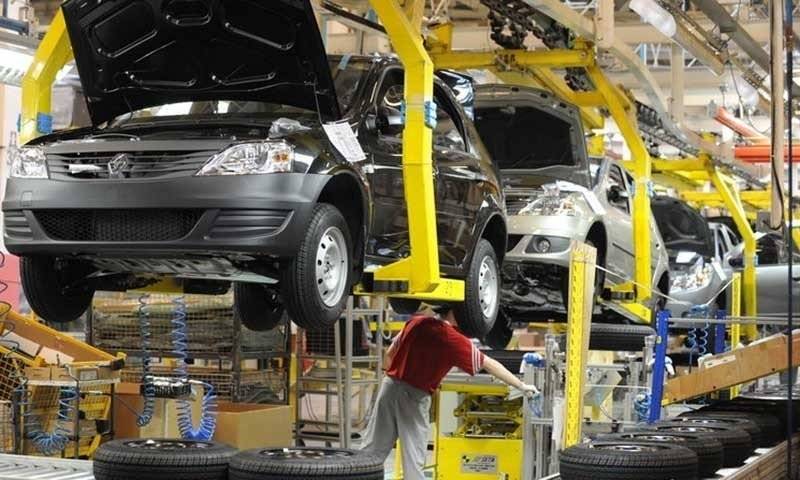 The foundation of any country hinges on its institutions without which the state can’t function. These institutions are further boiled down to the regulatory bodies established to keep the public sector, service-oriented, and private sector on its toes to provide the best services to the citizens within a competitive environment.

The automotive industry is one of the most important industries any country can have due to multiple reasons including:

However, the most important aspect of the automotive industry is the fact that it feeds dozens of other industries as globalized markets are being run through the supply chain management wherein a single component, if not delivered on time, affects the production of a whole sector.

A multi-pronged approach to zoom into the industry would lead to a better understanding of the obstacles hindering the auto industry, clarifying why the consumers are at the short end of the stick when it comes to the industry.

The ministry of industries keeps an eye on the industries being run in the country however, the car industry is one of the most neglected ones in Pakistan.

Let’s consider the example of sugar and cement industry. Despite the presence of regulatory bodies including Securities and Exchange Commission of Pakistan (SECP) and Competition Commission of Pakistan (CCP), the cartels managed to siphon off money in billions from the masses; even after the release of the inquiry report, the prices skyrocketed.

The car industry is at a whole new level when it comes to clientele and worth and so the need for regulation is both necessary and value-driven; not to mention that any inquiry report on state-level would blow the lid off stories and scandals.

Let’s decipher the issue to scratch the vinyl on top and analyze it at a deeper level.

The consumers are always at a position of weakness when it comes to price control. The calls for keeping an eye on the worth of the car, despite the car manufacturer using substandard material, have risen to a crescendo.

Under the garb of currency exchange, the car manufacturers have been jacking up the price of their units substantially over a period of time.

Consider the case of the iconic car in Pakistan which is being discontinued now – the name being intentionally concealed to let you take an easy guess. The per-unit price of the vehicle - named after a scenic valley - has escalated in recent past under the garb of currency fluctuation but certain questions are there to be asked including:

Being a consumer, seeking information regarding these queries is a tough nut to crack, but a regulator can seek these pieces of information to oversee the price control mechanism or the one in place, the Engineering Development Board (EDB) can be cautious of such factors.

The issue of car prices is not limited to a single car manufacturer and deep and thorough scrutiny is needed to hold the manufacturers accountable. The issue at hand is not to affect a healthy competition in the market or to give leverage to a specific manufacturer but to shatter the formation of cartels as well as provision of affordable vehicles to the consumers so that the possession of a vehicle should be deemed a necessity instead of a luxury.

Those in power corridors need to look at the issue of a regulator in terms of the economic concept of protectionism which says that the local industry should also be protected despite the onslaught of  Laissez-faire or ‘free market economy’.

A regulator in place can put brakes on the relentless wishes of the car manufacturers to import each and every spare part from the international market.

This would yield multiple results ranging from bolstering the local industry as well as reducing the price of vehicles. The indirect benefits would include the availability of economically viable vehicles for the lower strata of the society which would, in turn, play their part for national development.

It is worth mentioning that Pakistan’s automobile industry is fastest growing in Asia, corroborated by Board of Investment figures from 2014 and 2018.

Better linkage between the Pakistan Automotive Manufacturers Association (PAMA) and Ministry of Commerce under the banner of the automotive policy can help strengthen the local industry.

Pakistan’s car industry is facing a severe crisis of quality. Though the manufacturers are on an acceleration spree when it comes to rolling out hundreds of thousands of vehicles, their ‘engine of quality’ starts knocking when someone knocks at their door and holds them accountable for the quality of the units.

Starting from ABS (Anti Lock Braking System) to Airbags and whatnot, the car manufacturers can only be tamed when a dedicated regulator, efficient and effective, is there to raise red flags for potential negligence.

The need for such an overarching authority is enhanced keeping in view that the quality of a single unit of the car is pivoted around the lives of dozens of individuals.

A millisecond delay in the application of brakes, a lag in the execution of airbags does not cost millions; the delay leads to casualties which are beyond the bounds of millions and billions. Just as a case in point, Pakistan’s Automobile industry contributes 2.8% to its Gross Domestic Product (GDP) and 30 billion rupees to the national exchequer in terms of taxes and duties but what is the human cost, we rarely estimate.

The international community is increasingly ramping up pressure on regimes across the globe to shift gears in their efforts for reducing pollution for which the locomotives play a decisive role. The presence of a regulator would ensure the installation of equipment which don’t harm the environment.

A car’s silencer can only silence the advocates of environment provided it emits eco-friendly smoke. A regulator in place would not only ensure a substantive price control mechanism, but it would also guarantee that the unit is not being delivered at the cost of the environment.

The automobile industry is not operating without any legislative oversight as automotive development policy (2016-2021) is in place with four key objectives.

But one of the aspects is ignored which is ‘Ensuring consumer welfare’. Despite tall claims and making it a part of the objectives, it is an open secret that the oversight seems to be shady when it comes to consumer welfare.

The policy also directed establishment of Pakistan Automotive Institute, however, nothing substantial seems to be on the ground.

Having delved deeper into the issue, it becomes evident to bolster the demands for the formation of a regulatory framework for holding the automotive industry accountable. Having taken the road to quality, wading through corridors of price and roaming around environment-centric questions, let’s park this concept of formation of a regulator with a thought that an unbridled horse not only endangers its rider, it also costs lives of others.

The car industry needs to be regulated not merely on papers but on products. The government can tighten the screws on this sector with a proper regulatory oversight keeping in mind the queries pitched above.

In the absence of a tight regulatory framework, we would be dealing a blow to the community which has suffered at the hands of car manufacturers either while sitting inside a car or being run over by a poorly manufactured one.

The author is a freelance contributor.