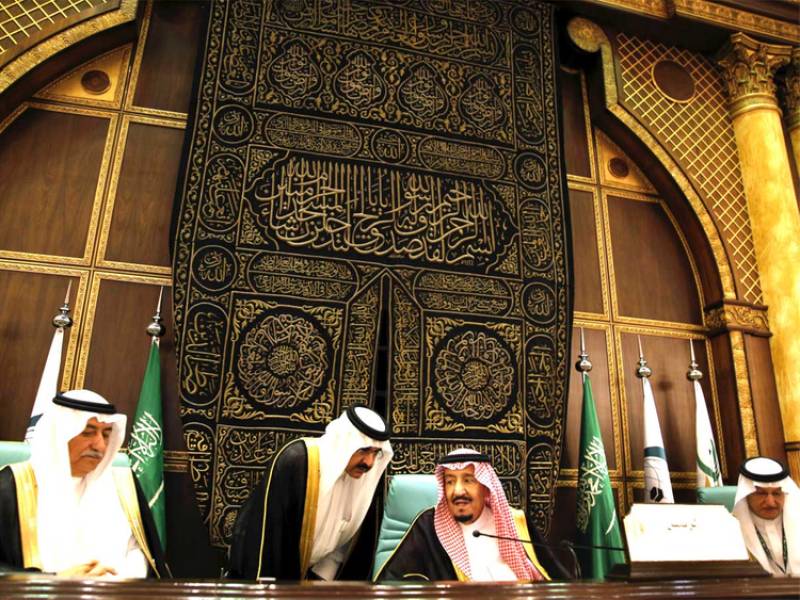 The three Makkah Summit meetings of the region’s largest multilateral organizations on the last Friday of Ramadan mark a shift in regional and international politics. They should be read carefully by decision-makers in Islamabad because they directly impact Pakistan’s vital interests.

Make no mistake: Despite their limitations, the Gulf Cooperation Council, Arab League and the Organization of Islamic Cooperation are influential organizations. Russia is lobbying the Arab League to restore Syria’s frozen membership and help secure the future of Bashar Assad. China’s President Xi Jinping sent a special message of solidarity to the GCC, AL, and OIC, which the latter’s secretary-general delivered at the concluding press briefing on May 31. China counts on the OIC for support on Xinjiang. The GCC is an attractive economic bloc and major economies seek preferential trade agreements with it. The OIC is the world’s second-largest multilateral organization. It is an influential bloc at the UNand the only other world grouping that combines members from three continents. The three organizations are important to any lasting peace arrangements in the Middle East. India is keen to enter the OIC. The United States government and major powers have observers who sit on the sessions. And major countries like Pakistan, Azerbaijan, and Turkey rely on the OIC for support on Kashmir, Karabakh, and Turkish Cypriot State. In fact, some of the crucialantiterror support to Lake Chad Basin countries in Africa, including fighting Boko Haram and other extremist groups in a major country like Nigeria, comes from OIC member states, like Egypt, Pakistan, and Saudi Arabia. Last, the maintenance of Al-Aqsa Mosque and Muslim and Christian holy sites in Jerusalem, and the financial support toPalestinians come in large sums from the coffers of OIC member states, particularly KSA, UAE, Kuwait, Qatar, Jordan, and Morocco. Not to mention financial aid to Syrian, Yemeni and Rohingya refugees.

So, it is important when the region’s three largest groupings meet simultaneously in Makkah with what amounts to a single-point agenda: isolating Iran. It is not the first time a member state of one of the three interlinked groupings is singled out for behavior issues. Iraq under Saddam Hussain was criticized for invading Kuwait, attacking Saudi Arabia, and endangering regional security. Assad was criticized and Syria’s membership in Arab League suspended for letting its territory be used by Iranian militias. So, a near-unified position on Iran’s activities across the region is not unprecedented. What is different this time is the regionwide fragile economic and security situation after Arab Spring conflicts. All major states of the region – Saudi Arabia, UAE, Egypt, Turkey, and Pakistan – are focused on stability and economic recovery after years of wars. Iran itself has been crippled by international sanctions and is rattled by floods, economic meltdown, and protracted popular protests.

A noticeable transformation at the three Makkah summits is how leaders are changing their perceptions of what constitutes a threat to nation-states in the region. Everyone accepts that Israeli inflexibility in resolving conflict with Palestinians remains the number one problem that breeds all other issues in the region, including extremism. But a consensus is building that Israel does not pose a direct threat to the security of governments of neighboring countries. And the evidence is simple: Israel is not fueling proxy wars, arming religious militias, or sending drones to neighbors. While the three summits did not let Israel off the hook, condemning its occupation of Lebanese, Syrian, and Palestinian territories and confirming that Palestine tops the agenda, leaders recognized that it is Iran’s government that represents the most urgent threat to the stability of neighbors and member states, followed by transborder terrorist militias and extremist and sectarian ideologies. Leaders of key nations, like Egypt, Nigeria, and Saudi Arabia insist that Iran cannot continue its armed and militant presence inside borders of member states.

Another major development is the unanimity in the three summits on the need for Iran to change its behavior. No major dissenting voices emerged, including from Shia Muslim majority members. Lebanon, home to Iran’s powerful proxy militia, Hezbollah, said it “strongly condemned the attacks on the United Arab Emirates and the Kingdom of Saudi Arabia,” in reference to Houthi drone attack and the Fujairah incident. Iraq, where pro-Iran militias are part of the ruling coalition, also condemned the two attacks and expressed solidarity with Riyadh and Abu Dhabi. So did Azerbaijan.

Arab states were not offended by the Iraqi president’s disclaimer on Iran because everybody understood it was for domestic consumption. Even Qatar had endorsed the strongly worded GCC and Arab League statements on Iran. Its retraction two days later was linked to the continuation of Arab blockade. Had this been resolved at Makkah – and Kuwaiti emir tried his best to achieve it, even getting the Qatari prime minister to shake hands with King Salman – the Qataris had no objections.

Another significant development is that the three summits stopped short of declaring war on Iran. The GCC and Arab League did not go beyond criticizing Iran and affirming a ban on Arab telecom satellites carrying Tehran-financed Arabic-language propaganda channels. This is the same position taken by Arab League in 2017. "We are not declaring war on Iran at this stage," Arab League chief Ahmed Aboul-Gheit said then.

The good news is that GCC and AL statements left ample room to restore ties with Iran. The GCC communique laid out the conditions: “[…] stop supporting, funding and arming militias and terrorist organizations, and refrain from feeding sectarian conflicts, calling on the Iranian regime to exercise wisdom.”

Overall, the three Makkah Summit conferences gave a blank check to Saudi Arabia and Emirates to take whatever steps necessary to defend their sovereignty against future attacks. This could include using force, if necessary. Should it come to that, the three Makkah summits have endorsed this right.

This is the most robust and total isolation of the government of Iran since it seized power in 1979. Gulf, Arab League, OIC, and internationally, Iran has never been this isolated. This is especially hard for the Khomeinist faction in power, the followers of Imam Khomeini, because it jeopardizes their power and legitimacy in front of domestic and exiled opposition.  It is also dangerous for neighbors because this level of isolation makes the regime dangerous and capable of doing anything if it reaches the conclusion it has nothing to lose.

Another good news is that Tehran is trying to reach out. Foreign Minister Javad Zarif has asked Pakistan, Iraq, Russia, and Oman to mediate with Saudi Arabia and Egypt. Tehran believes if war with America is launched, that Washington’s regional allies – like Turkey, Iraq, Egypt, KSA/GCC, and Pakistan – should be neutralized. But Arab countries will not take Iran at its word this time. Forty years of accommodation with the Iranian revolution has failed to yield results, in their view. Tehran must show it has finally abandoned ideas of ‘exporting the revolution’ before its proposal of a regional non-aggression pact succeeds.