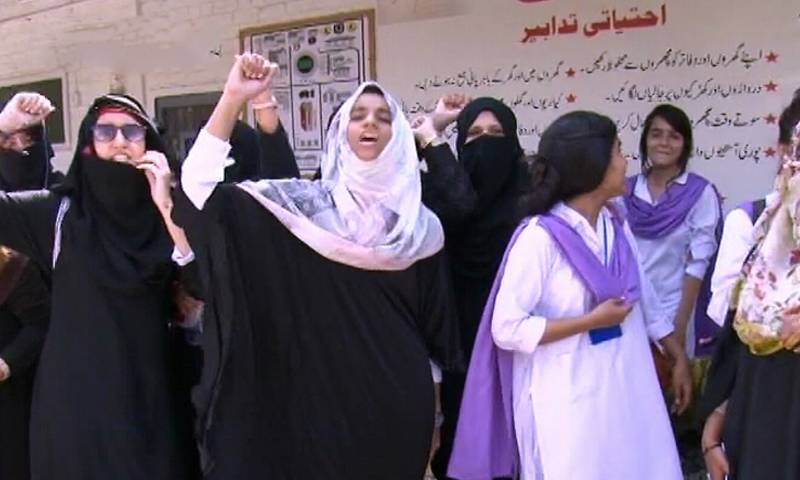 Yet another precious life has been wasted by the incompetence, irresponsibility and ignorance. The 20-year-old Urooj Fatima, a BS student, was left alone to grapple with an intensely painful and slow death in a college hostel. While the warden denied any medical facility and why had not she done so? In a country where human life, except that of the elite, has no value even in the eyes of the government, why a public office holder would even think of deviating from the track.

The controversial statement of the College Principal depicts her inhuman and indifferent approach. She told the media that the deceased had cardiac issues. While the fellow students of the departed asserted that, it was a fault of the administration, who deprived her of any medical assistance at the hostel.  Both the dishonorable attitude and lack of capacity of the administration are evident from the fact that they didn’t even take Urooj Fatima to any hospital.

According to Daily Pakistan Global, “The 20-year-old Urooj fell sick after a poisonous insect bit her Thursday night according to the fellow students who said they informed the warden about the incident but no one took her to the hospital. They blamed that the deceased was instead administered the wrong medicine.

One of Urooj’s classmates said she was breathing until morning but later died as she was not administered proper medical treatment despite being in a precarious condition.”

The education in Pakistan is one of the most unattended domains, lack of quality, poor infrastructure and absence of all kinds of facilities all have brought it on the verge of devastation. Alongside the rest of shortcomings, unavailability of the medical facility at institutions and hostels has put the parents and students in a perilous condition. In the age of technological advancement, most of the schools in our country can’t even provide first aid facility to the students. Whereas developed nations have devised policies addressing health issues faced by students at institutions during the day and in boarding/hostel during the nights.

In the past, a doctor’s role at school was limited to periodic medical inspections, but now the case is altogether different.  In fact, lack of importance of children’s health had reduced the role of a doctor at school and hostel, likewise was the case of adults.

In Pakistan, most of the education institutions consider hiring a doctor both unnecessary and wastage of money. Simultaneously, only a few institutions have doctors in the premises but unfortunately, a majority of these doctors is underqualified, inexperienced and some of these doctors haven’t even completed their degrees. The cause of hiring such doctors is only to save money. In addition, the administration is also successful in attracting new admissions on exorbitant fees. But the consequences of hiring quakes are devastating. These doctors presence poses a great threat to the school environment.

Duties of a doctor at an education institution are of utmost significance. They are the ones who can help provide our kids with a safe learning environment. The basic role of a doctor is to keep a record of every student as it was in the past. Moreover, providing emergency treatment is of great importance since kids are highly vulnerable to epidemics and infections. Alongside, there is always lurking a danger to get injured during play and only a qualified doctor has the ability to diagnose and prescribe.

Fatima Urooj’s life hadn’t been wasted if there was a doctor in the hostel of Post Graduate Degree College. She kept fighting with death but she was ordained to meet her death in absence of any medical facility.

Students’ right to access to the healthcare can never get denied if the state is ready to take concrete steps followed by realistic monitoring mechanism. For instance, State Education waged a campaign to produce ‘happy, healthy and resilient kids’ with great success.

The school doctor neither is a burden nor is the idea of hiring doctors for schools new in the world. And before another Fatima succumbs to injury or gets access to hospital denied by a big-headed administrator, our nation must realize the dire need of placing an in every school, college, university and hostel. Policymakers must make it mandatory for hostels and schools to hire an experienced doctor to make the medical assistance available in time.

The role of national and international donors in providing medical assistance at education institutes and hostels is pivotal, particularly, in a country like Pakistan. The beloved land is facing financial crises now. But the positive aspect is electing a regime that is in power for the first time in the history of the nation. The Prime Minister Imran Khan, after being elected, reinforced his manifesto emphasizing revolutionary changes in the education system of the country.

Our children must be safe while studying and it’s a national obligation to provide our youth with a fair chance to live a prosperous life. The irresponsible behavior of the warden mustn’t be considered an act of an individual because wardens and teachers come across many students pretending to be sick frequently. The crux of the problem is the unavailability of a qualified doctor on the premises. Parents, teachers, civil society and legislators must act at once to rid this widespread absence of medical assistance at education institutes. Otherwise, the repercussions will be grave and unbearable.

Opening the Campus – The Twists and Turns of COVID-19