Black Friday brings 'Kali Billi' out of the Bag 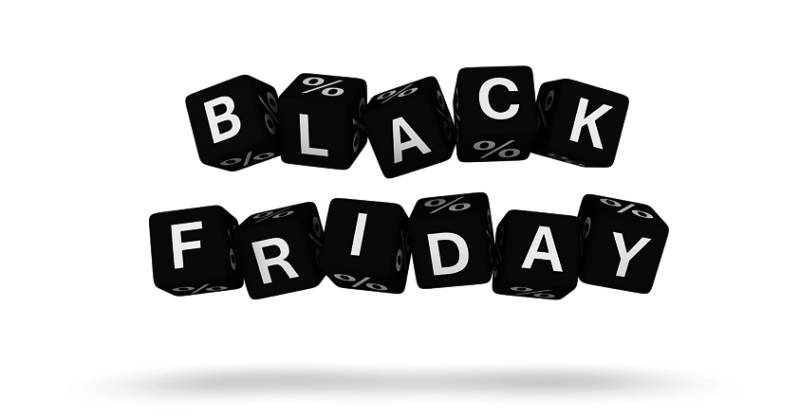 Black Friday Sale was introduced in Pakistan by a leading online store in 2015. It became an overnight success and an annual festival. Sales skyrocketed and other retailers, brands and intermediaries hopped on the bandwagon. However, Pakistanis have a long-standing feud with black. We all know the legend of “Kali Billi” don’t we? Black is cursed, jinxed and inferior, ugly and evil are some other well-entrenched perspectives.

Therefore, the festival, although extremely popular in the masses, faced lots of opposition from the self-proclaimed Islamists. The purest of the pure objected to its being degrading to Friday – the most blessed day of the Islamic week.

There were calls for the public boycott of the event which fell on deaf ears. This year, opponents hashed-up vague arguments to support their baseless cause. It was realized that instead of an appeal to superstition, perhaps the call would be better received when coated in the usual ‘war of civilizations’ narrative with an added flavour of extremism, especially as it has triggered the imagination of a good number of people. Yet if you lend them an ear you will be surprised by the absurdity and contradiction of these objections.

So, what is this treacherous, alien and un-Islamic event and why is it celebrated? What is Black Friday anyway? The answer is twofold. One being the title and second being the festival.

The title is evolutionary, as it became common currency some three decades after the initiation of the festival. Sources suggest it originated in 1961 Philadelphia, ‘where it was used to describe the heavy and disruptive pedestrian and vehicle traffic that would occur on the day’. Another twenty years passed before it became more widespread. The term was expanded to take into account the purpose of the festival i.e. “this day represented the point in the year when retailers begin to turn a profit, thus going from being ‘in the red’ to being ‘in the black’".

The first and foremost objection is the word “black”. The argument is that Friday is blessed and hence calling it black is attacking Islam. Friday tagged with (superstitious) blackness has tarnished the sanctity of the holiest day of the Islamic week. This blatant attack should be thwarted by strong condemnation. After all, the use of inferior and cursed colour connotations, be it of pagans and idol worship origins, is a pretty strong constituent of localised Islam if not the original divine religion.

Having a Black Friday is Haraam even though it affords certain benefits to the public, while observing Friday as a Black Day by blocking roads and creating hindrances to public life is definitely Halal.

Islam is a universal religion which calls for subjugation to the One and Only creator and Master of both the Universe and Heaven & Hell. According to Islamic beliefs, black is not inferior, ugly, evil, cursed or jinxed in anyway. It is simply a color. Prophet Muhammad SWM rejected the baseless superstitious beliefs and practices of the world into which he was born and ultimately transformed humanity. He said: “There is no bad omen (from birds), nor is there any Haamah, nor is there any bad omen in the month of Safar”, Sahih Bukhari, Book 76, Hadith #27. If black were to be considered a cursed colour, would it have been the Kaaba, the holiest site of Islam?

The festival is described according to Wikipedia, as “the day following Thanksgiving Day in the United States. Since 1952, it has been regarded as the beginning of the Christmas shopping season in the U.S., and most major retailers open very early and offer promotional sales”.

The words “THANKSGIVING DAY”, “UNITED STATES” and “CHRISTMAS”, are cited as proof of Black Friday being a Christian festival and an attack, all be it subtle, on the Muslim faith.

There is a widespread opposition to the festival being alien and an outright attack on our culture, values and norms. This is indeed true.

We have a culture of withholding stocks to increase the prices of just about everything. The most relatable example is the usual grain shortages even when we have record-breaking harvests in the country.

Discounts are really not our thing. Consumer promotion is a western idea and thus opposed to our societal values.

It is a societal norm to making a quick profit by increasing prices especially during Ramadan and Eid and thus these norms are challenged by this non-Muslim practice of offering discounts from Thanksgiving to Christmas.

The not-so-secret origins and title of the festival are deeply rooted in consumerism and not religion. The retailers get their much-needed inventory clearance and the consumers get to avail discounts. A win-win situation, isn’t it?

NO, it isn’t. ‘No alien festival or practice can benefit the Muslims’, the opposition maintains. They are right, I mean isn’t it what we have been doing since the industrial age set upon mankind? Perhaps, this is one of the many reasons why we lag behind in the global economy even after possessing so many natural resources.

The opponents, a vast majority of them, are okay with this cultural invasion only if the marketers and retailers call it Blessed, Golden, Sacred Friday instead of Black and only then it would be embraced and celebrated as an Islamic Festival.