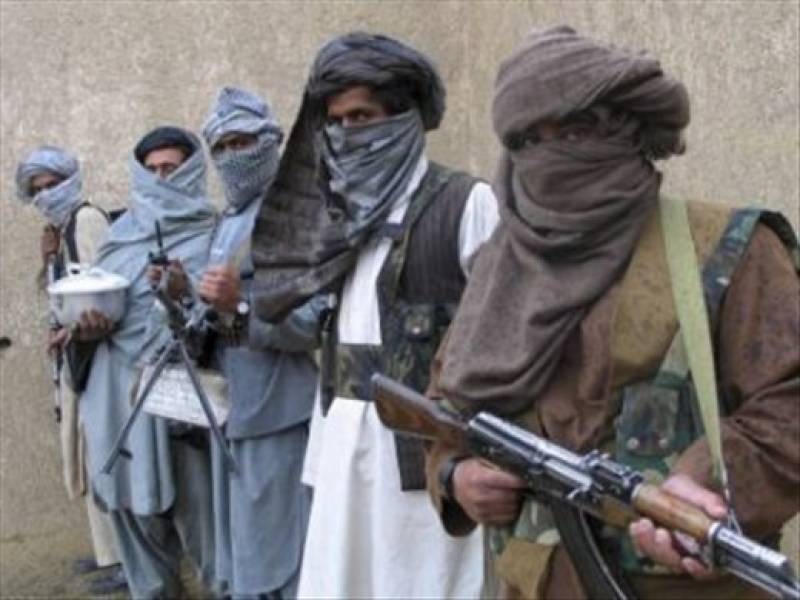 Society is hardly ever static; forces of change and status quo are always at work in same time and space continuum. This competition gradually tips in favor of an incremental mutation which leads to complete evolution. This stands true for terrorist groups as well since they mutate and evolve for their survival. This steady yet unmeasured process is irrespective of the status of these terror outfits; whether these are sub-national, national, and regional or operate at global level. Rigid terrorist groups cannot maintain status quo for a long time and those who do delay the change have powerful forces, sponsorships and live channels of funding available to them supporting the status quo. However, sooner or later these terrorist groups are persuaded to adopt a dynamic posture which becomes inevitable to reshape the environment to profit their agenda.

Terror networks do not have a definite outlook; for survival they feed on anything they find conducive to transform. A marked reduction in terror attack incidents, doesn’t assure or guarantee that the virus of terrorism is not pulsating to evolve and would erupt like an epidemic once again. However, with what face and in which time frame it may evolve again, requires a look at what the terrorism embryo feeds upon and how it mingles with other networks to mutate and transform. In case of Baloch militants, their sub-nationalist ideology has slowly evolved in Jihad in concept as well as practice.

Few years back, nobody could believe that internally splintered shabbily dressed sub-nationalist militant groups in Balochistan hiding in small bands in the rugged terrain would resort to well-organized suicide missions such as one witnessed recently during attack on Pearl Continental, a luxury hotel in Gawadar. Baloch sub-nationalist groups have displayed their aggressive capability to conduct similar suicidal missions even outside Balochistan such as seen during attack on Chinese embassy in Karachi. 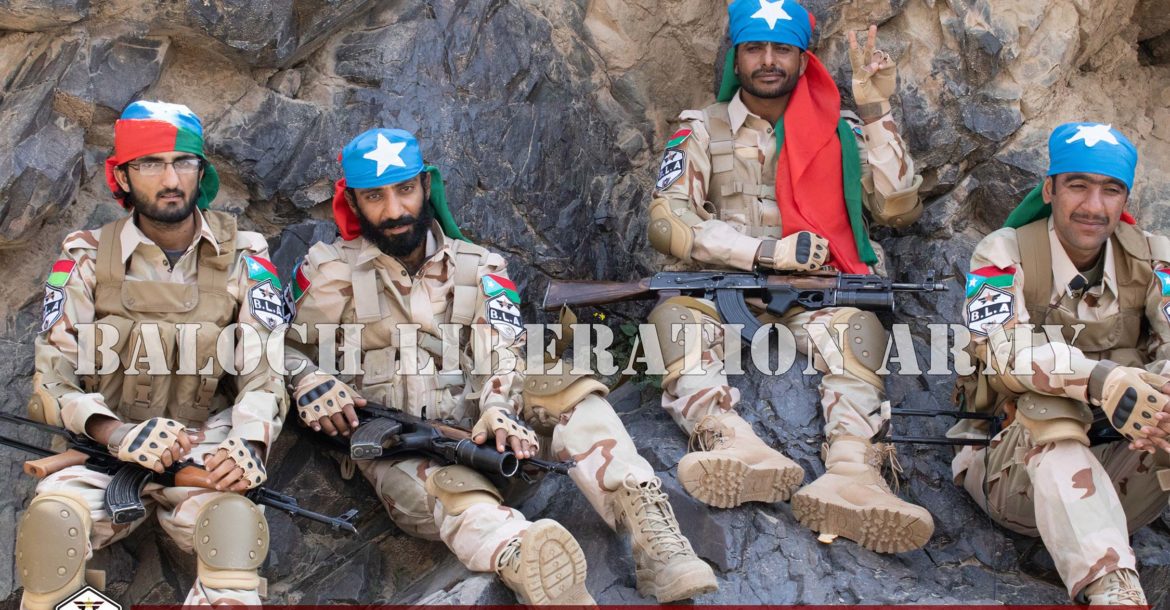 During last few years, the sub-nationalist motivation of Baloch militants has somehow bonded with the FedayeentacticspersuadingFarraris (Baloch militants) to recourse through well-planned suicide missions similar to those orchestrated by religiously motivated heaven-seeking pseudo-Islamists of Tehrik-e-Taliban and its splintered independent factions like Jamat-ul-Ahrar etc. Baloch Farraris are now seen in readily available propaganda videos dressed in newly stitched camouflage battle uniforms with badges displayed on their military fatigues. These Farraris have not only learned to make propaganda videos or stitch their uniforms like much bigger terror outfits (such as Al-Qaeda, ISIS) but also attained expertise in preparing vehicle borne Improvised Explosive Devices and Suicide Bombing Jackets. As I know they did lost few of their fellows while experimenting with explosives but eventuality learned harnessing explosives the hard way.

These previously fractured outfits with separate tribal identity previously fighting overBalochi Mudi (financial contribution to tribal chief by the tribe) have now evolved into a united, better trained and highly motivated lethal terror groups. Their capabilities have enhanced and evolved from simple firing raids on military convoys and passenger trains to well-organized suicide missions. The process of evolution has picked up its pace and turned into a nationalist label of Jihad against State apparatus which has potential to appeal other sub-nationalist and fissiparous movements particularly in the neighboring Sindh province.

The resurfacing of Jihad as a live-concept in 20th century was largely the result of Soviet invasion of Afghanistan (1979-1990). Jihad in Afghanistan flourished with Mujahidin at its front carrying predominantly a Sunni-Hanafi face. Shortly afterwards it was joined and funded by the Arabs, with the flavour of Wahabi school, under Al-Qaida (AQ). Being disappointed by infighting within Afghan-Warlords (1990-2001), Arabs returned to Middle East after Soviet defeat (1989-1990). Meanwhile Al-Qaida evolved in Middle East to pressurize rulers of Arab world for pursuing political Islam. Subsequent to 9/11 attacks on United States, Jihad returned to Afghanistan once again but this time it pointed against United States and her Western allies. As Arabs returned to Afghan soil they joined hands with Taliban led by Mullah Omer, one eyed ghoul, who was to haunt foreign interests in Afghanistan for years to come. Meanwhile, US invasion in Iraq compelled Al-Qaida to pull out of Afghanistan to face the raiders in Middle East.

During war with US and her allies, the resistance groups combined their forces under the term ‘Global-Jihad’ as a tool with much larger objectives. Stated objectives of this global-Jihad ranged from emancipation of Arabs from under the rule of Western agents at home to attacking western interests wherever jihadists could find opportunity (2007 to 2010).

By the time US boots decided to thin out (2003-2010) from Iraq, Jihadist forces were reduced to nothingness and Maliki Government, an alleged Iran supported regime, invaded the political space in Baghdad. Using this Jihad as a focus for all anti-US groups, by the time US withdrew (2003-2010) from Iraq, Al-Qaida took Naqshbandis of Iraq , a local Sunni-lineage with militant-Sufi-backdrop already active against Saddam Hussain, on-board and joined hands with mainstream tribes antagonized by Maliki’s anti-Sunni policies thus successfully drew Baathists’ Iraqi army to create Islamic Emirate of Iraq. Maliki’s violent suppression of Sunnis through Shia militant-bands allegedly armed by Iran, created an environment conducive for Al-Qaida to rise with a new face using sectarian-card to its full potential (2010-2014).

Free for all Frenzy

Emergence of Islamic Emirate of Iraq, with little on ground presence other than violence but a lot of presence on social media, was actual elevation of Global Jihad to a political presence. When Iranian backed Alvites in Syria used brute force including alleged chemical weapons on civilian Sunni population, Iraqi Emirate found more reason to evolve into ISIS (Islamic State in Iraq and Syria). This later labelled itself as Islamic State (2014-17) with Takfeeri brand, an outcast of Wahhabi school. As ISIS was emerging gradually, it had an assured support by Kingdom of Saudi Arabia, propelled and driven due to lack of US initiative against Alvite Syrian regime. Needless to say that the Muslim countries turned a blind eye and lent a deaf ear to Afghanistan in the post-Soviet withdrawal era and failed to gauge the larger impact of Afghan-Soviet war on their people. It was a turning point in history of Islamic concept of Jihad which from under the state concept changed to ‘free for all frenzy’, a label available to be used for all groups and even individuals.

Al-Qaida and Afghan-Mujahidin (elders of present day Taliban, who at one instance were controlling entire Afghanistan) got exposed to mafias and black-market networks. Thus from expertise of money-transfer to arranging weapon-cargos, from usage of spooky communication to put propaganda tools in use, these terrorist organisations developed an efficient system of administration and logistics to maintain themselves. With the departure of US support they developed their own means and devised own ways using different modes and opportunities for money, weapons, and human trafficking besides establishing secure communications and running web-based propaganda channels.

Al-Qaida fed on nationalist (mainstream tribal populace), socialist (Baathists), and religious (Hanafi, Wahhabi, Naqshbandi-Sufi) forces to transform them into an effective fighting-band. The fighting-band carried a higher value structure drawn out of distorted religious ideals to motivate its members. Its advent was made conducive by the state that acted with predominantly Shia outlook. What helped it to transform into a fighting-band were two things. First their ability to gel groups with different origins into one ideology; and secondly their ability to develop their own networks for shipments of men and machines, and their use of corrupt and biased officials and mafias for their own objectives. Use of virtually any type of networks including mafias and unofficial channels of clandestine intelligence belonging to sponsoring states services, together with adoption of any means, both financial and ideological, and over and above it all, the possible acceptance of funds and information from hostile agencies mostly of non-Muslim origin, became an earned capability of terrorists. These terror-bands motivated through purposefully altered understanding of Islam and imbibed with the most lethal combination of purpose, means, agents of change, and religious groups on the face of earth started to unleash violence against resistant populace.

TOR, Instagram, Threma, Telegram, Signal and other VoIP programs used by Al-Qaida, Daesh, Terrorist groups and mafias can be acquired legally without ever going to shopping mall. These facilities allow these groups as well as individuals to communicate, plan and conspire while hiding in obscurity with assurance of remaining undetected. By the very origin most of these open-source programs in simplest terms are prepared by rewriting of the source codes of branded multinational softwares making it openly available to all, online, and free of cost. 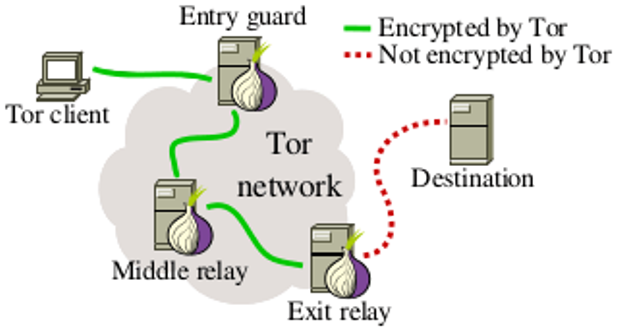 Availability of these communication technologies has a deep socialist-imprint found all-over it and are excessively used by groups that want to stay off the radar while organising terror networks. These programs mentioned above are now used to override the formal communication structures carrying capitalist ideology while promoting purposely built narrative to earn support for all those who are resisting the existing status quo in world politics. All these developments were only possible due to myriad of software of communication programs to flout the communication monitoring-systems. This proliferation of secure communication could very well have been an ‘intentional’ plan so as to provide all the anti-capitalists including terrorists groups struggling to remain secure. After all Russia has a score to settle.

The only constant factor in today’s world is change and unfortunately this change travels on both positive as well as negative vectors. We have no idea where this change will take us in our life time but this situation is not at all sanguine and bright for the world peace. A lot needs to be done, not only by the individual countries but to be done,in synergy with other nations and bodies of nations in the interest of our future generations. While the terror networks are continuously evolving and changing shape, networks, friends, narrative, means, psyche and technology, response concept of a nation-state proved too clumsy an instrument to respond back to the simmering yet persistent threat. It needs to be realised that a state must cut through the geographic bounds to reach other nations and states to shoulder this burden of countering the menace.