Looking for a gaming device? Try this one-of-a-kind phone 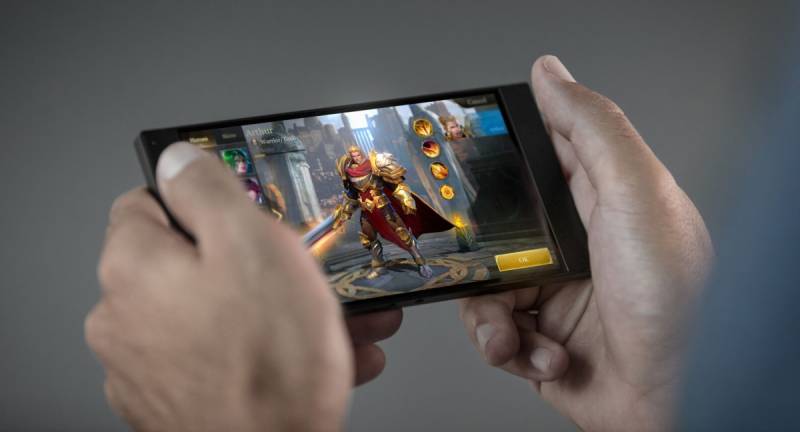 The idea of gaming on a phone seems quite unordinary, as most of us either own a console or a PC, or even both, which doesn’t really give smartphones a chance. There can be loads of issues with smartphone gaming: having a small screen, low-battery life, irregular sound, or the most annoying of all, sluggish running of games. No one enjoys playing games that can barely run on your device.

Razer is a company that is notoriously known for making PC gaming devices and peripherals. Their devices are highly priced, compared to competitors on the market, but perform just as well. Last year, Razer bought the Kickstarter company, which released the Nexbit Robin, a phone which essentially had infinite storage. The phone was a major flop, to say the least, mainly due to a weak concept alongside its fragile plastic body that even broke in some people’s pockets.

Razer is one of the many newcomers to the smartphone industry, and it was definitely one of the better phones in 2017. The Razer phone was geared with the best specs, a trend we usually see with flagships every year, being equipped with a Snapdragon 835, 8 GB RAM, 64 GB Storage, Dual rear facing cameras and a 5.7” 1440 x 2560 IPS Panel. To translate all that into English, it means that the phone has better specs compared to other phones and the best specs overall in 2017.

The device does not lack in performance in any sort of manner. It’s actually the first Android device ever to feature a 120Hz display, which can be toned down to 90 and the standard 60. What that means is that everything from scrolling web pages to video games to just swiping about the UI will look a lot smoother on this device. Razer didn’t follow the 2017 Infinity Display trend we had been seeing with almost all of the phones of 2017, and that is because it packs two extremely powerful front-facing stereo speakers instead. It’s weird hearing such powerful sound coming from a smartphone. These speakers are a must-have in any device with a display over 5.5. As good as the speakers are, Razer did disappoint by not including a headphone jack, though to their credit, they did provide a 24-bit converter in the box.

As good of a gamer phone, it is, it’s an even better ‘normal phone’. The device has a really nice aluminium chassis, paired with the box-ish industrial design and definitely feels durable. It’s like one of those phones, which don’t need a case, durable in and of itself. The battery is 4,000 mAh, which is a really good choice, considering that games tend to drain the power quickly. However, if you choose not to play games, the phone can easily last you for more than 2 days with light use, and around a day or more with heavy use. Another amazing fact about the battery is that it uses Qualcomm’s quick charge 4.0, which is the fastest standard yet, charging the entire giant battery in under 45 minutes.

The phone has been great, but watch out for this one: the dual cameras on the phone are terrible. Both sensors are 12 MP (Mega Pixels) with 2x optical zoom, but it’s still a poor camera. It could be a deal breaker to some, because since most of the pictures we take are from our smartphones, there is no need to bring a camera with us nowadays. The stock camera app particularly takes horrific pictures, especially in low light, but there is a way around it. Downloading the Google Pixel 2’s camera app will make the photo quality leagues better. It a quick fix, but people shouldn’t have to do that, considering that most people don’t know how to download a third party .apk file.

Now on to performance, the Razer phone doesn’t seem any better than most flagships on the market, aside from the 2/4 extra GB RAM, which sometimes helps. The phone does well in benchmarks, beating the Note 8 in Multi-core scores. The iPhone X does surpass it, but its benchmarks don’t really reflect its performance. The phone’s going to run smoothly regardless, that’s just how iPhones are. Though in real-world use, the Razer phone beats all of its rivals on the market, solely due to its 120Hz display.

Razer didn’t go crazy on the software side like Samsung usually does, meaning that your phone won’t start lagging after six months of usage. The company instead has installed the pro version of Nova Launcher, which is a first for any company. The phone does not come with Android 8.0. To their credit, the choice of using Nova Launcher instead of building a custom skin shows that Razer got to spend the time on perfecting the phone, instead of spending time on software.

The Razer phone is definitely a device to have on the list if you’re looking to buy a new smartphone that will be durable and will last you two or more years. Not the best camera phone, but an amazing overall device.