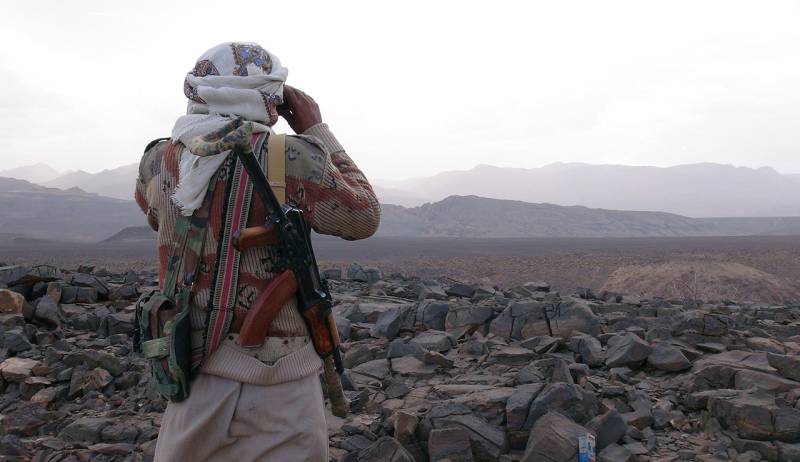 Till the disintegration of the Soviet Union, Yemen was not a single country. North Yemen and South Yemen unified on May 22, 1990. Don’t be under the mistaken impression that the Cold War was responsible for splitting the Arabian land like it did Germany, Korea and later Vietnam. While the British annexed South Yemen, the northern part became an independent country after the Ottoman Empire collapsed after World War I.

The North was always and continues to be predominantly more populated. In the decades to come, South Yemen became the Gulf peninsula’s only Marxist state. The USSR and Democratic Republic of Yemen (South Yemen) established diplomatic relations on December 1, 1967. Moscow generally regarded South Yemen as a more stable partner than Ethiopia. In addition, the first war between North and South took place in 1972. Within a month, a ceasefire was agreed upon which was followed by a successful talk in Cairo for unification.

Like most of the peace treaties, the devil lay in the details here too.

Unification proved to be a distant dream, and the next conflict broke out in 1979 after North Yemen accused the South of funneling in Soviet arms to topple the government in Sana’a. The southern forces was ready with an invasion plan with likeminded northerners who were trained and waiting. Before a ceasefire could be agreed upon, the northern troop had penetrated as far as city of Taiz in the south. The seeds of bitterness among people with little difference of culture and ethnicity had been sown deeper.

The 1980s saw the discovery of natural resource: oil exploration near the border, Ma'rib in North Yemen and the Shabwah Governorate in the South, leading to closer cooperation on economic grounds. By May 1988, the two governments had agreed to reduce tension and resume negotiation for reunification as well as cooperation in other areas of interest. Ironically, both sides agreed to adopt a draft constitution originally written in 1981.

Throughout the Cold War, capital of South Yemen Aden provided the Soviets with vital access to the Red Sea and Bab al-Mandib, especially for maritime surveillance. The Soviet military presence as well as extremely friendly government in Aden used to threaten stability in neighboring Oman and Saudi Arabia. Consumed by the Afghan war, the weakened USSR gradually lost influence over South Yemen. Two months after its collapse, the two Yemens unified as per the provincial constitution. Three years on, a bitter civil war broke out due to political differences between leaders from Aden and Sana’a. Alarmingly, the militaries could not be unified till 1994.

It was not until 1999 that the first free and fair presidential elections were held and Ali Abdullah Saleh was elected for a five-year term. Yemen was taking serious steps to becoming a democratic state. However, the time was not enough to address deprivations and grievances that had bundled up after decades of separation and rivalry.

Over the year to come, Yemen would remain a tribal hotchpotch with the federal writ limited in and around Sana’a. The enormous power vacuum made it an easy prey for foreign players with designs in the region. Al-Qaeda made its spectacular entry on the global scene when it attacked the USS Cole with an explosive-laden boat. Due to Soviet influence during the Cold War and its strategic and maritime significance, Washington was paying particular attention to Yemen. The same year, the US had given $1.2 billion in military and police aid to the Yemeni government.

Though rich Arab neighbors in the Gulf did assist Yemen financially but the country was never integrated in the Gulf Cooperation Council (GCC), which could have provided the poor Yemeni population with access to the job market across the peninsula. Instead, the GCC continued to rely on cheaper labor force from India, Bangladesh and East Asia.

Ayatollah Khomeini-led Iran, meanwhile, had cultivated deeper ties with the Zaidi Shiites in Yemen. The power vacuum provided the Iranian regime an excellent opening to recruit militants, train and arm them to eventually weaken the regimes it so forcefully abhorred.

In the absence of oversight, President Saleh led a corrupt and autocratic regime, which was ousted in protests inspired by the Arab Spring in Tunisia.

Instead of curbing the corrupt practices and adopting austerity measures, Hadi accepted IMF advice and lifted fuel subsidies in July 2014.

The Houthi movement, aligned with Iran, arranged mass protests seeking lowering of fuel prices and new elections. The pro-government parties too took to the streets. The lid of the pressure cooker lid blew off when the Iran-backed Houthi militia started an insurgency. By mid-September, they were fighting inside the capital, Sana’a. The militant sieged the presidential palace and forced the president to resign on gunpoint before letting him leave. Hadi claimed that he was the legitimate elected president of the country, which is recognized globally. The Houthis denied his claim while the military was split. The former president Ali Abdullah Saleh also aligned himself with Iran and stood by the Houthi militias. However, the military predominantly remains opposed to the Houthis coup, which had reneged on a deal with the UN. The minority militia had fought the Saleh regime. The Saudis had to intervene in 2009 as well.

President Hadi sought the intervention of the GCC states for restoring order in the country. The Saudi-led states complied in March 2015. Given the fragility of the state of Yemen in the wake of foreign powers i.e. earlier British, then Soviets and now Iranians, Saudi Arabia and Oman have been particularly watchful of the developments. The presence of Houthi militants in Yemen, armed with Iranian and Soviet weaponry including ballistic missiles as well as naval mines not only threatens its neighboring countries but also maritime traffic passing from the narrow Bab al-Mandib.

Thanks to harsh weather and the corruption of the elites, Yemen registered poverty rate of more than 50 percent, making it the Arab world’s poorest country prior to the Houthi insurgency.

Since the Houthi insurgency and Saudi-led counter-insurgency operations, the UN estimates that around 5,000 civilians have been killed. The International Organization for Migration reports that 2.4 million Yemenis are internally displaced.