COVID-19 Lockdown – A Country Based Perspective 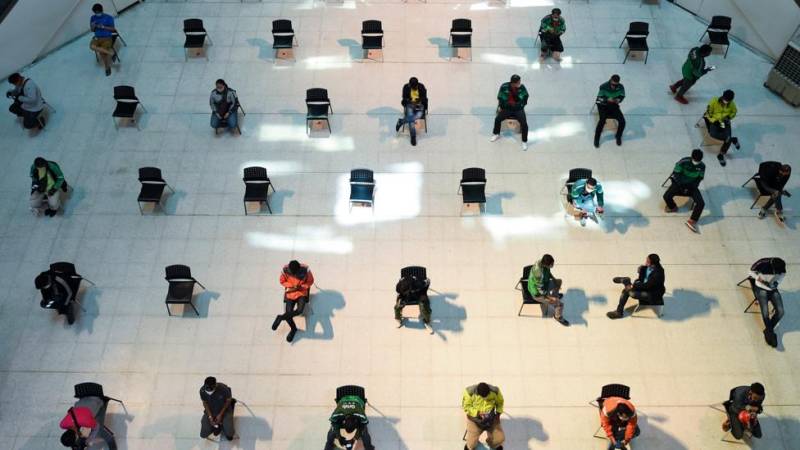 As the COVID-19 is seen spreading rapidly over the entire globe, most countries are resorting to a state of complete or partial lockdown. This means that people are restricted from traveling and carrying out their day-to-day activities. Many countries are now observing nationwide quarantines with strict measures to retain the state of lockdown. When WHO declared this Corona to be a pandemic, measures of social distancing and quarantining were called for by countries while maintaining the balance between protecting the health of citizens and minimizing the disruption of human rights.

As of 13th May 2020, Globally, there have been 4,139,794 confirmed cases of COVID-19, including 285,328 deaths, resulting in a fatality rate of approximately 5% while in Pakistan, there have been 32,674 confirmed cases of COVID-19 with 724 deaths, However, studies have suggested that the actual fatality rate is likely to be lower around 0.7%. Due to the huge number of undiagnosed COVID-19 cases, the actual number of cases soars much higher.

When a pandemic like COVID-19 breaks out, the large increase in the number of patients overwhelms the healthcare system far exceeding its capacity. Two strategies are implemented to tackle this problem; flattening the curve and raising the line. Flattening the curve strategy focuses on diminishing the total number of people that get sick thus slowing down the rate at which new people get sick by implementing strict lockdown while raising the line strategy helps by increasing the healthcare capacity in terms of manpower and facilities. Countries are seen to apply these two strategies in different ways. China was the first country to deal with COVID-19. China informed the World Health Organization about COVID-19 on December 31st, 2019.

A few weeks later on January 24th2020, China aggressively tried to flatten the curve by placing a major lockdown on the Hubei province, and then issued a similar lockdown on other regions within China. Authorities forced residents to stay at home except for essential activities. Moreover, public transportation was shut down and roads between cities were blocked off. If anyone in the community tested positive the entire community would be quarantined. This was brought to affect in 15 cities, affecting about 57 million people throughout China.

The measures were swiftly enacted and strictly enforced and 12 days later on February 5th, the exponential growth broke and the number of new cases started to fall. China also made efforts to raise the line. They built multiple hospitals dedicated to COVID-19 patients and flew in healthcare workers from less-affected regions of the country to staff these hospitals. The healthcare workers were provided well-designed PPE. By March the economy began to return to normal for China.

On the other hand, South Korea took on a slightly different yet equally effective strategy. To flatten the curve they implemented mass testing that was free, easy, and accessible. They offered to drive through testing stations where people were tested inside their car. They also had a phone booth like testing areas where the people would walk in to get tested. South Korea was performing 15,000 tests per day and by March 20th; they had tested around 317,000 people out of a population of 51 million which means 1 out of every 162 people were tested. Those who tested positive were either sent to a hospital if their symptoms were severe or to a quarantine facility if the symptoms were milder. As South Korea had such a thorough understanding of the COVID-19 patients, the lockdown was effectively carried out at the sick individual level rather than at the societal level like in China. To raise the line, South Korea made aggressive efforts around case identification so their healthcare system was well-prepared for the patients and had the resources to keep healthcare workers safe.

United States has had the most cases of the COVID-19 globally. By March 20th, the US had tested only 135,000 people which works out to 1 out of every 2,424 people. Roughly 15 times less than South Korea despite both countries having their first confirmed case on January 19th; one in the state of Washington and the other in Seoul Korea. In addition to the absence of widespread testing to identify which individuals, the United States mandated a lockdown with minimal enforcement. Without a federal mandate or enforcement of a lockdown, it was largely a scattered state-by-state effort that has mostly been voluntary. In terms of raising the line healthcare workers have generally had inadequate PPE especially N95s. As a result, hundreds of physicians and nurses have gotten ill or been quarantined. Intensive care units had started to run out with ventilators in short supply.

In a country like Pakistan, a huge majority of our population relies on daily wages. Implementing a complete quarantine would mean that people might be safe from the virus but die of hunger instead. One of the best strategies to flatten the curve that should be implemented by Pakistan is to quarantine the high-risk group which includes people older than 65 years of age and those who are immunosuppressed. This may include people who are diabetic, having heart failure, have had an organ transplant, or are undergoing active chemotherapy.

The rest of the people should be allowed to carry out their day-to-day necessary tasks while maintaining all precautionary measures like wearing masks, washing their hands, and most importantly social distancing. To meet the challenge of treating those who are infected it is a good idea to isolate everyone who is infected for 14 days. These infected people recover with no access to new hosts the virus basically has no place to go, and within two weeks they will all recover. Fewer cases mean that the healthcare system doesn't get overwhelmed and the mortality rates fall because everyone who needs care can get it. To raise the line, the Pakistani healthcare system can be strengthened by training more frontline healthcare workers, building more hospitals, and providing hospital staff with adequate PPE.

Hadiya Rahman is an Islamabad-based doctor and writer. She works for women empowerment and the creation of a better place for those less fortunate. Her writing varies from poetry and prose to throwing light upon the harsh realities of life.