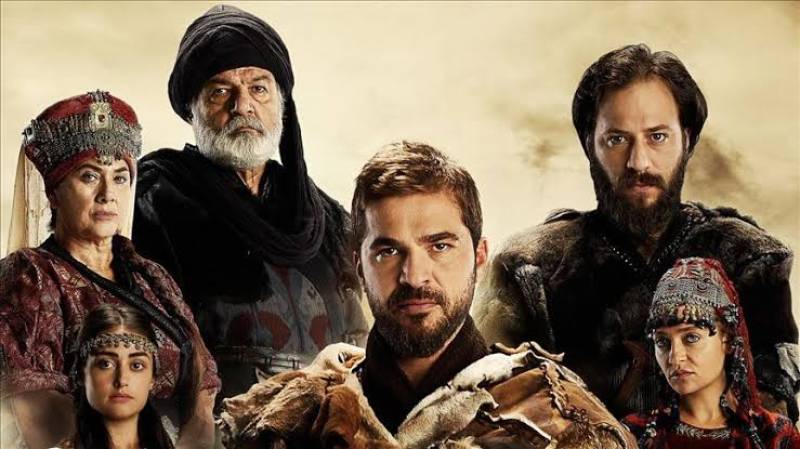 Turkish drama Resurrection: Ertugrul, has been smashing television records and become a major hit in Pakistan.

Several leading cast members of the show have thanked their Pakistani audience for the love and appreciation, and now producer Mehmet Bozdag is wondering why the two countries haven't collaborated yet.

"I am surprised that we did not make any collaborations till this day because we call each other brother countries,” said Bozdag to Anadolu Agency.

“However, we have never signed a deal in the field of culture and arts. So then where is the fellowship?”

“When one of us is in trouble, both countries are mobilized. But we should also do this act on better days and organize days of culture not only in the cinema but also in the field of cuisine, museums and history,” he continued.

He went on to say, “We shall share our experiences with Pakistan and they should share theirs with us, and together we will sign world-shaking deals.

According to Bozdag, "Even if Turkey and Pakistan have separate borders, the souls are of one nation."

Sharing the narrative behind producing the popular Turkish drama, Bozdag revealed, "When we started this project, we were not able to find trained horses that ran at the same time, tents were not produced and what people ate during the 13th century was a dilemma."

"When writing the story, I was 30 years old, the company was new and nobody believed in the project. After I wrote down the story, we invited a painter from Mongolia, and he depicted the story, and so the actors saw the project and had faith in it."

He further added,”While imagining, we never forgot about the reality of the period and the spirit of Islam. All of the historical dramas around the world do the same thing. We are not the first ones to come up with this method.”

Bozdag also shared that the story of Ertugrul "will continue as Kurulus: Osman." It is expected to run for five to six more years and will be among the most popular projects of the season.

Seems like the fever of binging of Turkish dramas won’t be ending anytime soon!