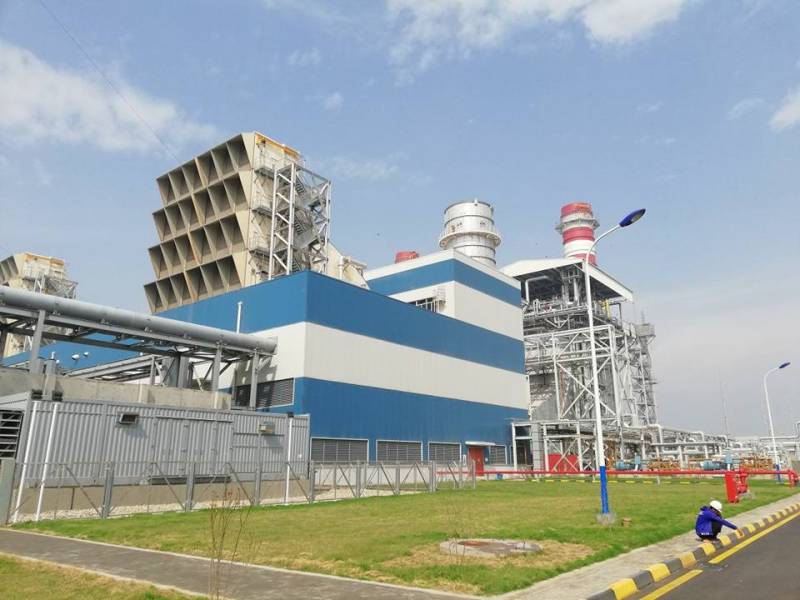 Both power plants are fitted with highly efficient General Electric 9HA.01 turbines, with one of the higher efficiency levels in the country. The power plants were financed largely through Public Sector Development Program (PSDP) allocations – with 30 percent of the project cost classified as Equity, while the remaining was classified as Debt. National Electric Power Regulatory Authority (NEPRA) in August, 2016, determined a levelized tariff for 30 years of US cents 6.1145 per kWh for HBS, and US cents 6.1223 per kWh for Balloki. The tariff is presented here in US cents (rather than PKR), because a significant component of tariff, is pegged to US$, so any change in PKR-US$ parity also results in a corresponding change in tariff in PKR terms.

Tariff of a power plant primarily consists of two components, viz. variable charge, and capacity charge. Variable charge refers to consumption of fuel, and other variable expenses which are incurred during production of electricity. Similarly, capacity charge largely refers to fixed costs, which would incur whether electricity is produced or not, and primarily covers, a component for Return on Equity (ROE), principal repayment of debt, and interest payment of debt. In tariff determinations, Internal Rate of Return (IRR) is often fixed for a period of 30 years, to provide necessary incentives to investors, covering for risk.

The IRR in this case was fixed at 16 percent in US$ terms – which means that even if the PKR depreciates, the funds need to be paid in US$, thereby incurring higher PKR expense. Similarly, cost of debt was pegged to KIBOR + 3 percent.

In-effect, Government of Pakistan is the primary sponsor of the project, which in return for its investment in power plants is expected to generate PKR 40 billion, or US$ 286 million every year, for the first ten years, as payment for interest, principal, and return on equity. The same amount can be distributed as dividends, or reinvested in other power projects. For the first ten years, the cumulative receipts would amount to US$ 2.86 billion. For the next twenty years after that, the sponsor will continue to get US$ 104 million as ROE payment, which can be distributed to the national exchequer in the form of dividends.

National Power Parks is a highly profitable company, and 1Q-FY19 results indicate that it generated profit of PKR 2.7 billion. The company has an equity base of PKR 122.5 billion, and a loan from Pakistan Development Fund Limited (PDFL) of PKR 32.7 billion – which will most likely be converted into equity, before privatization. Looking at listed power plants on the Pakistan Stock Exchange – the average Price-Book value is 1.5x, suggesting that any buyer would bid for National Power Parks in a range of PKR 233 billion (or US$ 1.66 billion).

A significant one-time inflow of US$ 1.66 billion looks like a sweet deal, until you realize that a perfectly healthy power company, which is profitable, and self-sustaining is being sold-off, resulting in potentially higher US$ outflows in times to come. Over the next ten years, there may be a potential outflow of US$ 280 million every year, in terms of principal, interest, and ROE payments received by the power plant. In-essence, the buyer would be able to recoup its initial investment in less than 6 years – while the country will be hooked on to managing an outflow of at least US$ 280 million during the first ten years, followed by US$ 104 million during the following twenty years. In such a scenario, is a privatization really justified? The dividends that can be paid by the project to Government of Pakistan would be significant to support social objectives of health and education, while also conserving precious foreign exchange reserves.

In purely cash flow terms, an outflow of US$ 280 million for the first ten years, against upfront privatization receipts in the range of US$ 1.66 billion seems to be a high price to pay for access to foreign exchange liquidity, while also losing control of a profitable and self-sustaining national asset. It might be prudent to issue a Eurobond at prevailing yield, thereby keeping cost of funds low, rather than privatization of these power plants.

Is there any sound reason to privatize a profitable and self-sustaining national asset – potentially guaranteeing a return in excess of 16 percent to the foreign buyer in US$, while the same can be used to strengthen local fiscal position.

Foreign Direct Investment is certainly welcome, but not at the cost of national assets. A comprehensive privatization program would focus on restructuring entities which are a drain on the national exchequer, rather than selling away entities which are contributing positively to the national exchequer. National Power Parks can be made part of the newly formed Sarmaya-e-Pakistan holding company – thereby providing necessary liquidity to fund other sick entities.