One Nation One Curriculum

When one gets used to being privileged, equality feels like oppression! 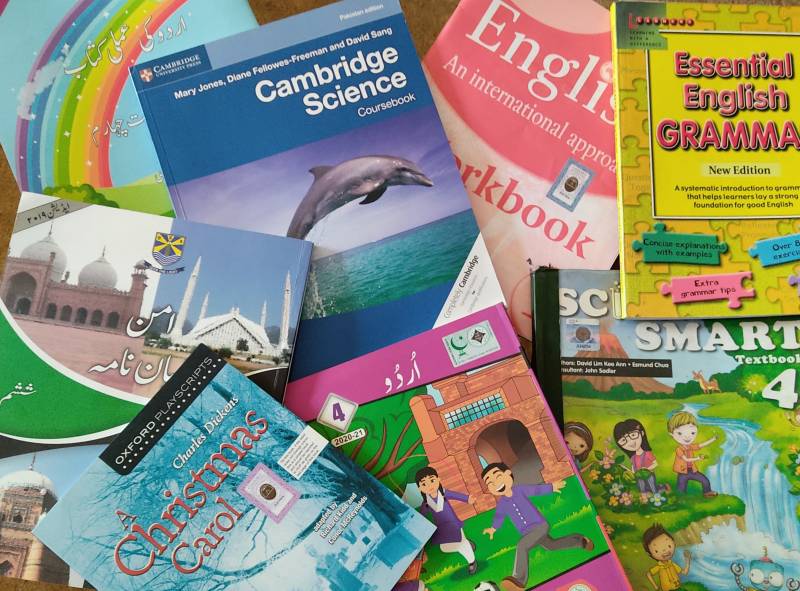 IB, Cambridge, Provincial Board systems, Federal Board system, and the multiple conventional Madarassah systems, working simultaneously in a country can bring nothing but disorder. It has always been a challenging question for any parent as to which school and system he should opt for his child’s education. The answer lies in his financial status, his location, his approach towards edification, and of course, the social trends.

The implementation of SNC (Single National Curriculum) has triggered a state of panic. People related to education, directly or indirectly, have questions about its workability, sustainability, and practicality. Be it a parent, a student, businessman, economist, political expert, or a religious man, everyone has a lot to say. Where many seem excited and relieved, there are several aggrieved as well. Some see it as a change while others apprehend stagnation. Questions surfacing up vary from person to person. Would it be possible for the government schools to achieve the levels of excellence required by a uniform curriculum?  Would a private school’s student be able to handle certain subjects in Urdu? Would it be wise to pay thousands of rupees to the elite private schools when they’ll be teaching the same curriculum as others? Will the books be properly tailored to bridge the gaps between the multiple education systems? Would it be a good idea to exclude ICT at the primary levels? Would schools be able to do justice to teaching Quran? What about the people who believe that learning Quran in Arabic is futile as it’s the manual about living a life and not reciting without understanding? Will these model books be equally useful in steering the child towards international examinations? Can a child of a poor servant take the same exam as the child of a millionaire? These questions depict our psyche, the mind-sets, the tangible realities, financial divisions, and classes of our society.

Many portals, platforms, and forums on social media prove that the parent body has never been satisfied with the education situation and systems. A majority of parents are witnessed complaining and showing their disappointment in the curriculum, frameworks, teaching methodologies, and ever-increasing fees. A single curriculum for all has been a constant demand by the stakeholders of the education business i.e., the parents. Mrs. Tooba Tahir, a mother of four says, “Keeping my fingers crossed, I’ve been waiting for this since forever. The existing education system in our country is haywire. Many still struggle to understand the logic and difference between matriculation and O levels! It’s all just business. Due to the negligence and mala-fide intentions of our previous governments, we are exploited by the private schools. They force us to buy books printed at their own printing houses. The curriculums are imported from abroad, hardly custom-designed to fit the requirements of our youth; but bringing huge profits to the schools and an average gain to us.”

The deliberate degradation of government schools hasn’t left the people with another choice. Therefore, come hell or high water, every parent tries hard to afford a private school. SNC is a hope that whichever school a parent may choose; the curriculum would be the same. The only concern would be, the quality of tutelage.

“In a few decades, private schools have very intelligently created a market of their own. With their own standards, their fancy uniforms, their curriculum, and printing houses, they’ve been able to establish small dynasties of their own. The huge banners feel under threat now. Such schools are likely to provoke the parents, instilling fear of a poor career of their children. All we need is to stay put!”, said Mr. Iqbal Hassan (a parent). The arguments and chaos can be seen on social media forums. The nation needs to comprehend that the national curriculum has been designed by collective efforts and most of the renowned scholars and prestigious institutions have contributed to this cause. There are several misconceptions regarding the medium, making it a war between Urdu and English. SNC suggests Islamiat and Social Studies be taught in Urdu whereas, the medium of teaching for the rest of the subjects would be English. People with a progressive attitude think it to be a recessive step. Command over the national language has always been irrelevant in our social philosophy, whereas, English is indispensable as it is generally associated with intellect and competence. Significance and utility of the English language is unquestionable, but marginalizing the local and national languages is also unjustifiable. We have countless examples of people who have studied the local board assigned textbooks and yet accepted by International universities worldwide. The efficacy of any curriculum is contingent upon the execution, and equipping the teachers with the knowledge, attitudes, and skills they require to perform. It’s high time we reject the misconceptions and marketing ploy of the private schools to justify their high fee and flamboyance.

SNC will reveal the weaknesses in the ever praised multitude of private schools compared to the Urdu medium government schools. It is a composed and balanced step towards synchronizing the categories among our society. It’ll push and pull both the sectors: private and public. Multiple Comparative studies have been carried out, to align SNC with international standards. It includes the analysis and comparison with standards of the UK, Cambridge, Singapore, and Indonesia/Malaysia. A thorough consultation with all the educational sectors and systems is professed on the official website. The four-tiered process comprehensively covers the curriculum documentation, development of the model textbooks, teachers’ training modules, and assessment framework. SNC focuses on defining the framework, specifying the topics. The model books would reassure the achievement of the objectives. The schools would be responsible for teaching whichever way they prefer. They are free to utilize pre-approved extra books, supplementing and supporting the learning process.

Much criticism is observed by the modern approach. The content of Islamiat is heavier as compared to the previous syllabi. Along with the Quran Nazra and hifz of surahs, a number of Ahadith are included as well. The lot suggesting comparative religion deems it to be an extreme step. Besides, for a child aiming at O levels, it would be difficult to switch the medium of instruction as all the subjects including Islamiat are taught as well as assessed in English. Furthermore, when it comes to interacting with the world outside Pakistan, our youth should be well versed and competent enough to explain and convey their Islamic beliefs. For that, the basic vocabulary and expression is a must which can only come if they’ve been taught in a language understood by the rest of the world.

Even after so many years of independence, we have been unable to take pride in our entity. Instead of creating an educational framework on a national level and making it at par with the international levels, we have preferred to copy-paste others. Adopting the curriculum as well as the examination system has made schooling ridiculously expensive. A regular program of O levels costs around seven lakhs per child. The school fees, the extra tuition fees paid to academies, as none of the schools is competent enough to guarantee good grades to a child, the multiple books, and the Cambridge examination fee, PKR17000 for a single subject. How many of us can conveniently afford it? Another obvious side effect is the inequality and confusion deliberately created by the several systems. Why do our students require to testify on the international standards at such young ages? Our local matric system should be competent enough to enable our generations to compete with any foreign assessment system. Besides implementing a uniform framework, there is a need to regulate the teaching tools and methodologies, along with the implementation of a standardized, transparent assessment system. The tarnished board examinations and checking strategies have made our accreditation worthless internationally. People prefer spending a fortune on Cambridge degrees as they believe it to be the only door to explore the foreign academic world.

The panic reveals the mistrust of our governmental initiatives, based on past experiences. We’re constantly fed lies and policies go to trash, the moment a government changes.

Ms. Rabia Shuja, a middle school teacher says, "Once into the system, things will automatically evolve and improve. National curriculums are enforced around the world. Private schools still flourish as they offer a better student-teacher ratio and extracurricular activities. People focused on additional skills always have a choice to add on the electives and individual coaching. Instead of impeding the implementation of a much needed and well-thought project, they should consider the collective benefit.” The panic reveals the mistrust of our governmental initiatives, based on past experiences. We are constantly fed lies and policies are trashed the moment a government changes. Therefore, Pakistanis find it almost impossible to have faith in any reform.

The Revolutionary idea of SNC; a single system of education, and a common platform of assessment so that all the children can have a fair and equal opportunity to receive a quality education, is a remarkable effort to bring the whole nation to one page. Fear of the unseen is lethal! A practical solution to resolve the panic would be to go through the contents, action plan, assessment frameworks, teacher training, and overall ecology. The competition between both sectors is very much alive as it is all dependent upon the execution. Besides, the schools focusing on grooming, extra activities, and co-curricular accomplishments would have an edge. Socially, it will improve our image worldwide as nations taking pride in their own identity and language have always earned respect. Let us see what SNC proves to be; Merely another experimentation or an epoch-making move, banishing the social inequality and uplifting all, irrespective of status and position.

The writer is a lawyer and a freelancer.