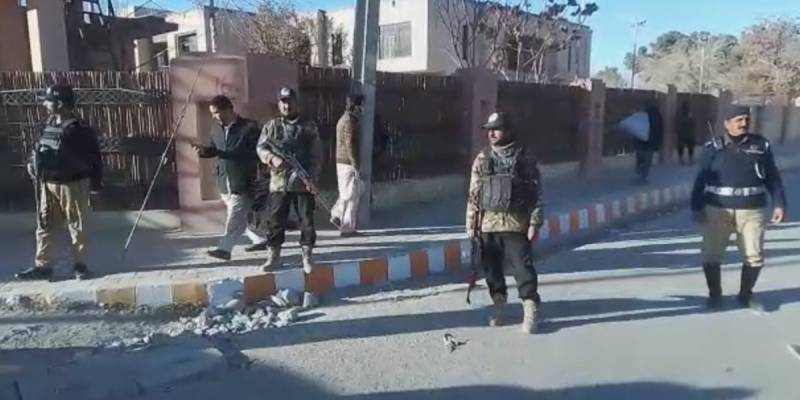 QUETTA – At least two people were killed and four others injured in a blast in capital city of Balochistan on Friday.

The explosion took place near the commissioner’s office in Quetta, which claims two lives and injured four other persons.

Two vehicles and a truck were also damaged in the blast. A heavy contingent of police reached the spot after the blast and cordoned off the area.

All the injured persons have been shifted to hospital for treatment.

This is the second blast in a day in Balochistan as earlier today at least sixteen people were injured in a blast at hakri road of Sibi.

According to the police, miscreants planted a hand grenade on a motorbike near Luni Chowk, which resulted in injuries to 16 people. The wounded include two minors. All the injured have been shifted to the Civil Hospital and the Divisional Headquarter Hospital.

The police added that a Kashmir Solidarity Day rally passed from the area moments before the blast.

QUETTA – At least sixteen people have been injured in a blast at Chakri road of Sibi. According to the police, ...