From Kotli, PM Imran urges world to fulfill promises made to Kashmiris under Indian occupation 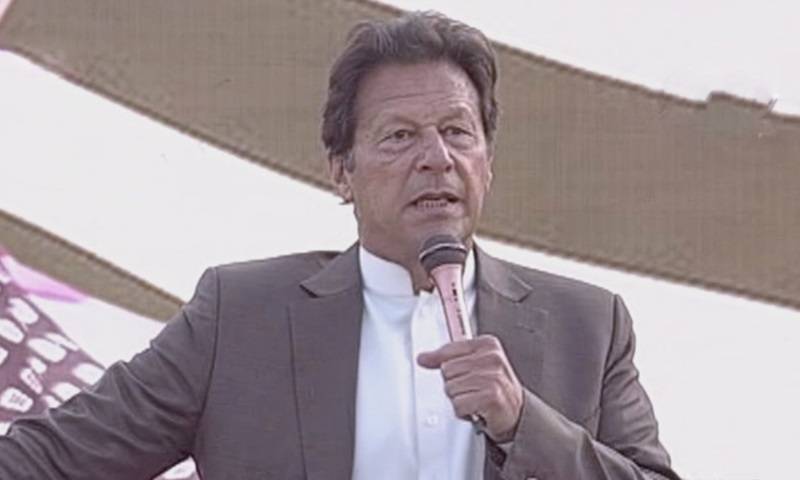 KOTLI – Prime Minister Imran Khan has reminded of the world community to fulfill its promise of organizing plebiscite in Kashmir, giving an opportunity to Kashmiris to decide their fate in light of UN resolutions.

He was addressing a public rally in Kotli area of Azad Kashmir, in connection with Kashmir Solidarity Day being observed on Friday.

He said that the international community has promised with the people of Kashmiris in 1948 under UN Security Councils' resolutions that they will be given an opportunity to either join India or Pakistan, which still needs fulfillment, reported Radio Pakistan.

Imran Khan expressed the hope that the day will come when Kashmiris will choose Pakistan over India and we will give them the right either to remain independent or become part of Pakistan.

In his message to the people of Indian Illegally Occupied Jammu and Kahmir, the Prime Minister said the entire Pakistan as well as the Muslim world and just people, across the globe, are standing shoulder to shoulder with them in their struggle for right to self-determination. He said that Pakistan is cognizant of the oppression being committed against the people in IIOJK by the Indian forces. Imran Khan said he will continue raising Kashmiris' voice on all world forums.

The Prime Minister said he, soon after coming to power, sent a message of friendship to Indian leadership to make them understand that the issue of Kashmir cannot be resolved through use of force. He said no army or the superpower can win a war against an entire population. He said India cannot suppress Kashmiris' voice through the barrel of gun as even the newly born baby in Kashmir opens his eyes with sentiments of freedom in his heart.

On #KashmirSolidarityDay, I want to reiterate that Pakistan stands united & resolute with the Kashmiris in their legitimate struggle for self-determination, which has been reaffirmed by the international community in numerous UNSC resolutions.

Earlier today, the premier reiterated that Pakistan will stand united and resolute with the Kashmiris in their legitimate struggle for self-determination.

ISLAMABAD – Chairman of the Parliamentary Committee on Kashmir Shehryar Khan Afridi on Friday called upon US ...