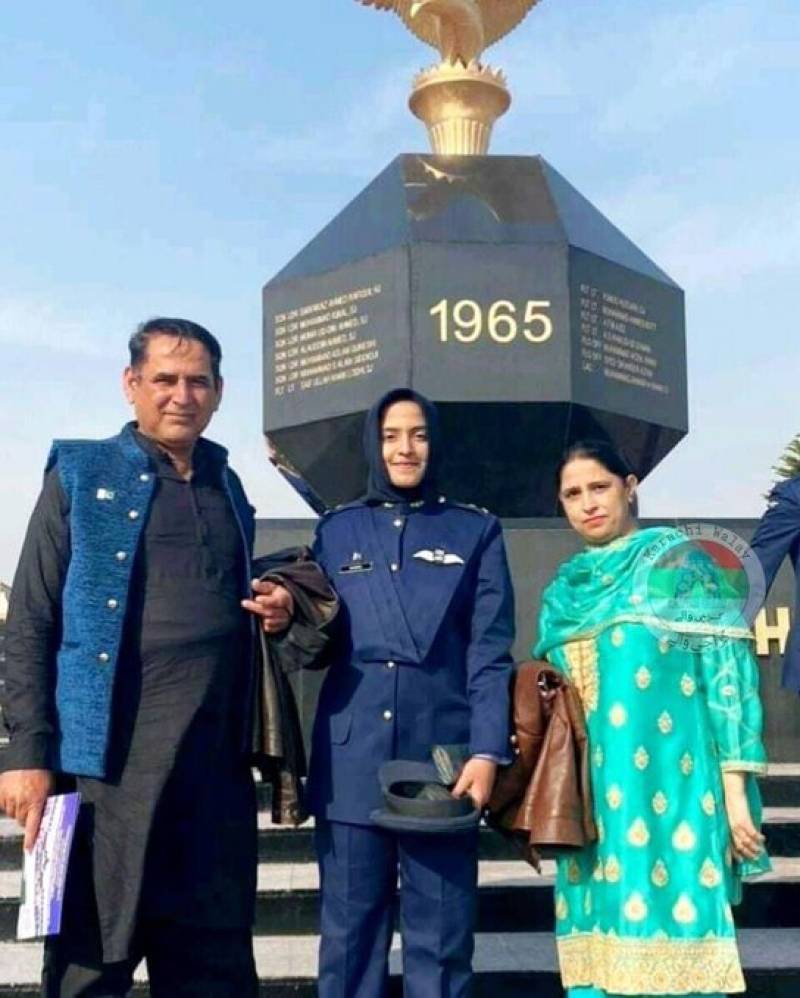 KARACHI – The daughter of a traffic warden in Karachi has been selected for general duty pilot in the Pakistan Air Force (PAF).

Nashrah Shakir, daughter of Shakir Ahmed Malik, studied at the Meritorious Defence Chapter Tuition Centre that shared her picture on their social media account and congratulated her on her success and prayed for her future as well. Shakir Ahmed Malik is a traffic warden in Clifton, Karachi.

A lovely & rare picture of Pilot Nashra with her Father. pic.twitter.com/49MwFDFkkR

Female pilots are rare in Pakistan and truly inspirational, not only for their achievement, but also for breaking stereotypes and rising strong in a dangerous and overall tough profession. However, 2021 is not the year that the PAF finally let in women.

The first female fighter pilot in the history of PAF is Ayesha Farooq, who was commissioned in 2013. She was the 19th female pilot in PAF, but the only one ready for war. She now flies missions in a Chinese-made Chengdu J-7 fighter jet alongside her 24 male colleagues in Squadron 20.

Marium Mukhtiar, daughter of Col Ahmed Mukhtiar, was from Karachi as well. Marium was the first female pilot to lay down her life in the line of duty when her plane crashed near the village of Kundian in Mianwali District on November 24, 2015.

Speaking of inspirational women in the skies, we must remember Pakistan’s first commercial female pilot Shukriya Khanum. She qualified as a pilot in 1959, straight after graduating from the Lahore’s Government College. However, it took 30 years before another woman followed in her footsteps. Khanum died of cancer at the age of 82 in 2017.