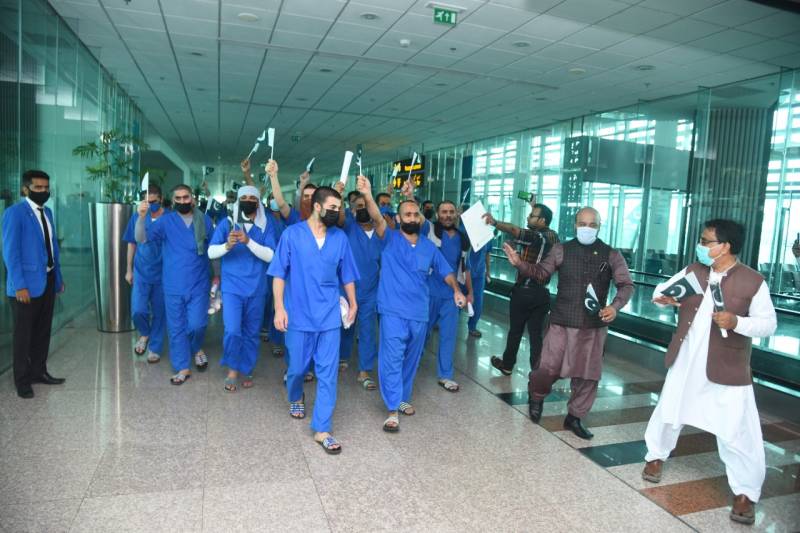 ISLAMABAD – A total of 63 Pakistani prisoners, who were recently released by Saudi Arabia, arrived at Islamabad International Airport (IIA) on Tuesday, just a day before Eid al-Adha.

A big Eid for families of released prisoners from Kingdom of Saudi Arabia, that arrived to their loved ones today.#overseaspakistanisfoundation #OPF #Prisoners pic.twitter.com/7wiMDysB9T

According to the OPF spokesman, prison sentence of 63 Pakistani prisoners detained on minor drug related cases in Riyadh, was waived off by Saudi authorities on orders of its King Salman Bin Abdulaziz Al Saud and due to persistent efforts of Pakistan Mission, Riyadh, Ministries of Foreign Affairs and OPHRD, and others.