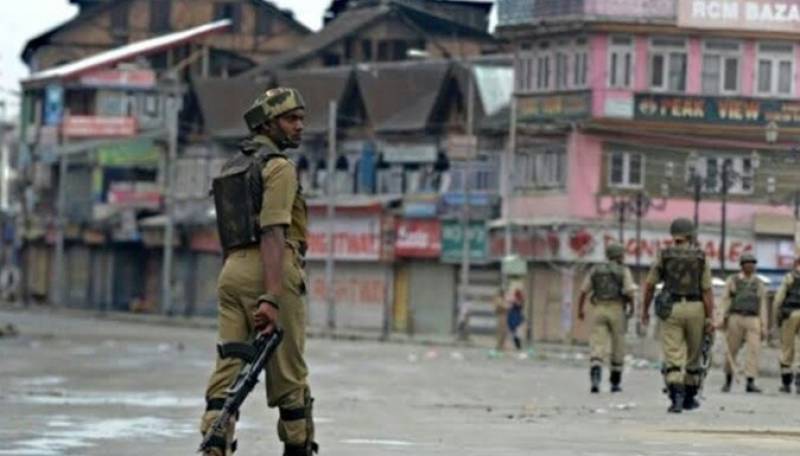 ISLAMABAD – Chairman of the Parliamentary Committee on Kashmir Shehryar Khan Afridi on Friday called upon US President Joe Biden, United Nations secretary general, and the world community to put pressure on India to immediately release Kashmiri political prisoners arrested after the abrogation of Article 370 and 35-A on August 5, 2019 in violation of international human rights laws and UN charters.

“This communication blackout by Hindutva regime aims at withholding information and to keep the Kashmiri people disconnected from the rest of the world. India’s occupational regime wats to keep Kashmiris caged in world’s biggest prison,” the minister said.

The minister urged the Biden administration to immediately take cognizance of the human rights abuses and use of RDX by occupational forces in destroying houses and properties of the Kashmiris under the Hindutva’s plan of genocide of Kashmiri people.

He urged the US administration to ensure immediate lifting of internet curfew and communications blackout, release of political leaders and bringing an end to India's illegal and unilateral actions in the IIOJK.

Urging for a more proactive Parliamentarians’ role in highlighting Kashmir cause to make India accountable for its crimes against humanity in IIOJK, Shehryar Afridi said the implementation of UNSC Resolutions on Kashmir is a collective responsibility of all the Member States of the United Nations.

Chairman Parliamentary Committee on Kashmir Shehryar Afridi said that there is a growing momentum among international Parliamentarians worldwide to work together to galvanize world conscience to halt India’s aggression and make it accountable for its atrocities against Kashmiris in IIOJK.

He said that the political leaders and legislators in several countries, including the US, Canada and Europe, including the Chairperson of the European Parliament have also expressed their concerns on IIOJK.

"Pakistan is committed for peaceful resolution of Jammu and Kashmir dispute under Prime Minister of Pakistan’s vision shared at the UNGA Sessions through a full spectrum of Parliamentary and diplomatic outreach, engagement with media, think-tanks, academia, intelligentsia and civil society," he said.

While advocating for the right of self-determination to People of IIOJK, Shehryar Afridi said that Indian Occupation Forces cannot strip off the right of Kashmiri people to determine its own destiny as enshrined in UNSC resolutions under the auspices of UN.

He said that Kashmiris' struggle for self-determination has gained a new impetus recently under Modi's regime.

Shehryar Afridi said, "India has lost currency on its narrative of foreign involvement in Kashmir. He said that BJP regime’s actions are propelled by racist ideologies of fascist RSS."

Indian occupation forces are martyring innocent Kashmiris in staged encounters under the garb of so-called cordon and search operations, "India's extra-judicial killing of hundreds of innocent Kashmiris including women and children is in complete violation of the fundamental precepts of international humanitarian law," he said.

He mentioned that since August 5th, India has been implementing a well-planned strategy of military occupation, land confiscation, influx of non-Kashmiris and creation of alien settlements in the disputed territory. He said that IIOJK is in grave danger of being completely colonized by outside settlers with the indigenous Kashmiris losing their political and cultural identity, their rightful demographic majority and ownership of their properties in their own homeland. "The demographic apartheid is aimed at affecting the outcome of a plebiscite envisaged in the UN Security Council resolutions," said Afridi.

He said that the highly condemnable Indian action is clear violation of the UN Security Council resolutions, bilateral agreements between Pakistan and India and international law and in particular constitutes violation of the Fourth Geneva Convention which states that “the Occupying Power shall not deport or transfer parts of its own civilian population into the territory it occupies”.

He said that the communication blockade by India is another form of collective punishment and clear violation of article 19 of the Universal Declaration of Human Rights which mandates that “everyone has the right to freedom of opinion and expression."