Biden sticks to defending Saudi Arabia's sovereignty... but Yemen war 'has to end' 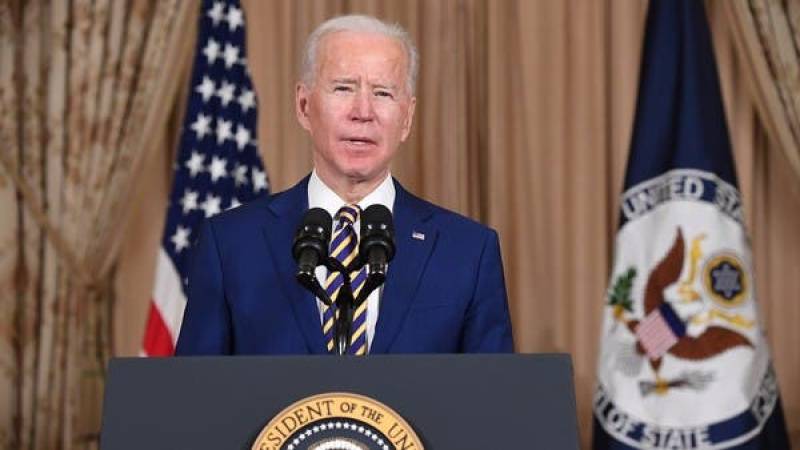 WASHINGTON – The United States ended support for military operations by its allies in Yemen war, besides vowing to continue to defend sovereignty and land of Saudi Arabia.

US President Joe announced a major shift in his first foreign policy speech since taking office.

Biden said the war in Yemen “must end”.

“At the same time, we’re going to continue to support and help Saudi Arabia defend its sovereignty and its territorial integrity and its people,” Biden said, adding that the Kingdom continues to be targeted with missile attacks.

He also announced the appointment of a special envoy for Yemen.

This afternoon, I’m visiting the @StateDept and delivering remarks on America’s role in the world. Tune in. https://t.co/zWG3UETxGX

Under Mr Biden's two predecessors, the US supported a coalition led by Saudi Arabia against Houthi rebels in Yemen.

The conflict has left millions of Yemenis on the brink of starvation, besides claiming lives of nearly 110,000 people.

Fighting between a weak Yemeni government and the Houthi movement started in 2014 and it escalated a year later, when Saudi Arabia and eight other Arab states launched air strikes against the movement.

Saudi Arabia had welcomed the US commitment to cooperating with the Kingdom in defending its sovereignty and to confronting threats targeting it.

In a statement issued on Thursday, the Kingdom reiterates its firm stance in supporting efforts to achieve a comprehensive political solution to the crisis in Yemen.

It also welcomes US position underscoring the importance of supporting diplomatic efforts to resolve the situation in Yemen, including the efforts of the United Nations Yemen Envoy, Martin Griffiths, according to the Saudi Press Agency, SPA.

Biden also announced significant increase in the number of refugees accepted by the US, moving beyond Trump’s policies.

On Russia, the new US President said: "I made it clear to President [Vladimir] Putin, in a manner very different from my predecessor, that the days of the United States rolling over in the face of Russia's aggressive actions… are over."

WASHINGTON – The United States is all set to designate Yemen’s Houthi movement as a foreign terrorist ...