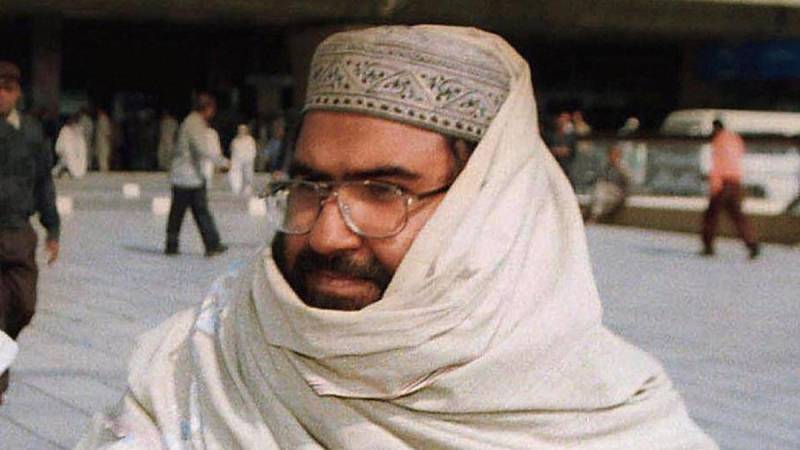 There are two views on the blacklisting of Masood Azhar: one in India and the other at the United Nations. And the two are different.

If you are in the Indian capital, the story is that the UN has blacklisted a Pakistani militant leader for his anti-India actions in Kashmir; the UN and the international community backed India’s narrative; Pakistan has been rebuked, which, according to this view, was desperately shielding Azhar.

Then there is the view from New York City. This view contradicts the official narrative promoted by Indian media.

The reasons are given for this listing on the UN website shows where the Indian narrative is different. The committee gave as “reasons for listing” Azhar the following: “… being associated with Al-Qaida” and for being the head of JEM which is “associated with Al-Qaida, Usama bin Laden, and the Taliban.” JEM, or Jaish-e-Muhammad, was added to the list in October 2001, four weeks after the 9/11 terror attacks committed by Al-Qaeda.

There is no mention of Azhar being a Pakistani citizen or linked to Pakistan, or of him acting against India, or being linked in any way to Kashmir or to Pulwama, the site of a terror attack in the disputed territory of Kashmir in February that India tried to pin on Pakistan but failed due to lack of evidence.

The story does not end here. The UNSC committee saw a diplomatic breakthrough that you will miss in the fog of Indian media’s tribal jubilation dance.

The United States, Britain, and France originally tabled the proposal to blacklist Azhar. The original proposal pandered to India’s demands that the UNSC committee formally links Azhar to Pakistan, to Kashmir conflict, and to Pulwama. Pakistan had already banned and dismantled the JEM in 2001 and had no objection to listing Azhar as well, who has mostly been sick and under house arrest. Islamabad’s only objection concerned India’s attempts to ‘politicize’ the listing and use it to transform Kashmir conflict into a question of terrorism and settle scores with Pakistan, instead of holding peace talks to resolve the conflict. China backed this Pakistani position and held up any vote on India’s version of the proposal for more than a decade.

The surprise now is manifold: Azhar has been listed because India retreated from its position. And Washington joined Pakistan and China in passing a compromise version of the listing that removed Pakistani objections and convinced India to accept the new version. Or is it that India had a chance of heart? Hard to know until someone in New Delhi confirms.

Also, Masood Azhar’s case is said to be indirectly linked to Iran. Western powers have apparently arranged to give an election gift to Modi in exchange for apparent Indian commitment to end Iran oil purchases.

One Indian journalist went against the massive jubilant fireworks in the Indian media that was presenting the listing as an endorsement of New Delhi’s position on Pulwama, Kashmir, and Pakistan.

That journalist is Suhasini Haider, who noted in a tweet on the same day:

“UNSC listing refers to Azhar's terror role in 1990s, IC-814 hijacking, links to Al Qaeda, Osama & Taliban, and call to recruit Jihadis for Afghanistan, but no reference to Pulwama or Kashmir in the listing. US, UK, France original proposal had Pulwama, so it has clearly been dropped.”

So, the actual story is completely different. The real story is about a diplomatic breakthrough at UNSC based on a compromise by India, supported by Washington, and in line with Pakistan and China’s positions, with both Islamabad and Beijing compromising on Azhar.

It’s not a small story that India consented to dropping any references to attacks on India or Kashmir for this designation to pass strictly based on Azhar links to AlQaeda/Taliban/BinLaden. Pakistan and China backed this, and so did the US. India did an about-face and stepped back from its decade-long position.

Frankly, no one in Islamabad, Beijing, or Washington could have anticipated this Indian change of heart, if this is a real change and not a desperate move because of elections.

In other words, India dropped Kashmir to get Masood Azhar listing for Prime Minister Modi to spin in his difficult reelection campaign. Which he successfully did, let’s admit. But there is hardly any value to the designation. JEM has already been dismantled. Pakistan stopped any contacts with the group after 2001 and came down hard on JEM’s Al-Qaeda and Taliban allies. Azhar himself is sick and inactive for over a decade.

But this tendency to view every development in the Pakistan-India story as zero-sum risks overshadowing positive compromises that could lead to peace.

So, a positive spin on what happened at the UN should recognize how India, Pakistan, and the world powers achieved a compromise in an issue involving the intractable Kashmir conflict.

On May 1, 2019, a major international diplomatic breakthrough was achieved at the UN Security Council on Kashmir conflict and Pakistan-India relations. It is a feat for diplomacy on an intractable dispute, and a rare example of how compromise by all parties can resolve complex situations.

Pakistan and China dropped opposition to blacklisting former militant leader Masood Azhar following a series of compromises by all sides, including India conceding demands on the wording of the reasons for the designation. New Delhi has also reportedly committed to major powers to starting Kashmir peace talks with Pakistan after elections.

Dropping references to Kashmir 'terrorism' and committing to peace talks in exchange for this designation is a defeat in a way for hawks in India. New Delhi retreats from a decade-long position of linking Azhar to Kashmir. Interestingly, the United States and some Europeans asked India to drop the line linking Kashmir to terrorism, diplomats say.

New Delhi could be deserving of praise if this was done with the conscious decision to give boost to peace with Pakistan and in Kashmir. If indeed this was the case, it has, however, been eclipsed by triumphalism in Indian media portraying Azhar listing as an endorsement of India’s position on Pulwama attacks and some sort of a diplomatic defeat for Pakistan.

So, in Masood Azhar designation, Modi gets a modest victory to show to his voters in a difficult election, while Pakistan succeeds in defeating a decade-long Indian diplomatic push to convince the world to link Kashmir to terror through Azhar. In short: India wins a battle (blacklisting Azhar) but chooses to lose a war (to link Kashmir to terrorism; forced to drop this line under Chinese and American pressure.)

Do the Indian and Pakistani compromises point to a breakthrough for peace in Kashmir after Indian elections? Fingers crossed in world capitals.