IT Exports in Pakistan – A fantasy or Reality? 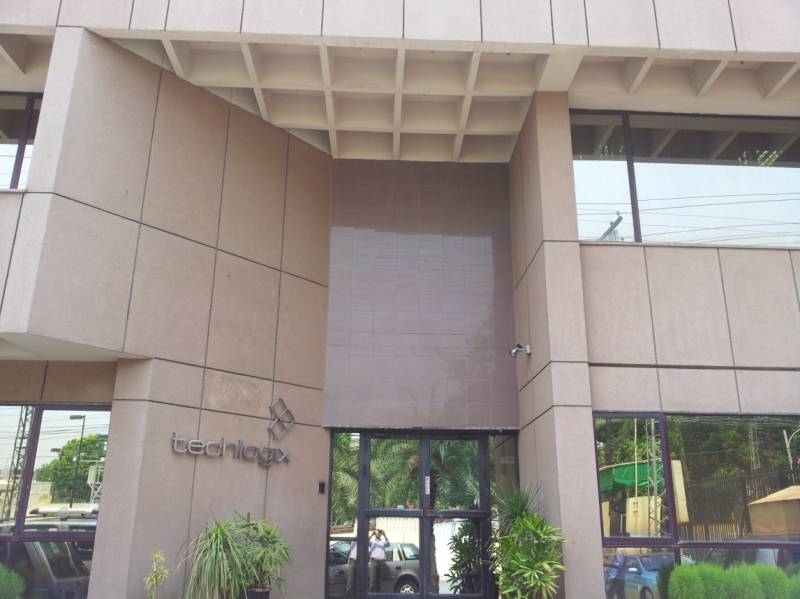 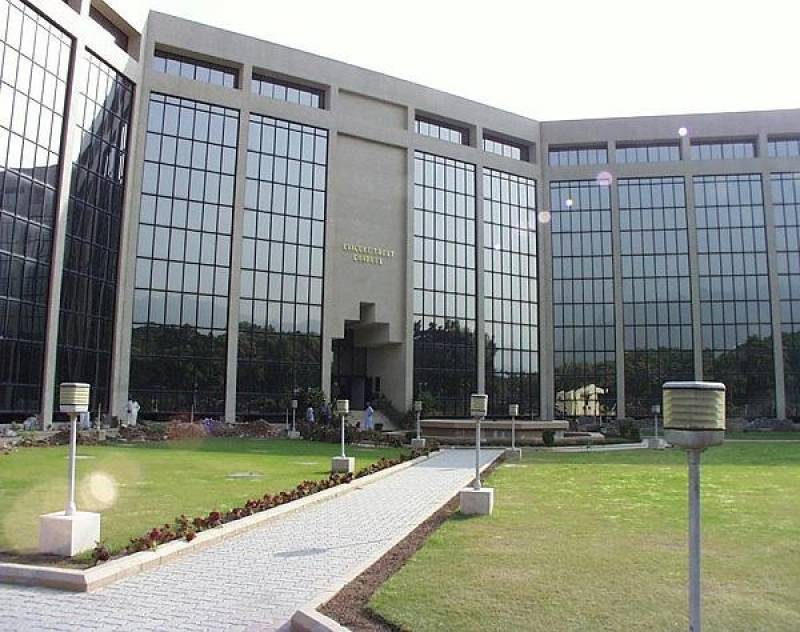 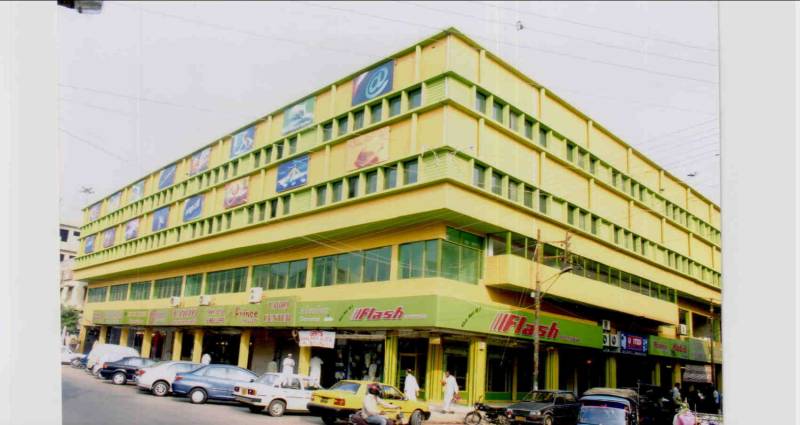 No, No, that IT Park in Karachi doesn't have parking in miles around it, and everyone gets mugged over there!” This is a verbatim response from one of my US-based client, whom I was trying to convince to develop an off-shore development facility.

As a native Karachiite, leading a Saudi-origin company, I was trying to source a pie of our production from Pakistan. In all my patriotism-driven excitement, I exclaimed "we can have it in the government-supported IT park in Karachi", unaware of his past experiences. This conversation not only gave me a reality check but also left me wondering as to whom to blame this for? Why in the entire city, were we compelled to turn a fifty years shopping plaza at Tariq Road into our cutting edge IT Park? Why couldn't it be on Shahrah-e-Faisal, or I.I Chundrigar Road or around Clifton suburbs? Impulsively, I googled the IT park in the city, and in the first glance realize it to be a 'non-starter' aspiring to support start-ups and propel IT exports – muddled by the intent or even the state-of-mind of the authorities that conceived it.

Is this what we have in the name of 'Information Technology Park' (ITP) in the largest city and the so-called economic capital of the country?

But, this was not it - my attention was drawn to some fancy pictures with state-of-art buildings situated in Lahore and Islamabad, and I don’t have much to express, lets the pictures speak those thousand words!

While I was glad to see good infrastructure and the development in Lahore and Islamabad with 8 and 5 ITPs operating respectively. The gloomy picture of the ITP in Karachi made it look like some rural and under-developed city. So much so, that the ITP in Karachi didn't even have a designated name to it, and was named on the shopping plaza that was hosting it, i.e. 'Tariq Centre'. Set aside my emotions, the largest city and the economic hub of the country objectively have only 1 (out of 14) ITP in Pakistan, representing merely 6% of the aggregate rented sq. foot space of all the ITPs in the country. The remaining 96% ITPs are located in Lahore and Islamabad. I kept on trying to avoid the stereotypical regional complex that Karachiite has been carrying for the past four decades, and kept pushing myself to find a logical reason to this erratic distribution - Is it population? Or the number of IT graduates? Or the number of software houses? Or the proportion of youth populations? A weak private sector maybe? - But still couldn't find a compelling rationale to it!

The 'Pakistan Vision 2025' and the 'Digital policy of Pakistan' view growth in IT sector as the key driver for the country to become the top 25 global economies and join the league of upper-middle-income countries by 2025. The past three years have registered an exuberant growth of IT and IT-enabled services (ITES) exports in the country to surpass USD 1Bn mark. However, putting it to perspective, IT exports merely contributes 4% of the total exports of the country, compared to neighbouring India with an IT industry that contributes to 7.7 per cent of its GDP, 49 per cent of total exports, and 55 per cent of global sourcing. The aggregate IT exports of India alone are four times of Pakistan’s total exports. While, India is obviously a bigger country, with over seven times Pakistan's population - but its IT exports are disproportionately bigger- it is USD 108 Bn or 100 times Pakistan’s IT exports. Higher allocation for R&D and over 230 notified IT-specific Special economic zones (SEZs) are deemed to have played a major role in the phenomenal growth of India's IT exports. It is important to note here that this growth isn't just about the provisioning of specialized infrastructure - India's ranks far superior to Pakistan in terms of ‘access to loans’ and ‘availability of venture capital’.

Although critics view a comparison with India as a meaningless exercise, I still am assertively convinced to do that, given the human capital strength in Pakistan. This is endorsed by the fact that Pakistan is ranked as the 4th largest freelance developer in the world. This single fact speaks volume about the weaker institutionalization of IT export promotion and development efforts in Pakistan. Needless to say, the country's youthful population with 60% of its 200 million population in the 15-29 age group, represents an enormous human and knowledge capital. According to Board of Investment investor's pitch, the country has more than 300,000 English-speaking IT professionals and over 20,000 IT graduates and engineers are being produced each year. Pakistan Software export board (PSEB) under the Ministry of IT and Telecommunication is the primary institutional setup operating the IT parks, and other IT export promotion and support program in the country.

Theoretically, ITPs worldwide are conceptualized as collaborative structures meant to drive synergistic integration of private sector, government and knowledge institutions (e.g. University) (e.g. Triple-Helix framework or The Cabral-Dahab ITP Paradigm). The university/research institute provides the majority of the human capital; the government provides the basic amenities, infrastructure as well as conducive policy environment, while the organized private sector brings in its expertise and financial muscles. The ‘Economic and Social Commission for Asia and the Pacific’ (ESCAP) under United Nation, recently published a best practices and policy guidelines for ITPs in developing countries identifying four guiding principles: (i) ITP is a means not the end in itself - i.e. the government need to set clear goals and identify suitable policy support to achieve those goals. Progress on these goals and the socio-economic benefit thereagainst needs to be periodically monitored, (ii) Assess the availability of key determinants such as an influential and recognized anchor organization/personality which can drive commercial engagement among research and private sector actors, venture capital ecosystem, the suitability of the location to attract industry integration and capable human capital, and competent managers to operationalize synergistic interaction of all the actors. (iii) Integration of futuristic and dynamically forwards-looking entrepreneurial spirit to maximize the ITPs footprint.

However, to my surprise, all the PSEB-operated 14 ITPs are offering nothing more than renting services of IT infrastructure enabled workspace. After thoroughly reviewing the websites of PSEB, I realized that ITPs in Pakistan is a misnomer and are conceptually flawed, to say the least. Their core value proposition is the provision of cut-rate shared and integrated infrastructure facilities in Pakistan. None of these ITPs even have a website of their own, let alone a vision, strategy, goal, collaboration, venture capital arrangements or even an anchor institution. This led me to the conclusion that the problem is far bigger and deeper than the regional bigotry that initially drew my attention. It's a dilemma of flawed institutionalization coupled with illogical allocation of resources at the country level. No wonder the IT exports form a mere 4% of Pakistan's export which is perhaps the lowest in the region. It's high time that the Ministry of IT and PSEB observe their surroundings or do a mere google search as to what IT parks are? How do they operate? And what are they meant to accomplish?

Coming back to the earlier issue of Karachi's deprivation, the federal government needs to realize that not everything has been devolved in the 18th amendment in the constitution. There a lot of avenues where the federation can definitely and exclusively assert itself, such as the miserable state of PSEB's only IT Park in Karachi. The city deserves much better by all definitions not only for its populace but for the entire country. The city played a heavier-than-expected role in enabling PTI's government in the centre. The city went beyond its ethnolinguistic orientation to patronize change and entrusted the PTI government with 13 out of 21, and 22 out of 43 seats in the provincial and national assembly. Karachi deserves at least three modern IT parks conceptualized as a collaborative network of private sector, universities and Government support institutions. The city has the largest private-sector presence and prestigious universities and research institutions, which can be harnessed to its true potential by the federal governments and PSEBs sincere efforts. It is time for the Karachi-origin country's 'President', the federal minister for IT, Law, Maritime Affairs, and the Governor of Sindh province to propel the so-called change, instead of convincing the media anchors on the tyrannies of 18th amendment in the constitution. While the city is sane enough to appreciate the Prime Minister's empathy for the city - but they deserve more than that! Maybe some substantial efforts with visible social and economic benefits for the deprived city.

The writer is Chief Executive of Transviti and can be reached at m.ghazali@transviti.com