From Adiala to GHQ 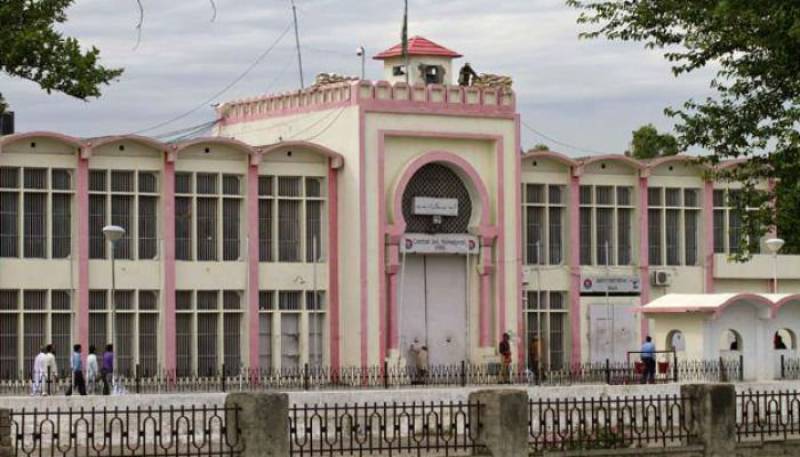 Every year Pakistan celebrates September 6 as "Defence Day". This year the occasion offered a chance to witness two extremes of Pakistan’s political and ideological landscape. The day commenced with early morning travel to Islamabad. The infamous Adiala Jail, where former Prime Minister Mian Nawaz Sharif, his daughter Maryam Nawaz and son in law Captain Safdar are completing their respective prison terms, was our first stop. After a few minutes wait, we were taken to a small hall with a seating capacity of 25-30 people.

To my surprise, Javed Hashmi was among the visitors waiting to meet the ex-PM, others included PMNL’s party leaders and some prominent journalists. Javed Hashmi’s press conference during 2014 Dharna proved to be anticlimax of PTI’s campaign to overthrow the Nawaz government through street protest. He allegedly laid bare the design to capsize the democratic dispensation while terming anti rigging campaign a mere camouflage. His brutal assault on his own party leadership played a key role in taking the steam out of the protest. Noon league, in return, did little to repay the favor, so much so that he had to go through the humiliation of withdrawing his candidature in last elections after being denied party ticket by PMLN. Even his re-induction in the party was achieved after much reluctance and foot-dragging by the leadership. This treatment meted out to Javed Hashmi is a perfect manifestation of Nawaz Sharif’s political temperament- a major contributor to the problems he is confronted with today. If Mian sb had the capacity to get over the silhouettes of past, the likes of Sheikh Rasheed, Choudhry Brothers, and many more of his most fierce enemies, would have aligned with him again after Musharraf’s expulsion from power.

The meeting room’s appearance seemed very different from what had been described in newspaper columns and news reports- it had a newly installed air conditioner with plastic wrapping still attached, wooden paneling, clean cream colored tiles, and surprisingly no (apparently) monitoring cameras. Khurram Dastagir Khan called out that the room has been recently renovated ‘probably out of Nawaz Sharif’s pocket’.

Had former Prime Minister Nawaz Sharif focused his efforts on civilian institution building rather than getting involved in a wrestling match with the establishment, the results would have been very different for him.

After around 5 minutes of wait, Nawaz Sharif entered the room wearing his signature sky blue Shalwar Qameez, followed by his daughter and son in law. All three looked quite fresh and calm. Captain Safdar certainly appeared more relaxed. Someone pointed out he should have been given bail as a matter of right since he was sentenced only for a year. He replied, “I have already completed almost one-fourth of my term, a few more months won’t hurt”. His sudden response drew a loud laughter from the people present in the room. For the next few minutes, the discussion revolved around living conditions in the Jail as Maryam Nawaz revealed they are still being kept in solitary confinement, though Captain Safdar had the company of another prisoner. Nawaz Sharif iterated that accountability court’s decision against him lacks merit as he was convicted of living beyond means but the means and property value were never quantified. He claimed that during the same period, when London flats were bought, only two of Sharif family’s companies paid over 1.4 billion rupees in taxes. The merits of his claim would be discussed in the High Court, but his ‘revelation’ made me wonder why this point was never raised during the trial or why the relevant record wasn’t presented before the court or the media. There seems to be no obvious answer to these questions. Some party workers complained that PMLN isn’t applying required pressure on the incumbent government and the courts to yield a favorable verdict for their leader. Nawaz Sharif simply responded, ‘different times call for different measures’, and avoided further political discussion.

Every few minutes, the jail staff would intervene requesting (and sometimes forcing) people out of the meeting room to accommodate the visitors waiting outside, therefore we also decided to take leave to make room for newcomers.

Our next stop was GHQ, Rawalpindi. ISPR had planned to celebrate the Defense and Martyr’s Day with a fresh zeal. This spirit could be felt the minute we entered the venue for the day’s main event. Apart from the hassles arising out of extreme security measures, the event was meticulously planned and executed. The representation of all major political parties in the event signaled hope for a brighter and less polarized future. The video presentations and songs prepared by the ISPR were captivating and kept the audience mesmerized. They effectively explained the ideology of Pakistan, the war on terror, our sacrifices and developmental efforts being carried out in once war-torn areas. The compilation of testimonials from relatives of Shuhada brought tears to every eye.

It remains an undisputed fact that Pakistan Army is the country’s most effective, organized and efficient institution, governed by principles of merit, and free from political meddling. Given the recent tensions in civil-military relations, the politicians’ fallacy has been a desire to bring the military down to the level of other institutions where rulers enjoy complete control, rather than uplifting the civilian institutions to match the organizational capabilities of the armed forces. Civilian supremacy can only flow from moral supremacy. Had former Prime Minister Nawaz Sharif focused his efforts on civilian institution building rather than getting involved in a wrestling match with the establishment, the results would have been very different for him.

The highlight of the day, without any doubt, was Prime Minister Imran khan’s impromptu speech to wrap up the proceedings. He touched all the right chords as he explained the causes of the country’s troubles and his vision for the future. He repeatedly stressed the need to build civil institutions and dismissed talk of civil-military rift outrightly. His forceful recollection of ideals for which Pakistan was created and even stronger emphasis on the need to keep the interest of common citizens, in vital policy-making areas, foremost makes him probably the only one among the current breed of politicians who at least does not seem confused ideologically. However, whether he has the operational plan and the team to walk the talk remains to be seen...