Angry, Bitter, and Ignored in Afghanistan 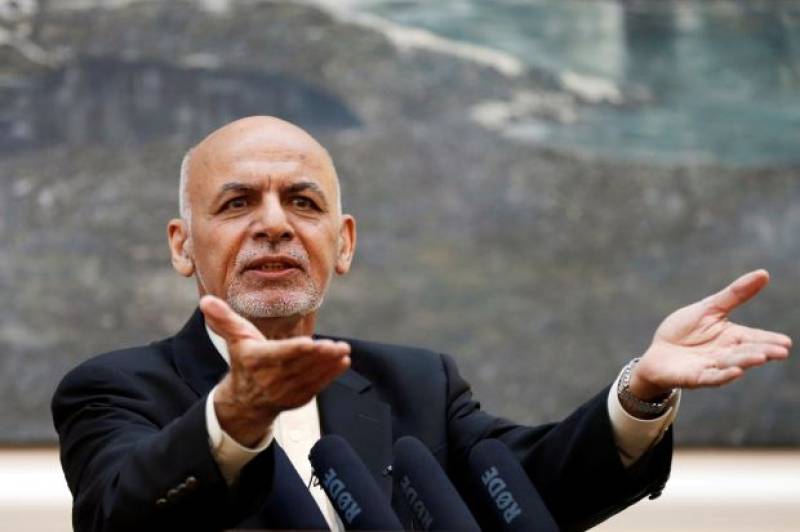 The biggest threat to peace in Afghanistan today, ironically, comes not from extremists, though Afghan Taliban remain inflexible. It comes from angry, lonely men in Kabul. These men are bitter because they are not invited to the many peace parleys taking place in Abu Dhabi, Doha, Islamabad, and Moscow.

Many of these men had their chance to rule Afghanistan and make it better. Seventeen years in total. They messed up the country, indulged in epic corruption, empowered warlords known for kidnapping and raping children, took money bags from countries in the region (like India and Iran), and failed to unite the Afghan nation.

The United States footed the bill for the failure of these angry men in Kabul. America has been generous for too long.

KABUL - The Taliban and Afghan political opponents to President Ashraf Ghani are set to meet in Russia this week, just ...

Now when Washington has decided to intervene and do something that these angry men failed to do – unite Afghans and make peace – the angry men decide to scuttle it.

The tweet by President Ashraf Ghani is so uncharacteristic of him, it almost seems he tweeted it at gunpoint, held to his head by those who ruled and failed in Kabul for almost two decades (and became rich in the process). Ghani expressed “serious concerns” on an internal Pakistani matter, referring to two Pakistani provinces, “Khyber Pakhtunkhwa and Balochistan”, without referring to Pakistani sovereignty. This was an indirect reference to the Afghan role since the 1950s in organizing separatist movements in the two Pakistani regions, with help from the Soviet Union and India.

The tweet was designed to provoke Pakistani ire and create a major diplomatic crisis. But the main target was not Pakistan. It was President Trump. And some of these angry Afghan politicians are not alone in trying to derail Washington’s effort to end the war and secure the peace in Afghanistan. Some of these bitter Afghan politicians are backed by states in the region that have an interest in American failure and defeat.

Mr. Saleh has an interesting history, which helps understand the Angry Lonely Afghan Men Theory. During the Afghan civil war in the 1990s, Mr. Saleh was in Dushanbe, Tajikistan, assigned to coordinate Northern Alliance’s relations with the spy agencies of India, Iran, and Russia, according to multiple American journalists who covered the war. After ending Taliban rule, he became the longest-serving Afghan intelligence chief, from 2004 to 2010, where he oversaw the growth in Pakistani terror groups on Afghan soil, part of a proxy war he cultivated against Pakistan.

He also oversaw two more things: a total governance failure in Afghanistan and an increase in the influence of former regional patrons of Northern Alliance in the country. This influence is not benign as often portrayed. In fact, some of the states in the region have an interest in American and Pakistani defeat in Afghanistan, and in a permanent conflict between Kabul and Islamabad.

In short, men like Mr. Saleh failed to consolidate the sacrifices by the international coalition through good governance and peace in Afghanistan.

Some of the Afghan politicians have little to offer on the negotiating table, except to make things difficult. But this does not mean they do not have a future: they should be part of an intra-Afghan dialogue on mutual acceptance so Afghanistan can forget the past and move forward. This would come naturally after the US and the Taliban define the contours of a settlement.

Mr. Ghani’s tweet was poor in taste. But Pakistan’s response was magnanimous. Maybe Islamabad understood this tweet was aimed at Washington by Afghan proxies of some regional states. Restrained Pakistani response recognizes that some of these politicians in Kabul are part of the problem and have failed their country over seventeen years. Washington, too, recognizes this.

One of the best responses to Afghan president’s tweet came from an Afghan woman activist and journalist Saleha Soadat, who questioned, “Does President Ghani & Afghan Government know how to deal with peaceful protesters & civil activists in Afghanistan? .. Charity begins at home first.”

Pakistan needs to adopt a smarter strategy when it comes to PTM, which some of the angry men in Kabul and their regional sponsors are using to derail the Afghan peace process. Islamabad should understand the wider game, and balance law enforcement with a soft counternarrative. PTM and its backers in Kabul and the region must not succeed in creating ethnic tensions inside Pakistan or distract Islamabad from the end game in Kabul.

The bitter angry men of Kabul will eventually be handled by Washington. Pakistan wants to work with them, and see a role for them in Afghanistan’s future. During one of his several meetings with President Ghani, Pakistan’s army chief is reported to have pitched for forgetting the past and moving forward. “We in Pakistan have learned our lesson,” Gen. Qamar Bajwa is reported to have said. “Have you?”.