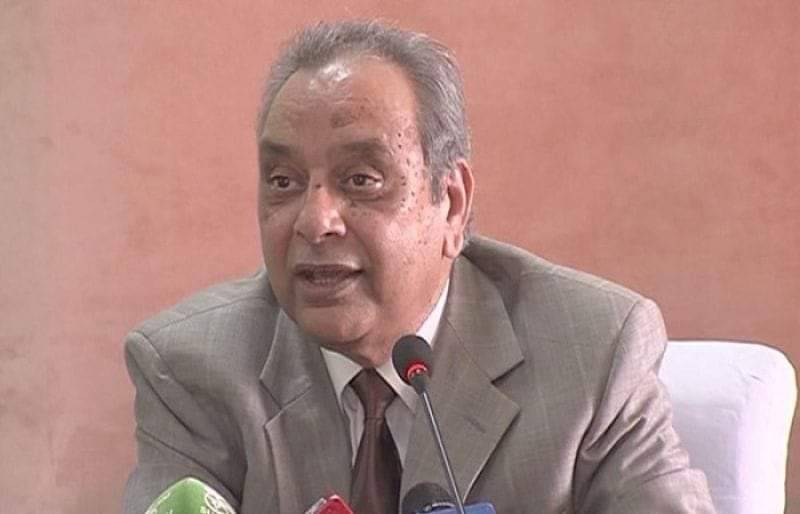 A representative of the university confirmed his death; he was admitted to a hospital Friday night.

Dr Khan was appointed as the 17th vice-chancellor of Karachi’s largest university on January 23, 2017 for a term of four years. He was a recipient of the Sitara-e-Imitiaz as well as the Distinguished Professor of the Year award.

went on to complete his PhD in physiological ecology at Ohio University. In 2010 he completed his doctorate in Botany at Karachi University.

The academic had, under his belt, 40 years of experience in teaching and research.

President Arif Alvi expressed grief and sorrow over the death of Dr Muhammad Ajmal and prayed for the departed soul and commiserated with the bereaved family. The President said the services of Dr Ajmal Khan in the field of education will long be remembered.

In his condolence message, the PPP Chairman said that the country has lost a dedicated scientist thus. He paid rich tribute to Dr Khan for his unmatched services for the country. His contributions would live in our hearts for ever, added the PPP Chairman.

Bilawal Bhutto Zardari said that Dr Khan was working on a Biosaline Agriculture project at the Thar Coal area. His successful experiment on crops from saline water was a remarkable achievement, said the PPP Chairman adding that people would remember him as a kind trainer, a great teacher, scientist and a thorough patriot Pakistani citizen.

SInger, activist Shehzad Roy also expressed his grief over the demise of the professor, who, in his opinion was trying to reform the varsity.

It’s a sad day. Karachi Uni's VC Ajmal Sahab has passed away from a heart attack . I interacted with him a lot in these last few days . Really, really sad . He was really trying to bring reforms in the Uni. Inna Lillahi wa inna ilayhi raji'un pic.twitter.com/x5LYO2Xibj