Social Media: An agent of socialization or polarization 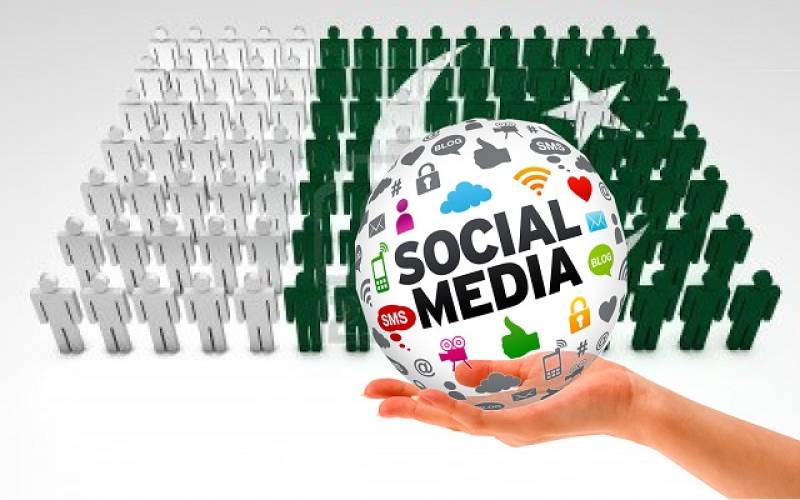 Social media platforms have become the main source of sharing information, expressing opinions, defaming and bullying today. The positive impact of Facebook, Twitter and the rest of likewise social websites is much less than its negative outcomes. It won’t be wrong if it’s concluded that Pakistani society seems to be fighting a fatal war on social media. From religious extremists to political parties and from terrorists to external enemies, all are using these advanced technological platforms to disintegrate the already endangered fabric of society.

A nation under utmost economical pressure seeking bailout packages desperately can’t afford a war within yet again. When the monstrous terror of suicide bombers raged the land of pure after the dawn of the prevalent century, our country suffered the unprecedented killings. But the miseries continue even after a successful war against Tehrik e Taliban Pakistan (TTP), for now, social media has imprisoned the minds of our youth in its intricate web. Resultantly, the chasm within the nation has widened more than ever.

Noreen, a medical student, had been found missing from her hometown Hyderabad a few years ago. When she was recovered from Lahore, the capital city of Punjab, it was revealed that she had been influenced by a terrorist organization on social media covertly. But now the case is altogether different in our country: the most prominent example is of Mr Khadim Rizvi of Therik e Labaik Ya Rasool Ullah (SAW) who is busy playing with the emotions of masses overtly. He fearlessly ignites the intolerance and hate by labeling the opponents as ‘Kafirs’ and asserts that whosoever will slay them will go to Paradise. By the way, this is one of the innumerable examples of spreading hate and intolerance.

Political parties have launched heavily funded campaigns on social media to defame and insult the opponents. In fact, General Election 2018 is won by Imran Khan’s Pakistan Tehrik e Insaaf (PTI) by defaming the Shareefs. On the other hand, the  Ex-Prime Minister of Pakistan Mr. Nawaz Shareef’s daughter Maryam Nawaz is accused of running a defaming campaign against the Prime Minister of Pakistan Mr Imran Khan while his father was in PM house.

These politically motivated social media campaigns serve the purpose of inciting violence by spreading hatred. Resultantly, people go to the extent of physically harming the other party’s followers. Whereas, use of coarse language is no more an immoral act now. The most unfortunate is the fact that apart from targeting political ideas, personal life and religious beliefs are criticized on social media also.

The major segment of the Pakistani population consists of youth and social media’s impact on youth is significant. Certain pages have been purposefully created and launched on social media to target the youth of the country.

These pages deal the youngsters tactfully: they either create confusion their minds or attract them to the materialism. Prevalent pages on social media can be divided in many kinds: Fake News propagators, Religious Sects representatives, Sensational News publishers, Sexual attractors and politically motivated platforms. All of these pages are heavily funded except the News pages that earn through Facebook Instant Articles.

Most of these platforms are in fact powerful tools of Fifth Generation Warfare. Their aim is to divide and break the country into pieces. Social polarization in the land of pure has crossed the limits since every individual is a sectarian hardliner or politically motivated to the extent that logic, sanity and impartiality has vanished altogether.

For students, social media has become a great hurdle in education. Many pupils are found sleeping in the classes after spending their whole night in handling their social media accounts. Apart from the psychological and mental corruption, it hurts their health immensely while no one has yet launched any awareness campaign exerting the adverse effects of an imbalanced circadian rhythm.

The generation gap has widened more than ever since the youngsters’ virtual engagements consume the major proportion of their time nowadays. Furthermore, the race of having what a virtual friend owns has made parents’ life extremely difficult. Teenagers, without confirming the authenticity, want to have whatever they see in their friends’ pictures displayed through social media. Resultantly, desperateness leads to inferiority complex or crime.

Lack of appropriate legislation and failure of implementation of existing Cyber Crime Act has unleashed all the shrewd protagonists are spreading chaos in the society successfully. Pakistan is in dire need of educating its youth to cope with information present on social media. They must be well equipped to understand the hidden agenda of the propagators since Fake News dilemma has already widened the chasm to an almost unbridgeable level.