Is time up for the Indus Water Treaty? 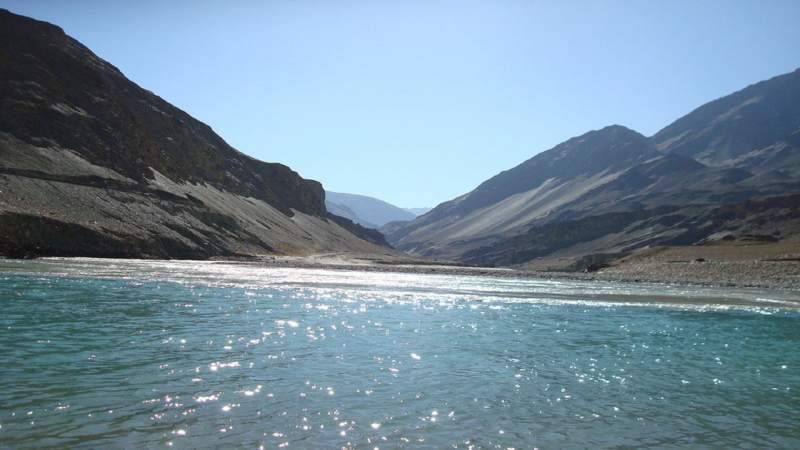 India has expectedly backtracked from its recent pledge to continue deliberations on Islamabad’s objection to its recent projects on the rivers allocated as per the Indus Water Treaty (IWT). Since Delhi is not willing to accept World Bank’s arbitration, thus the April meeting in Washington DC is improbable. The Indian government took only a couple of days to renege from its vow given in Islamabad and Lahore this week.

Last September when Indian Prime Minister Narendra Modi threatened to scrap the IWT, Pakistan stated that such a move would tantamount to a ‘declaration of war’.

The World Bank, which had mediated in 1960, is the guarantor of the Indus Water Treaty. In accordance with the treaty - sponsored by the UK, Germany, Australia, New Zealand and Canada - India and Pakistan were given control of three rivers each, originating from Jammu and Kashmir.

On April 1, 1948, Delhi halted the flow of water from the canals on its side. By early May, it had signed the Inter-Dominion Agreement with Pakistan, allowing the continuation of water supplies for irrigation purposes until the newly formed country developed alternative water resources. Delhi blocked the water supply to Pakistan to assert its military control of Jammu & Kashmir which Kashmiris as well as Pakistanis rejected.

In his bid to ‘deny every drop of water to Pakistan,’ Modi is personally overseeing two controversial hydropower projects — Kishanganga and Ratle — against which Islamabad seeks International Court of Arbitration through the global financial institution. In sync with its ongoing effort to oust UN Military Observers’’ Group in India and Pakistan along the Line of Control by denying access and opposing its presence, it now aims to trash the Indus Water Treaty. India’s decade old multipronged strategy is aimed at voiding all existing multilateral references to disputed status of Jammu and Kashmir. There’s no denying of that fact that India is predicted to be an enormously water-starved country in the future. Pakistan too face a similar risk.

Last year, the BJP-led government revived plan to resume constructing a 439-feet-long and 40-feet-wide barrage at the mouth of the Wular Lake on the Jhelum River near the town of Sopore in Indian-occupied Kashmir to suck away 4,000 cusecs, which as per IWT must go to Pakistan. It’s the same project, India had to shelve the plan in 1987 due to objections from Pakistan. In 1992, it started work on Baglihar Dam on the Chenab River against the spirit of the IWT. Lacking due homework and technically sound team, Islamabad spent eight years in talks with Delhi but without any fruit. The matter remained unresolved through bilateral talks till 2004 when Pakistan sought World Bank’s arbitration, which resulted in certain design changes India accepted and implemented through further negotiations by 2010. However, the Modi government has consistently rejected any prospects of arbitration while threatening to annul the decades’ old deal.

For years, Indian strategic thinkers such as PR Chari have supported quashing the existing arrangement. Dr Chari even went as far as saying that “negotiating Indus Water Treaty 2 will be a huge confidence building measure as it would help economic integration of the two countries”. The BJP cabinet sees no economic integration but coercion of any dissenting neighbor be it Nepal, Sri Lanka or Pakistan.

However, the question really is if the existing treaty can address the challenges India’s posing by constructing newer reservoirs or diverting rivers through canals in the name of Jammu & Kashmir’s economic development.

Legally speaking, none of its 12 articles and eight annexes provide India the right to construct a certain number of dams. The IWP only spells out technical specifications about the reservoir permitted to be built. Thus, the accord's clauses concerning dispute resolution can Pakistan if it invokes them on technical parameters of the lake.

Learning from the past blunders ranging from lack of handy expertise about the treaty’s application in various scenarios to picking a slow and costly process of appointment of neutral expert, Islamabad must adopt a more pro-active approach. Considering India’s foot-dragging policy, Pakistan may consider seeking its right as lower riparian under the principles of customary international law. Islamabad has not gone this route before but prominent experts of international law find it more promising.

Besides his legal competence, the option of inviting a neutral expert is also susceptible to external influence. Over the years, India has invested in its clout in the World Bank. Just last year, it became the seventh largest shareholder in the World Bank with a better voting share in its affair. India's voting power now rests at 2.91 percent while China's at 4.42 percent. Due to anti-China posturing, India has been winning western support at the global multilateral institutions. Thus, without giving up on arbitration option, Islamabad may also launch diplomatic and political offensive in the light of IWT provisions as well as being a lower riparian, raising environmental and food safety concerns. The existing yearly data already suggests water inflow has been decreasing vis-a-via the precipitation received in catchment areas.

Since Modi has made India easier to decipher, the prospects of a limited conflict over Jammu & Kashmir seem more real now than in the past decade. Deployment of advanced military assets and troops on forward cantonments and bases along the Line of Control and the Working Boundary are in sync with Delhi’s adventurism to test its Cold Start Doctrine while trashing the IWT through violative actions and denial of its conflict-resolution mechanisms.

The recent visit of Indian officials for water talks was probably aimed at deciphering the Pakistani approach ahead. Jammu and Kashmir has become more bothersome for India as the economic corridor to China passing through Pakistan’s Northern Areas.

By showcasing its own military preparedness and test-firing various types of delivery systems, Islamabad has been reacting to Indian intentions as well as bids to offset balance of power through acquisition of the latest offensive and defensive military hardware. Delhi can’t call Pakistan’s bluff on the IWT as the agrarian nation won’t be divided if stripped off its vital arteries.

Since the BJP victory in Uttar Pardesh and his shocking pick for its chief minister, Modi has signaled the intent to deliver on those Hinduva pledges than assuming a more statesmanlike role. Delhi has already hinted at shelving the no-first-use nuclear doctrine. If World Bank or other international actor passively look on as tension spikes in South Asia, India’s hardliner war-king may get more than he bargained for.

Importance of water for agrarian economies

E-Exhibition in the time of COVID-19