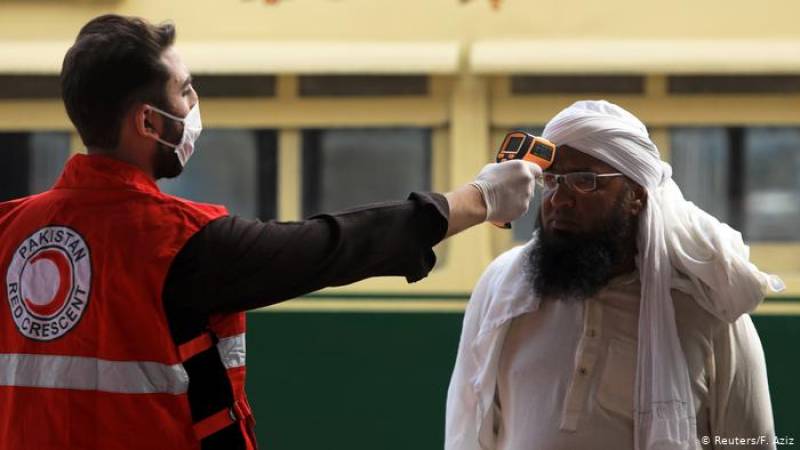 The pace and scale of the coronavirus epidemic have shocked the governments around the world and left the stock markets in chaos. So far, nearly more than one million people have been diagnosed with it and the worldwide death toll is 60,000 in the first six months. Today we are living in a different world where no one knows when this contagious virus will end. We also do not know how it will end, and currently, we can predict its impact on economic and political. Historians are clear that epidemics are events, not trends. Charles Rosenberg a medicine historian said, “Epidemics start at a moment in time, proceed on a stage limited in space and duration, follow a plotline of increasing revelatory tension, move to a crisis of individual and collective character, then drift toward closure.”

It is too early to draw inferences about the potential effects of the global crisis that has just started, but here are a few early lessons.

The first and most obvious lesson is that the pandemic will have major repercussions for the neoliberal economic model comprehended by Ronald Reagan and Margaret Thatcher. This model is based on the concept of market forces and encourages the private sector which shrinks the state’s role in economic activities. The hollowness of neoliberal economics has already been exposed by the novel COVID-19 as people are instantaneously and impulsively looking towards the governments for rescue while their health system is completely jeopardized. Even radical Presidents like Donald Trump and British Prime Minister Boris Johnson have realized that in order to strengthen the health system and help the unemployed masses, massive government support is needed. Instead of leaving people at the mercy of the private sector, a package of $2.2 trillion to boost economic growth and to provide a minimum income for everyone is required.

Secondly, this global emergency is also creating an opportunity for the authoritarian forces to project themselves as the savior of the whole world. As we have seen in the past that at the end of World War I, Lenin and his allies manipulated the terrible situation and dissolved the first elected Constituent Assembly in Russian history. In the elections, the Bolsheviks failed to gain the majority but took the control of a fractious and fragmented nation. Mussolini came into power by exploiting the extreme economic situation of Italy. We have also seen how Hitler came into power when parliament was paralyzed by repeated elections in its attempt to form a government and millions of unemployed destroyed.

Thirdly, the 18th amendment to the constitution which was passed in 2010, has been proved very effective as provinces are now autonomous and do not depend on the federal government for instructions. Sindh is the hardest hit province in Pakistan as it received hundreds of pilgrims from Iran. The proactive measures by the Sindh government by executing varying degrees of lockdowns to stop its spread which was then followed by the other three provinces shows the benefit of the 18th amendment as the federal government was persistent to push back against the idea of lockdown.

In addition to that, COVID-19 across the globe has shaken the world’s economic, social and health systems. We have seen China, Singapore, South Korea, and other states are fighting this virus collectively to curtail its transmission. Unfortunately, in Pakistan, the political parties are not understanding the sensitivity of this pandemic disease and are busy in playing a blame game. Such situations demand the unity of all political elite on one page. It is high time that the Prime minister should act as a leader and raise his stature in the eyes of all and look beyond its political interests. He should bring all political parties, Ulemas, provincial governments, and state institutions on one page and make a unified policy as this fight cannot be won individually.

Alongside, COVID-19 not only exposed our political elite but also exposed the moral values of our society. From smuggling of personal protective equipment under the nose of government to price hikes in diagnostic tests and hoarding of surgical mask or selling it at a fourfold price shows that how much corroded moral standards we have. History shows that there has always been a rise and fall of nations since the inception, and if the social structure of any nation breaks apart, the moral character of its citizens fell below a certain level, then nature plays its role and the cycle of degeneration begins. During such a crisis, national strength becomes known to the world as the 90years woman in Belgium refused to use a ventilator and asked her doctor to give it to a younger patient. We need to learn from China and other states and need to follow our Islam in true spirit who put great emphasis on morality.

The current pandemic has threatened the whole of humanity. It has no concern whether you are Americans, Chinese or Italians. Despite different strategic structures and weapons that are supposed to protect us, it crosses borders without any obstruction. Time has come to redefined as COVID-19 is a wakeup call for all of us as it has shaken the most developed and modern states like America, China, and many European states. Coronavirus has told us that national security is not confined to border security only; human security is also part of national security. 21st-century concept of collective security tells us that you cannot have national security unless you have human security.

In this pandemic outbreak, there is a lesson that how we can prepare ourselves for future disasters. The role of the government is essential but people also need to cooperate with the governments not just for themselves but for the rest of society.

The writer is pursuing his degree in MS in Management Sciences-Riphah International University, Islamabad