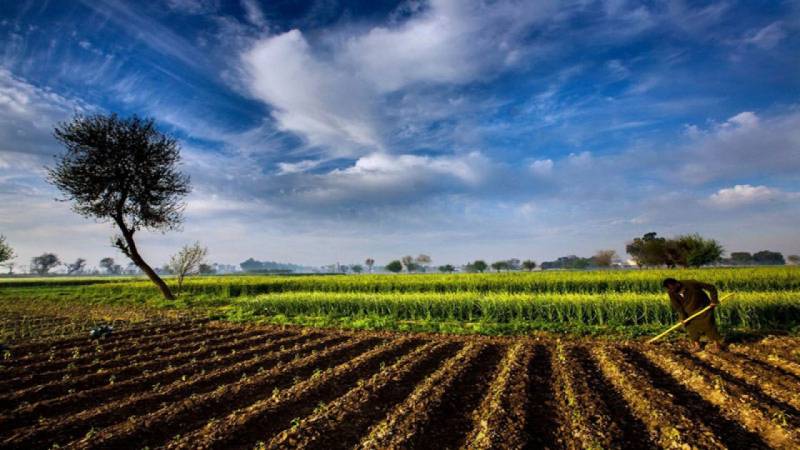 Global environmental politics is a relatively young subject of research within international relations that focuses on issues concerning human-natural interaction. Scholars have written about the importance of natural resources in global security and political economy since the mid-nineteenth century.

Today, Pakistan has been plagued by a spectrum of climate change-related calamities, especially in the previous decade the intensity and recurrence of such disasters have multiplied manifolds, highlighting the issue of climate change at the forefront. The subject of threat requires not only Pakistani government’s ownership but also ownership of individuals and countries across the world, consequently financial contribution for mitigation and adaptation purposes.

Following the successful implementation of the Billion Tree Tsunami Project (BITP) by the PTI government in Khyber Pakhtunkhwa Pakistan, setting a goal of 10 Billion Tree Plantation would be a massive task with expected effects on global climate, weather, temperature, protection, and preservation of atmospheric health, reduction in greenhouse gas effects, lowering cases of random floods, and lowering rains.

The goal is to plant trees all around the country in the hopes of enhancing the lives of all living things on the planet. A number of extreme weather events and climate change have prompted development professionals and the government to place a high premium on investing in forest resource development, particularly the promotion of plantations, in a developing country like Pakistan.

In general, developing countries prioritise forest industries, exploitation, and other value-added activities, whereas their external partners have recently tended to prefer natural resource protection. The success of the BITP is dependent on locally available financing, a high level of commitment, and committed management, whereas the Government will have to seek financial options, a high level of commitment, and good integrated management for the planting of 10 billion trees.

Although no party before PTI chalked out any plan regarding climate change slogan. Today, when millions of Pakistanis are bearing the fruit of the Tsunami tree projects, PTI would definitely be at advantage in the next general elections. In Pakistan’s history, political parties have always struggled for continued positive approval ratings from the public but failed to do so. Surprisingly, first time in the history of Khyber Pakhtunkhwa, PTI government was reelected for a consecutive second tenure in 2018.

Now, let’s look at the way the green parties are enjoying massive strength in the developed world.

The European Federation of Green Parties was founded in Kirkkonummi, Finland, in June 1993 by members of the EGC. The group became increasingly organised, with a triennial Congress, a Council, and a Federation Committee (executive). It enhanced connections with the European Parliament's Green Group. Green parties gained a total of 20 seats in the European elections of 1994.

The European Greens did very well in the 1999 European elections, getting 38 seats.

They formed a coalition with the European Free Alliance, which represented regionalist and independence groups that had previously been members of the European Radical Alliance.

The Greens and these parties had a different relationship than before because the Greens were numerically and politically stronger. Green Member parties gained 35 seats in the European Parliament in 2004.

The upward stride of green parties did not end here, in the year 2020 the European Greens achieves big gains in local elections throughout Europe, being elected green mayors in Lyon, Strasbourg, Besançon, Marseille, or Bourdeaux among others in France and in capital city Dublin in Ireland as well as Aachen, Cologne or Bonn in Germany.

Now as far as Pakistan is concerned, in future, politics of energy crises, security, road networks, industry may transform into the politics of green future. If the other parties ignore the writing on the wall from here, then unfortunately a bleak future is waiting for them.

Similarly, today in Pakistan very few economists talk about green economics, as in future elections these green slogans might resound in every street of the country due to the fast climate change. Green economics emphasizes the importance of the biosphere's health to human well-being. As a result, most Greens are suspicious of traditional capitalism, which emphasizes economic expansion while ignoring ecological health; the "whole cost" of economic progress frequently includes environmental damage, which is unacceptable in green politics.

Therefore, today it is imperative for politicians and economists to revisit their old school ideology of politics and economy as after the severe climate change issues, humanity today is looking for survival, as survival is a base for prosperity.