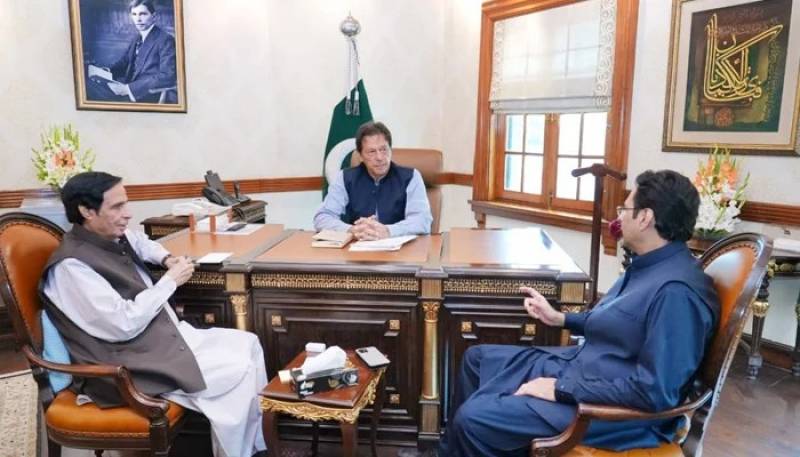 THE recent events have created an absurdist theatre. Parvez Elahi, the chief minister of Punjab, made it plain that he disagreed with Imran Khan decision to dissolve the Punjab Assembly hours after Imran Khan made the long-awaited announcement. Khan probably broke his pledges because of his outburst against his former patron, retired Gen. Bajwa, the former army chief.

The marriage may still be going strong, but a divorce looks inevitable. The ongoing political soap opera has a fresh twist according to the most recent episode. The cunning chief minister is returning and seeking a different offer. Although Khan seems to have been checkmated, the game is still not done. Another round of political scheming is underway, with unknown results.

Anticipating, the PDM filed a no-confidence vote against the chief minister on December 23 in response to Imran Khan's decision to dissolve the Punjab Assembly. Given the volatile political landscape of Pakistan, the five-day notice period seemed excessive. It was Imran Khan's last-ditch effort to demand early elections after all other efforts had failed. His two assaults on the capital had not gained the necessary impetus.

As his final move, Khan hoped that the dissolution of the Punjab and KP assemblies would have a cascading effect, pushing the PDM administration to finally concede to his demand. The former prime minister, in his vanity, miscalculated the dissension within Punjab's ruling coalition. The PML-Q, which controls the coalition's balance of power, was obviously opposed to the proposal to dissolve it.

Additionally, there have been rumours that several PTI provincial parliamentarians had doubts about the decision to dissolve the assemblies so close to their mandates' expiration. Khan may have missed some of them in his desperation since there were other factors at play as well. Dissolving the two provincial assemblies was not as straightforward as the PTI leader may have believed.

Parvez Elahi refused to put his own death on the line. He was aware that the demise of the provincial administration would render him useless to the PTI. Khan's rant against the previous army commander served as a justification for him to express his personal displeasure with the choice. The PDM appears to have fully exploited the growing chasm in the Punjab governing alliance.

The submission of the no-confidence resolution against the province administration by the PDM parties came after the governor requested that the chief minister seek a vote of confidence from the House, only days before Khan's deadline for the assembly's dissolution.

The goal is to obstruct the PTI's plan. Even if the legality of the governor's council would result in a protracted legal dispute, the PDM would nonetheless benefit from it.

The rumour that the PDM's action has the chief minister's implicit support may have some merit because it may prevent him from dissolving the provincial parliament. In this Game of Thrones, nothing is shocking. Despite its claims to be "neutral," the security establishment's position is still unclear.

Concerns regarding the role played by the military in the entire situation are raised by the chief minister's rumoured hurry to Rawalpindi before to his contentious TV appearance in which he attacked the PTI leader for criticising Gen. Bajwa.

Indicating that the influential institution would not want additional destabilisation, Parvez Elahi has subtly reaffirmed his continuous ties to the security establishment. It is clear that the chief minister will not act without the approval of the security hierarchy.

Imran Khan's relentless criticism of the outgoing army command has undoubtedly hindered his efforts to forge relationships with them. The PTI leader has indeed been critical of the alleged involvement of the former army commander in the overthrow of his government, but his tone has changed significantly in the wake of the army's change of leadership last month.

Khan went farther in his criticism of Gen Bajwa in his public speech last week when he announced the decision to dissolve the government, holding him exclusively accountable for all that went wrong during his administration.

It also signaled a change in the way he described the "regime transition." The old army leadership was the sole group that 'conspired' to remove him from office and establish the PDM administration; no longer is there any talk of a "foreign scheme" to do so. The hybrid rule that had distinguished his government is contradicted by this shift in tone.

Imran Khan is currently attempting to rewrite the history of the occasions that defined his less than four-year tenure in government. There is no denying that the security establishment supported the PTI administration. The past regime had the marks of the security agencies everywhere. Due to the institution's extensive political engagement, the democratic process as a whole was corrupted.

Clearly, the previous head of the army is accountable for a lot of the issues that have arisen in the recent years, including his part in promoting hybrid rule. Imran Khan, though, was the principal gainer from that deal, and that is also a reality. His most recent tirade captures the ire of a politician who completely counted on military assistance and is now enraged at being left behind.

Imran Khan hasn't shown any signs of having actually learned anything from his experience as of yet. His commitment to the democratic political system is still in doubt. The demand for early elections is unquestionably one of democracy. He should, however, wage his war in democratically elected forums rather than awaiting outside assistance.

Whatever transpires over the upcoming days is unlikely to result in any political stability in the nation. Even if the PTI is successful in calling for the dissolution of the Punjab and KP assemblies, this will not inevitably result in general elections across the nation.

Under pressure, the federal government is unlikely to consent to dissolve the National Assembly. The main worry is that it would exacerbate the nation's already extreme political polarisation. For a nation that is on the verge of a sovereign default and is dealing with rising militancy, the scenario is exceedingly worrying. This absurdist theatre portends horrible things.