Jerusalem calling: Where are the expatriate Palestinians? 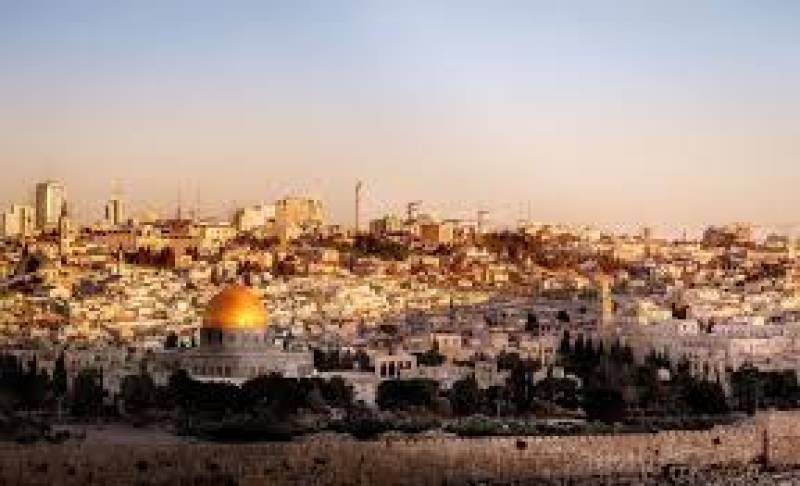 Jerusalem is unique and revered by Christians, Jews and Muslims alike. The world’s most contested city has been resonating loudly in US politics throughout the 2016 presidential campaign. Regardless of his other campaign promises, US President Donald J Trump has delivered on his promise to shift the country’s embassy from Tel Aviv to Jerusalem, which Muslims like to call Al-Quds Sharif.

Palestinians in the occupied territories are outraged, and so are Muslims elsewhere in the world. Brussels has opposed Washington’s decision. The Arab League has called for the reversal of Trump’s decision, while Organization of Islamic Conference meets on December 13. The pressure is building upon the Muslim countries’ bloc to move beyond standard condemnations and flex diplomatic and economic muscle against America as well as Israel. As Turkey’s Erdogan put it, “Jerusalem is the red line.” Palestinians are already braving Israeli security forces in their trademark defiance. Tensions are set to flare further.

For the Palestinians in the occupied territories, it’s a matter of life and death. It will remain so. However, not for their cousins living elsewhere. The activism of the Cold War era is long gone. Fatigue has set in. The Palestinians who escape the occupied land for safety or for education abroad usually leave the cause behind. The footprint of outrage against the Trump decision is one vivid manifestation of the expatriate Palestinians’ response.

Given the poor approval ratings of the US president, the streets of Washington DC, New York, Chicago, Detroit and Los Angeles must have been brimming with protests against the shifting of the Israeli capital. The US and Canada are home to over half a million Palestinians. Besides, over 6 million are scattered all across the planet from Scandinavia to Australia and Morocco to Malaysia. Berlin has the largest concentration of Palestinians outside the Middle East. Over 50,000 Palestinians make up around 1 percent of the metropolis’ population.

While the Palestinians are known to be one of the most cohesive communities anywhere in the world, they have managed to exhibit their culture and cuisine with pride. Their businesses have grown over the decades. Their representation in universities and media has been impressive as well.

Despite such an impressive soft diffusion, major cities in the US, Canada and Europe have not seen Palestinians taking to the streets. Have they become dissociated with the causes otherwise dearer than life? Is it the pressure of the competitive job market? Or the lack of hope in the people they have left behind?

Needless to say that it would be a mix of these and more factors. The best the community is seen doing is sending some portion of their savings back home. The remittances go a long way for the families in the occupied territories. The centrifugal pressures are such that each one of the dreams to live the US and Europe. Regardless of their policies towards Israel, western countries have been favourite destinations for the Palestinians. They have been welcomed too. Even Trump has not included Palestinians in his travel ban.

The Palestine cause has suffered enormously since the Oslo Accord in particular, due to lack of competent leadership. Beyond academic discourse or passionate discussions in cade, hardly any Palestinian leaves the comforts of the west and volunteers to return home to lead the people.

The price might have been bearable had there been significant political mobilization abroad. With all political rights for freedom of expression granted, the foreign capital could have become a platform for Palestinian outrage.  The situation has worsened by the day.

Whatever the internal difference may be, al-Quds still binds the Muslims across the world. The left-leaning progressive has always stood by Palestinians beyond religious or ethnic consideration. Even a week after Trump’s speech, there are no signs of such collective outrage expressed on Pennsylvania Avenue in Washington DC or the UN headquarters in New York. Arab and non-Arab Muslims would have thronged alongside the conscientious American people.

Tragically, the Palestinians have been fallen prey to own opportunism. They have used their Palestinian identity for anything and everything from scholarships to jobs, and visa to asylum, but once settled aboard, they have rarely tried to pay back in political terms. Given the rich and diverse nature of the Palestinian diaspora, the dearth of leadership within expatriate communities as well as home is unbelievable. Even the insecurity of losing their ancestral and holy land has failed to bring them together.

Dependence on Muslim and Arab countries won’t take the Palestinians too far. From Turkey to Saudi Arabia and Pakistan to Indonesia, defiance of the existing political order is not an option. Their ability to challenge the US or western policies has become increasingly limited. Iran, on the other hand, has exploited the Palestine cause for its political benefit and expanded its footprints through proxies like Hezbollah. The militia has been exposed beyond doubt after its sectarian massacres in Syria as well as Lebanon.

To mount a befitting campaign against Trump’s unwise decision of accepting Jerusalem as Israel’s capital, the Palestinian diaspora has to become politicized, acting more like a professional lobby than occasional awakenings to mark Yom al-Ard or Yom al-Naqba (Land Day or Day of Catastrophe). If Palestinians take matters into own hands, other Muslim countries and communities will follow them, instead of the other way around.

Without strong leadership in the occupied territories, activism abroad can only go so far. Both compliment each other. If Jerusalem really is the red line, then the Palestinians must rethink their strategy and reorganize themselves. The time for the victim mindset is long gone.