Environment and the Air We Breathe 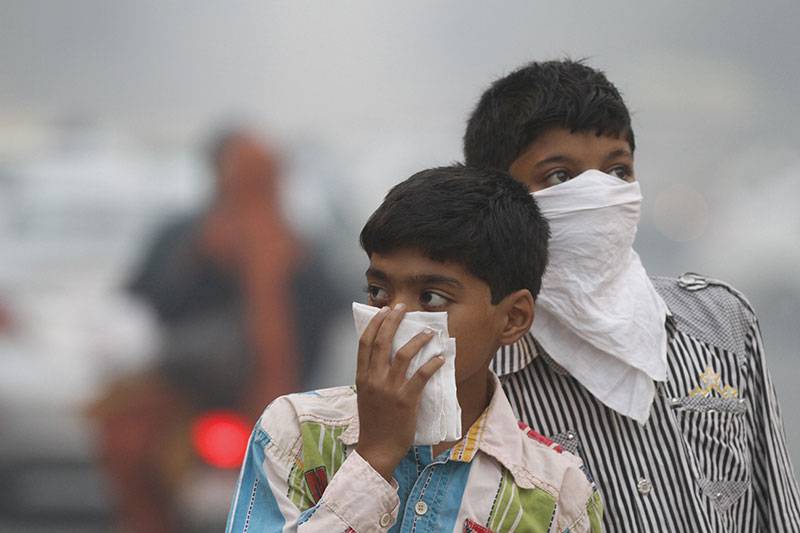 Amidst growing chaos globally on political,  economic and security fronts, let’s not get deviated from some shared responsibilities such as saving our future. We can save our future by saving our environment, by reducing air pollution and by improving air quality to insure that our coming generations may live in an environment with better air quality. How can we do it however  would be a tough question to answer it’s the case when it’s about a shared responsibility. Taking ownership is the key here.

Co-incidentally, at the time when the genesis of many of the today’s complex global issues could be found in our region, China, our immediate neighbor, is going to host the celebrations of the World Environment Day on June 5, 2019. Theme for this annual international event this year is ‘Air pollution’, which is not only an issue of global concern but also a matter of critical importance for millions of people in Pakistan, especially for those that dwell in major cities across the geographical boundaries of the country.

The people of Pakistan in recent decade encountered relatively new environmental challenges. Smog which is  combination of fog and urban pollution is having huge destructive role now in mobility of the people during a specific time period of the year, contributing in health deterioration of the citizens and as an increasing number of human lives resulting by road accidents due to reduced visibility. Several respiratory disorders are also linked with air pollution whereas heat waves could be termed a phenomenon mix of environmental degradation and climate change.

We must not forget that air quality has been one of the major concerns for environmentalists across the globe lately. It’s so because several reports suggest that the number of people in the world who die prematurely due to air pollution every year is about around 7 million. Almost 57% of these deaths occur in Asia-Pacific region. Likewise, about 92% people of the world at present lack clean air.

Situation of Pakistan in terms of air quality is quite alarming as its ranked as one of the worst conditions in South Asian region. Therefore, the impacts of environmental degradation and air pollution are issues directly linked with the health and wellbeing of common citizens. It at one hand signifies the need of urgent and  appropriate policy measures  and at other, the active partaking of other stakeholders. These include industries, corporate sector, academia as well as media and masses and their role is equally important in order to manage air quality by working independently as well as in collaboration with national to local governance structures, especially for technical support and knowledge sharing.

Evidences also suggest that the deteriorating air quality involves a high cost in terms of human health and rate of resulting deaths in Pakistan. Even with regard to this particular challenge, it’s quite above in Pakistan as compare to world’s average. A study that was carried out in year 2009 indicated 9000 premature deaths in the province of Sindh alone during the span of just one year due to air pollution. In the context of Pakistan, more researches are an utmost requirement to respond the challenge as it seems worsening, especially due to phenomenal increase in the numbers of vehicles in the country and hence, ever growing emission.

Experts are of view that there was no dearth of relevant laws in Pakistan. Industries could be influenced to adopt environment-friendly practices whereas plans could also be introduced to reduce emission on the roads.  Enforcement of laws and lack of planning here could be identified as a major failure.  Undoubtedly, this area demands a keen attention and capacity gaps should be removed to deal with this chronic malfunctioning.

While alluding back to World Environment Day, we need to see the host country China to learn some critical lessons on dealing with air pollution. A number of Chinese cities including Taiyuan, Beijing, Urumqi and Lanzhou, have been known for worst air quality up to recently. However, Chinese authorities now seems winning in this battle against air pollution lately.

How China is responding to air pollution with the use of modern technology would be a critical learning for countries like Pakistan. Besides, effective traffic management, improved public transport, regulations for private cars and local traffic plans are a need of hour. We need to explore the ways to gradual shift towards cleaner energy with less hazardous impact on environment. Massive awareness campaigns to make masses aware of their role as responsible individuals to safeguard environment is equally important. However, a political will at decision-making level perhaps would be most important for a Clean and Green Pakistan.