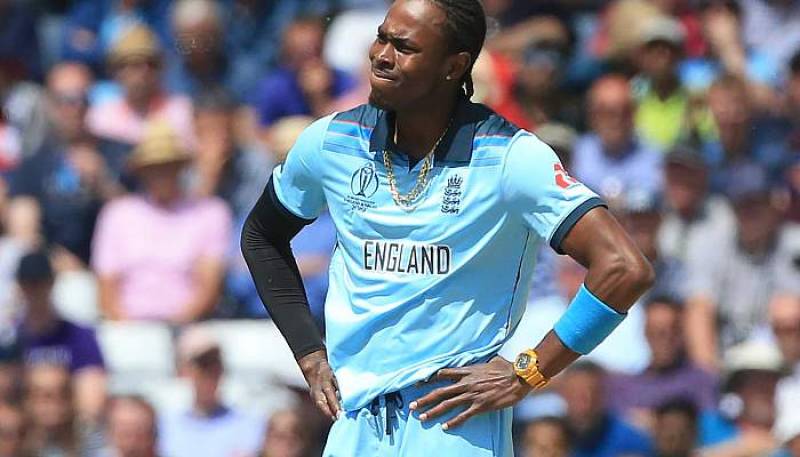 LONDON - Jason Roy and Jofra Archer have each been fined 15 percent of their match fees for incidents during England's World Cup defeat by Pakistan at Trent Bridge.

The International Cricket Council found opener Roy had breached level one of its code of conduct, using an audible obscenity after a misfield during Pakistan's innings.

Fast bowler Archer was found guilty of dissent towards an umpire's decision following a wide delivery. Both players have also had one demerit point added to their records.

Pakistan captain Sarfaraz Ahmed was fined 20 percent of his fee, and his teammates 10 percent, for a minor over-rate offence. Pakistan won Monday's match by 14 runs after setting England a target of 349.

It was an occasionally fractious encounter, with the umpires warning England skipper Eoin Morgan about his side throwing the ball in on the bounce and later issuing the same reminder to Sarfaraz.

The tactic is often used to scuff up the ball and promote reverse swing.

England batsman Jos Buttler appeared to take a look at the ball on his walk back to the pavilion after his knock of 103 came to an end.

Morgan said: "There were discussions throughout the whole of the two innings. The umpires came to me mid-innings and seemed to think that we were throwing the ball in on the bounce too much or it was being over-exaggerated.

"They emphasised it would be the same for both. The conversations that were stopping the game were that Pakistan were doing the same thing.

"Jos was just intrigued to see the ball. When the ball is hit against the LED boards it does scuff it up quite a lot so he was just interested to see if the ball was more scuffed up."