How grave are US sanctions for Iran? 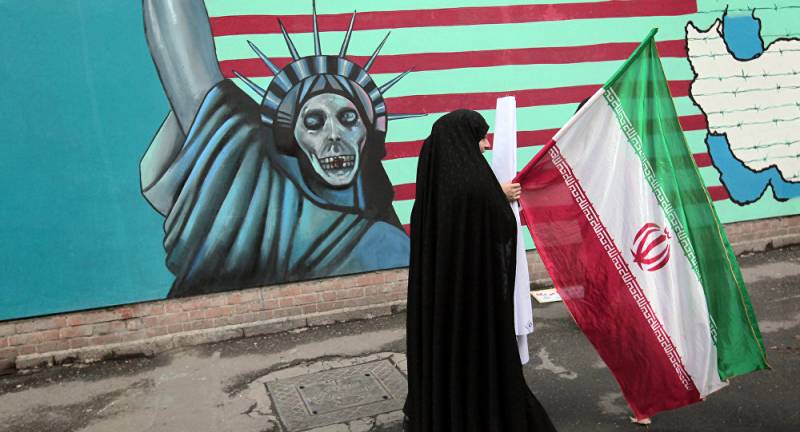 Making good on his promise, US President Donald Trump has reneged on Joint Comprehensive Plan of Action (JCPOA) over concerns that the deal is horrible for it leaves room for Iran to build a nuclear bomb that can be delivered through its medium-range ballistic missiles. The net effect of the decision is reimposition of the nuclear sanctions which existed prior to May 2015 when five permanent UNSC members and Germany reached a deal with Iran after exhaustive negotiations. It was the first time since Iran’s blood-letting revolution that US top diplomat and his Iranian counterpart sat face-to-face in full public view.

Trump’s action might be uncalled for given the IAEA’s clean chit to Iran, he has not adopted the most extreme measure enshrined in the JCPOA called ‘snap back’. Washington has not terminated the agreement by invoking the provision which reimposes the UNSC sanctions. Currently, the White House has opted to exercise some degree of restraint. The US has given a 90- and 180-day wind-down periods prior imposing its designed sanctions. Besides, the US government has finalized the first edition of fresh sanctions. It has imposed travel and business restrictions on six people and three companies with ties to Iran’s Revolutionary Guard Corps (IRGC) for ‘malign actions’. The United Arab Emirates (UAE), which has long been used by Iran’s elite force sympathizers to evade sanctions, has also imposed the identical sanction on the entities as well as individuals.

“The Iranian regime and its central bank have abused access to entities in the UAE to acquire US dollars to fund the (IRGC's) malign activities, including to fund and arm its regional proxy groups," Steve Mnuchin, the US treasury secretary said in a statement Thursday. There will be more of such curbs in the future. The tactics are aimed at compelling the European allies to take similar action course while pressuring Iran for negotiations.

Has Trump burnt all the bridges on JCPOA?

The narrow window of opportunity left open by the White House is to keep JCPOA alive so it can be renegotiated. The economic pressure, the US, assumes, will inject some pragmatism within Iran as well as its European allies. The survival of JCPOA is the result of hectic French, German and British diplomacy which could not convince Trump from altogether abandoning his consistent position on Iran. The agreement itself entails a dispute resolution mechanism (UNSC Resolution 2231).  However, the current level of the dispute is politically too charged for the mechanism to be of good use. Iran’s full-throttle push to its expansionist agenda and Donald Trump’s derogatory language will keep pouring fuel to the fire for appeasement of conservative powerhouses on each side.

It’s safe to say that Trump has given JCPOA 180-day time to start renegotiations otherwise, the pre-deal sanctions will be slapped back on Iran. The UNSC sanction gradually imposed on Iran after clandestine aspect of its nuclear programme became public since 2002 won’t be enforced unless the US invokes the snap block clause.

The reimposed US sanctions on Iran include:

Prospects of legitimately bypassing the sanctions

In an ideal world, the US sanction should not impact European Union or other countries. Since the US continues to manage the global financial system, its decision on whom to deny banking in dollars impact every trading entity, whether state corporation or individual. Even if the EU decides to comfort the US on Iran deal and imposes strict ‘blocking regulations’, it will pay a huge political cost to gain marginal fiscal space.  In such an event, Washington can trigger snap back clause of JCPOA, automatically imposing the pre-2015 UNSC sanctions. Instead of taking the extreme route, European giant - Airbus - has agreed with Iran to optimally utilize the wind-down period of 90 to 180 days and deliver the maximum number of passenger planes unless the US invokes of the ‘snap back’ clause.  Then, the EU will leave with no option but to adhere to the UN Charter as the JCPOA will become a legally non-binding nuclear deal. Theoretically, the  EU  can overrule the UN Security Council but the situation at hand does not necessitate much a political cost.

The European countries are still far from having fiscal system robust enough to bypass the dollar restriction on Iran. If that was not enough, the entities doing business with Iran will be blacklisted in the US and face similar sanctions. Besides, no US national, some of whom may be holding higher positions in European companies or members of the board of directors, can carry out business with Tehran too. It’s time for the reality check that America might have lost political space or opted for slow strategic retreat but it still maintains decisive power over the financial transactions and institutions like the World Bank and IMF.

The BRICS - Brazil, Russia, India, China, South Africa - have attempted creating a parallel system but still lingers in infancy. Even if it was in place, except China and Russia, the other members have close strategic and political ties with America. Moscow and Beijing are likely to remain Tehran vital sources of cash flow but only until the US initiates ‘snap back’ clause if Ayatollah Khamenei does not comes to the table again.

The next part of the article will deliberate on India’s quagmire in the wake of punitive sanctions. Will India wrap up its projects in Iran in 90 t 180 wind-down period or lobby for a waiver from sanction like it got from the Obama administration? Not only India is Iran’s third largest importer of petrochemicals but also a partner with long-term geopolitical and geoeconomics interests. Will Trump take a softer view of Delhi’s strategic imperatives, indirectly easing Tehran’s political and fiscal woes?