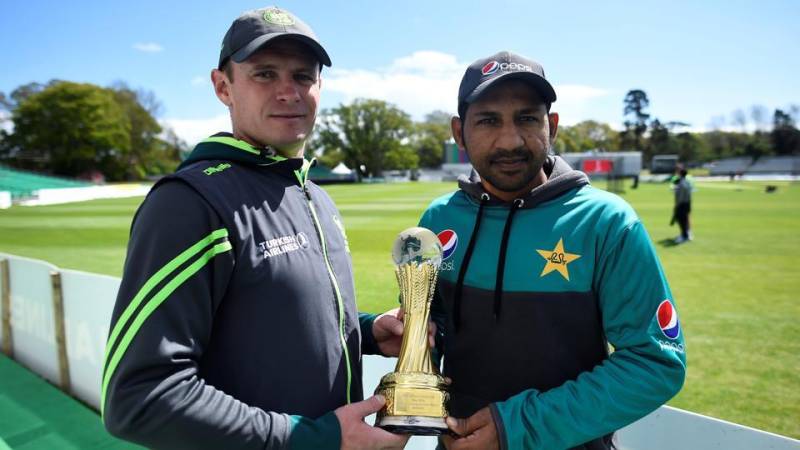 DUBLIN - Ireland won the toss and opted to bowl first against Pakistan in their first Test match, being played at Dublin's Malahide cricket ground on Saturday (today).

Imamul Haq and Faheem Ashraf are making their debut, while whole Irish team is the debutant in this four-day match.

Test cap presented to @ImamUlHaq12 & @iFaheemAshraf by @najamsethi as Ireland win the toss and decide to bowl first. Pak team unchanged from the match vs Northamptonshire pic.twitter.com/WQgAG1NkSK

Teams line up for the historic #IREvPAK test