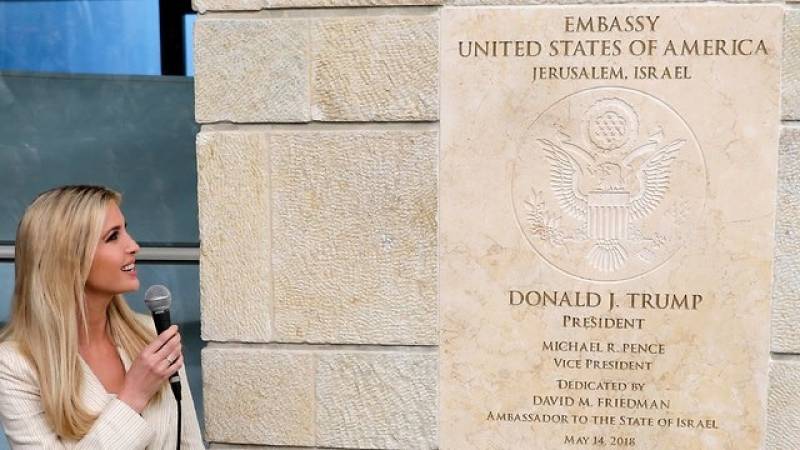 NEW YORK - Palestine has filed a complaint against the United States with the United Nations top court over Washington's illegal decision to move its embassy in Israel from Tel Aviv to Jerusalem.

In a statement issued on Friday, the International Court of Justice (ICJ) said Palestine argues the 1961 Vienna Convention of Diplomatic Relations requires a country to locate its embassy on the territory of a host state. While Israel controls Jerusalem militarily, its ownership is disputed.

In December, US President Donald Trump ordered the American embassy in Israel relocated from Tel Aviv to Jerusalem, and the new embassy opened in May. In its application, Palestine argued that the treaty dictates embassies must be established on the territory of the receiving state and that the "special status of Jerusalem" means that the US violated its international obligations when it moved its embassy.

According to the statement, Palestine asked the court to declare the move illegal as well as order the US to withdraw the embassy from Jerusalem.

The ICJ is the United Nations' venue for resolving disputes between nations. Palestine was recognized by the UN General Assembly in 2012 as a non-member observer state.

On Thursday, Palestinian President Mahmoud Abbas called on the United States to reverse its recognition of Jerusalem as Israel’s capital and cuts in aid to the Palestinians, saying these had undermined the two-state solution to the conflict.

“With all of these decisions, this administration has reneged on all previous US commitments, and has undermined the two-state solution,” Abbas said in his address to the annual gathering of world leaders at the United Nations.

“I renew my call to President Trump to rescind his decisions and decrees regarding Jerusalem, refugees and settlements,” he exclaimed.

On Saturday, Palestinian Foreign Minister Riyad al-Malki said the complaint "comes in line with the policy of the State of Palestine, which aims to preserve the character of the holy city of Jerusalem with its unique spiritual, religious and cultural dimensions".

"We defend our rights and our people without hesitation and reject all forms of political and financial extortion," he was quoted as saying by Palestinian news agency Wafa.

Decisions by the ICJ are binding, but the court has no power to enforce them and countries, including the United States, have in the past ignored its rulings.