The rhetoric of change 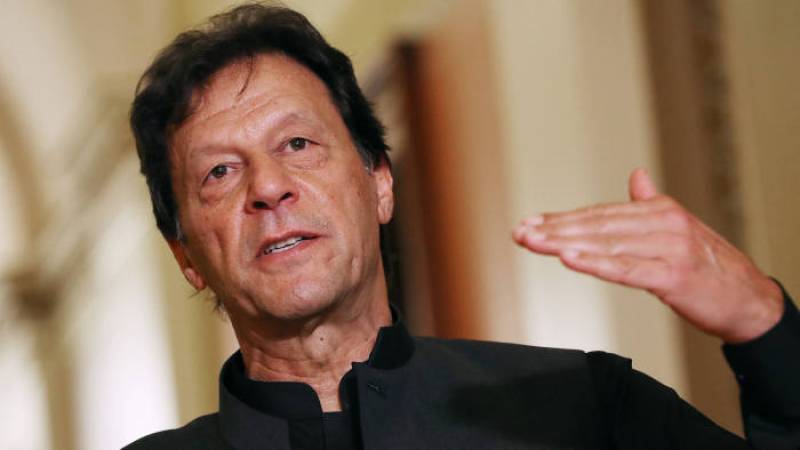 Imran Khan, a cricketer turned politician, astutely sold the mantra of change. For twenty-two years, he tried to build his image as a breaker of the chains which shackled the general populace in poverty, underdevelopment, lawlessness, deep institutional rot, and inept leadership, since the inception.

After the charter of democracy, the establishment was compelled to find someone to counter the PMLN and People’s Party. The death of Benazir Bhutto limited PPP to only Sindh and at the national level, Imran Khan became an apple of the establishment eye.

Came with the manifesto of altering the status quo and to bring about the change that could bring down a king, elevate the lowly and humiliate the proud and a government established on the ideals of the state of Madina where a layman can question the decisions of a caliph. But the two years of the Khan’s government show these were just the rhetoric of change while the reality of accommodation of the status quo.

Firstly, before the general elections of 2018, he put off his ideological workers and preferred electable. These political families have been in the power for the last seventy years and some of them are in the last hundred years. So, it was his first U-turn from bringing change through the ideological representatives towards the fair-weather power-seekers.

Secondly, the projected himself as a populist leader who would uplift the lower segment of society. For low and middle class, lofty and unfulfillable projects were announced. After the passage of two years, where these projects stand, are enough to know how much the government is concerned about the lower segment.

Khan, maybe, has a habit of doing everything contrary to what he promised. On the economic front, his anti-public policies made the lives of the lower segment further miserable and left them at the mercy of venal opportunists. To minimize the trade deficit, he adopted ad-hoc and superfluous policies.

The devaluation of the currency made the inflation rate skyrocketed and halted many economic activities which culminated in the surge in unemployment. While the exports remain where it stood before; since the rule to increase export by devaluation applies to the countries having high value-added products while Pakistan has low-value products. This mismanagement of the economy made the middle class more vulnerable.

Until he was in opposition, he had been a staunch supporter of meritocracy, good governance, and efficient bureaucracy. After saddling the power, he grabbled with his responsibility by just making a committee under the auspice of Ishrat Hussain. Where is the committee and what recommendations of it have so far been implemented to make public institutions efficient? Have Punjab police been reformed? It is still being run by the colonial act with little modifications.

Corruption, corruption, and corruption was the only cause of the underdevelopment of this country when Khan was in opposition. But when he came into power, his mantra of corruption was changed from corruption to the corruption of the opposition. The suppression of political opponents on the charges of corruption is not new in this country. Ayub Khan’s Public Offices Disqualification Order (PODO) and the Elective Bodies Disqualification Order (EBDO) did the same as Khan has been doing for the last two years. Maybe, scapegoating the opposition to divert the attention of people from the government’s incompetence is a culture in the post-colonial countries.

In the last two years, Khan Government has taken loans of eleven thousand billion rupees. While no new motorway and metro is built, no increase in health and education budget, no increase in salaries of gazetted employees, and also as proclaimed no corruption, yet where does the money go?

The names of Khan’s close aides came in the wheat and sugar scam and instead of putting them behind the bars, one was made the minister of economic affairs. Is this what rule of law Imran Khan promised during his 22 years political struggle? Moreover, the final forensic audit report has now been delayed to save his other friend.

After the two years, it is not Imran khan who has failed but the people who brought him into the power directly or indirectly. As Machiavelli said “he who seeks to deceive will always find someone who will allow himself to be deceived.” hence, those who deceive others are small culprits than those who always present themselves to be deceived.

Fareed Zakaria once declared American's containment policy towards the Soviet Union as a "the rhetoric of change while the reality of accommodation" since the United States accepted the ugly face of the Soviet area of influence in Eastern Europe and rather, in fact, supported her by stopping the NATO eastward expansion. And here Imran Khan is doing the same by selling the rhetoric of change on one side while accommodating the status quo on the other side to keep himself in power. After all, here in Pakistani politics, everyone sees what you appear to be, few experience what you really are.

Green Change is Hard but Necessary for Pakistan