Enter the Malala land: learn and lead without fear 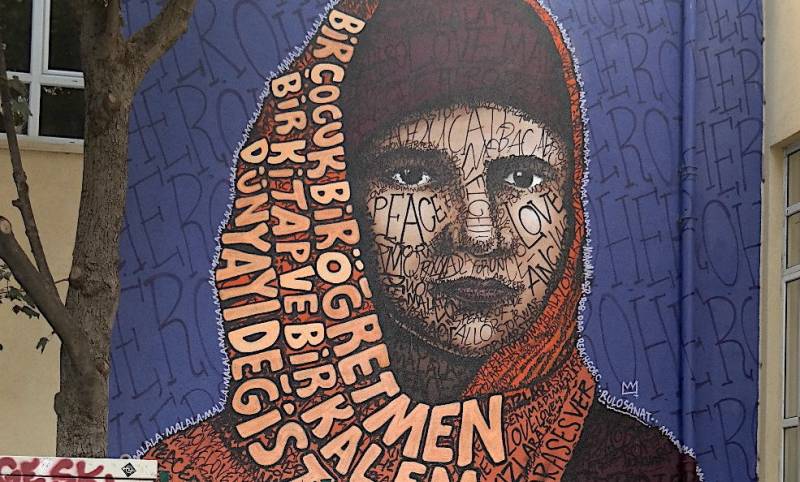 Over the past six years, how far has Pakistan changed? Malala’s homecoming is a fair indicator. The attitudes towards her then and now have changed. But to what extent? Is she venting her anger at Islamabad or laying the basis for greater teamwork? None of the answers is simple affirmation or otherwise. As the majority celebrates her presence in Pakistan, a noisy minority is pushing a hate-filled agenda. There exists a vast difference between her homeland then and now!

The war on terrorism has largely eliminated the menace, but extremism persists, requiring a concerted campaign. While extremists have long criticized Malala for taking refuge in the West, misogynists are jealous of her defiance and success. Not only did the 14-year old survive the head injury but she also refused to give up, two deadly traits, made even more so when they are found in the same person. Barely five-feet-and-four-inches tall, the world’s youngest Nobel laureate has shown more patriotism for the country than all the self-righteous nationalists.

From her 2009 blog for the BBC website to her most recent interview with David Letterman, the 20-year-old has never spoken ill of Pakistan. She has vehemently condemned terrorists and extremists while continuing to maintain that Islam is the religion of peace, which these subversive elements don’t represent. In contrast, many seasoned journalists, mature politicians and young activists get carried away in their criticism of Pakistan after seeking political asylum abroad.

The right-wingers push on contradictory narratives while feeding on perpetual victimhood. Like their never-ending conspiracy theories involving India and Israel, Malala is not being targeted on factual grounds. Her haters have been circulating a group photo in which she is standing in the front row with Salman Rushdie and Tasleema Nasreen among others. Group pictures are a tradition at the end of conferences, and there’s no requirement of agreeing with other peoples’ views to be photographed together.

Had ‘someone’ else controlled her, Malala would have not only traveled to India and Afghanistan many a time but would also have accused Pakistan of being a bastion of terrorism. But there she is, crying for her village, her school and longing to settle down in her homeland after completing her education. So much for the Swat girl’s alleged anti-Islam and anti-Pakistan stances.

The most recognized Pakistani young woman globally has not taken anything from Pakistan. Instead, her organization has quietly pursued her mission. Besides donating over $7 million for education, she funded foreign travel and health expenses of APS survivors. In Shangla, a girls’ school built with her support is already functional, while work continues on another one in Swat. How many teenagers in Pakistan have the courage to look beyond own selves?

Replying to a question about her belated return after six years, she spoke only of her exhausting school routine and then the long and arduous admission process at the University of Oxford. Malala could have blamed the security situation and death threats she was receiving.

Malala has reached out to the people Pakistan’s government has been hesitant to. Her best friends include girls from Syria’s refugee camps in Jordan and Turkey. She has traveled to African countries a number of times, from South Sudan to Nigeria.

Her critics point out that she was not the only child targeted by the Taliban. Her class fellows and scores of other students were targeted too. They neither applied for political asylum nor were granted awards for bravery and activism. True, there were other children too. The difference, however, is that Malala was shot in the head by the Taliban which controlled Swat at the time. Her survival is a miracle. When airlifted to the UK, she was unconscious with bullet shrapnel in her head. I don’t know of any parents who would take their child to the place where an attempt on their life was made not long ago?

Those blinded by conspiracies and binary worldview must brace for more impact as Malala is not abandoning Pakistan. She will come anytime she wants and will stay for as long as necessary. The fellow survivors of terrorism connect with her easily. It’s the elders with confused minds that find it odd. The four-day visit will be instrumental in Malala mobilizing the youth and the survivors on one platform of Malala Fund that strives for peace, education and empowerment.

Though Pakistan’s military tried its best to save her life in critical times in 2012, all arms of the state have grown more cognizant of her mission now than ever before. She is not just another teenager but a Nobel laureate. The more warmly her compatriots embrace her, the better it is for Pakistan’s today and tomorrow. Had Islamabad learned its lesson in 2012 and started a consorted military operation against militancy, the 2014 Peshawar attack might not have happened.

Malala’s happy homecoming signifies the phenomenon of greater synergy within the statecraft. The detractors will always be around but as a noisy minority. They must know that the war against terror can be won through military operations, but the elimination of extremism requires a long drawn struggle by all segments of the society. The Swati celebrity will act as an element as well as a catalyst in accelerating the change the country needs.