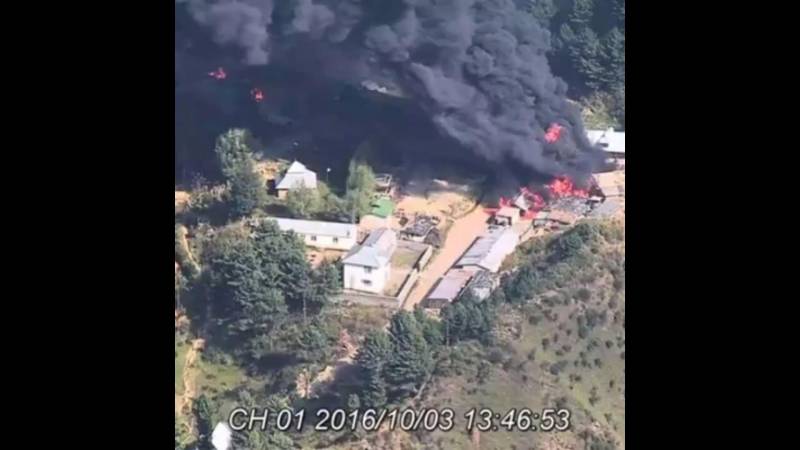 A short mysterious video was uploaded online by a popular Pakistani defence related Facebook page defence.pk. In this video, which is dated 3rd October 2016 and appears to be drone footage, we can see an accurate strike on a building alleged to be a major Indian base on LoC. The video has yet to be officially verified.

While India is hemming and hawing over the release of an alleged 'Surgical Strike' in Azad Kashmir, Pakistan may have leaked some proofs of its own about their surgical strike on Indian soil. Although some say Indians are busy doctoring their surgical strike footage, famous Indian politicians like Arvind Kejriwal and Senior Congress leader Sanjay Nirupam have already started questioning Indian government narrative about the surgical strikes.

India had earlier claimed that the strikes entailed parachuting dozens of soldiers into Pakistani territory, attacked 'launchpads' and taking some terrorists with them, India has over the past week toned down its narrative - dispensing with the helicopter para-dropping story and captured terrorists.

While India has struggled to tell a consistent story about its strike, Pakistan has backed up its own claim of surgically targeting Indian positions on the LoC as can be seen in the short video above, which could be the first of more to come.