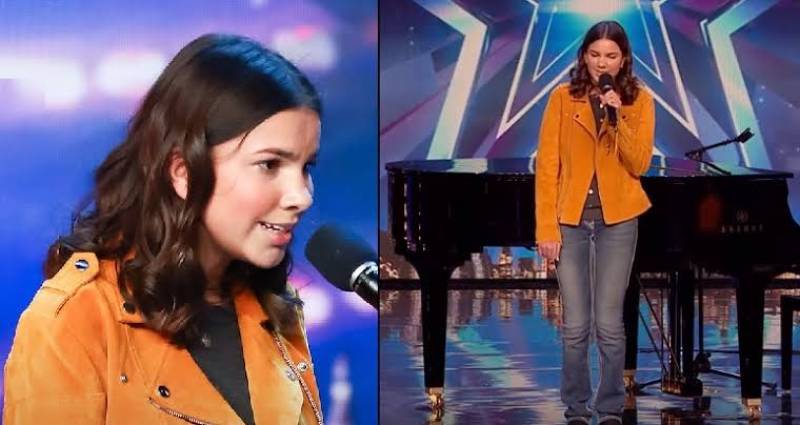 British-Pakistani singer Sirine Jahangir has finally made it to the the semifinals of Britain’s Got Talent, after wowing everyone with her powerful performance.

The young talented singer has successfully bagged the title of becoming the British-Pakistani to reach the show’s semi-finals. She won the hearts of many with her impressive rendition of Ruelle’s Carry You.

Talking to BBC about her audition on the show, the 14-year-old mentioned how touched she was after receiving such an overwhelming response from both the judges and the audience.

Everyone was literally in tears as they heard her croon Gabrielle Aplin’s ‘My Salvation’ in her beautiful voice. She also shared the inspiring story of losing her vision when she was just nice years old.

“When I was walking towards the stage, the only thing I wanted was to do something that enables me to help people like me,” she said.

While speaking to BBC, her father Kafeel Jahangir shared how Sirine has fearlessly dealt with all the hardships that came her way.

More power and love to Sirine! Let’s hope and pray she reaches the finale and makes us all proud.

Have more to add to the story? Comment below below and stay tuned for more!