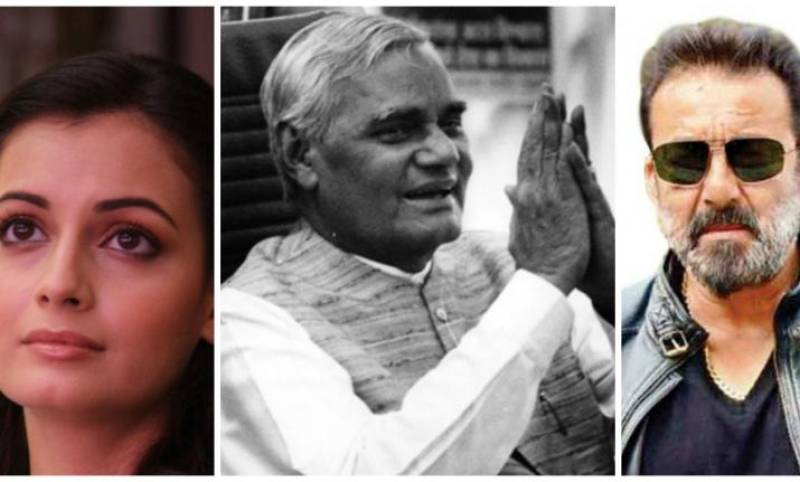 NEW DELHI - Yesterday, Former Prime Minister Atal Bihari Vajpayee, who is regarded one of the tallest figures of Indian politics passed away at the age of 93 in New Delhi today. He was hospitalized at (AIIMS) All India Institute of Medical Sciences since June 11 and his health has deteriorated in last 36 hours.

Vajpayee was a remarkable poet and orator. His poems struck a chord with masses. Even his opposition admired his oratory skills and used to pay attention whenever he recited his poems. His charisma was unbeatable even among other political parties.

Many prominent personalities including Bollywood film fraternity honored the late Vajpayee in their heartfelt tweets. Let's go through some of the tweets:

I’m saddened to hear the demise of a great statesman Shri.Vajpayee ji. May his soul Rest In Peace.

Heartfelt condolences to #AtalBihariVajpayee ji's family and dear ones. May his soul rest in peace. 🙏

It is rare to find love and respect across the entire politcal spectrum.

Atalji, was the rarest of them all.

“Let no one challenge India's secularism.” - Atal Bihari Vajpayee #Salute #Respect
Growing up in India in the 1980’s and 90’s one can never forget what a deep impact #AtalBihariVaajpayee ji made on us... he was a great statesman and leader. #RIP

RIP #AtalBihariVaajpayee ji! 🙏🏻🙏🏻🙏🏻🙏🏻respects and prayers for a true leader.

#ripAtalBihariVajpayee !!! A great leader and human being!!! A loss incompressible

Met Atalji a few times in my life. Each time was special. I remember him as an extremely kind hearted man. May his soul rest in peace. #RIPAtalBihariVaajpayee pic.twitter.com/fRXs6Pgn6W

A Titan has departed. There was more impact and gravitas in the pauses between his words, than there are in the petty political speeches we hear these days. #AtalBihariVaajpayee