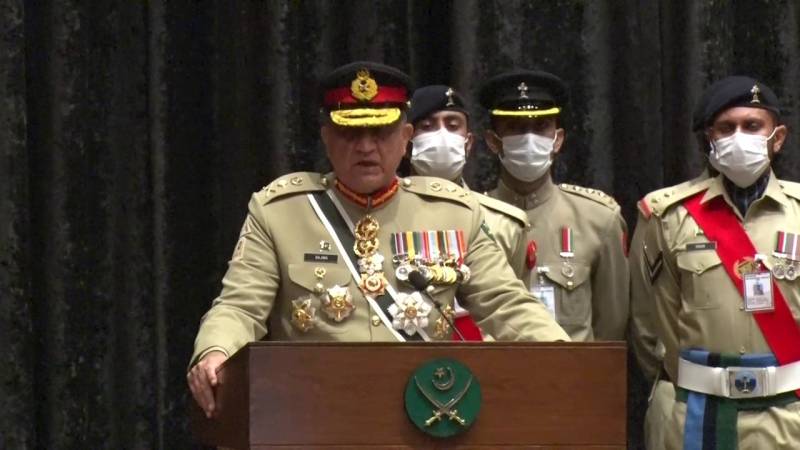 Paying tribute to the martyrs and Ghazis, Gen. Bajwa said, “We owe the peace and stability of our country to the selfless devotion and sacrifices of these officers and soldiers who are our real heroes.”

It further added that at least 47 officers were awarded Sitara-i-Imtiaz (Military), while six officers, seven Junior Commissioned Officers (JCOs), and 12 soldiers were awarded the Tamgha-i-Basalat. Medals of Shuhada were received by their family members.

COAS while commending the bravery of the Pakistan Armed Forces said there is no cause more noble than laying one’s life for the defense of one's motherland and those sacrifices of the country's martyrs will not go in vain.

General Qamar Javed Bajwa, Chief of Army Staff (COAS), on Tuesday visited Pano Aqil and got a detailed briefing about ...