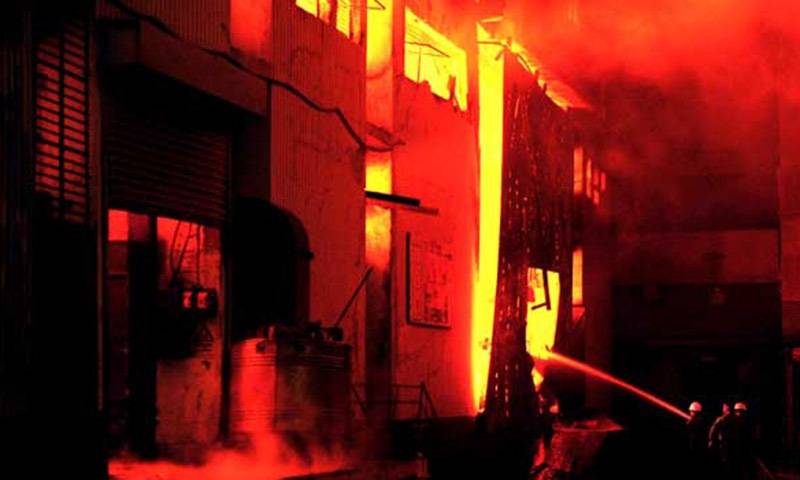 KARACHI – A challan on Monday stated that former In-charge of Muttahida Qaumi Movement (MQM) Administrative Committee Hammad Siddiqui had ordered to set fire a factory in Baldia Town Karachi after the owners refused to pay Rs250 million as an extortion.

The challan was immediately approved by an anti-terrorism court in Karachi today.

According to the sources, Hamad Siddiqui ordered the terrorist act after the factory owners refused to give them partnership and extortion money.

According to Geo News, the challan further revealed that the factory owners even agreed on paying Rs10 million.

The owners of the garment factory were coerced by Mohammad Ali Hasan — a close aide of former MQM leader Anees Qaimkhani— to pay off Rs59.8 million.

According to the challan, there were 18 witnesses in the case whereas Hammad Siddiqui and Rehman aka Bhola have been declared absconders.

According to the challan, many MQM leaders tried to change the direction of the case.

The incident took lives of 259 people and also injured several others in September 2012.