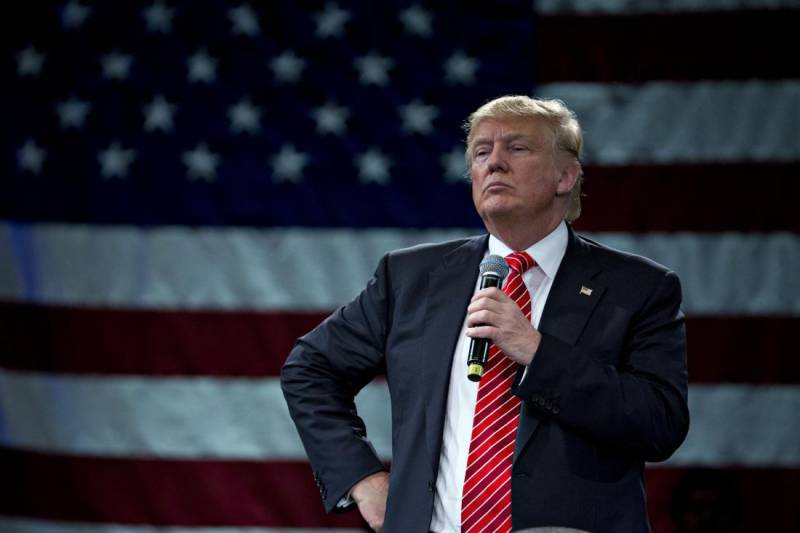 WASHINGTON - US Republican presidential candidate Donald Trump’s anti-Islam tirade has damaged US image among Muslims and would contribute to reinforce the perception that the United States hates Islam.

According to an op-ed published in The Washington Post, the United States won’t soon repair the damage done by Trump to its image among Muslims.

During the primaries, Trump played a terrorism card to whip up anti-Muslim sentiments and went to the extent of suggesting that all Muslims should be banned from entering the United States. His comments were widely criticized by world leaders, but it did help him win the white votes and eventually the Republican nomination.

According to the opinion article written by Farah Pandith, who was a political appointee in the George HW Bush, George W Bush and Barak administration, and who served under Secretary Hillary Clinton as the State Department’s first special representative to Muslim communities, Trump’s tirade has damaged the US’ image among Muslims.

“We’ve spent billions since 9/11 trying to convey a clear picture of who we are as Americans and to convince Muslims that the United States is not “at war” with them,” she wrote, further adding that US embassies at local level devoted countless hours to convincing Muslims population that the United States believes in equality, religious freedom and respect.

“Now, thanks to Trump, any goodwill we have generated has been largely diminished,” she said.

Recounting a trip to a Cambodian village, during her stint with the State Departments, she said she met members of the Muslim community who asked her about questions as how Muslims were treated in the United States. “Do Americans spit on you when they hear you’re Muslims, Can Muslims wear the headscarves?” were some of the questions they asked.

And then some asked, “Does Terry Jones really represent America?”, Jones was an obscure pastor of Florida who gained notoriety in 2010 when he spoke about Muslims and burning the Holy Quran on the anniversary of the September 11.

“Today, instead of an obscure preacher openly disparaging Muslims and Islam, it’s the leader of one of the two main US political parties, a man supported by about 40 percent of the population. He doesn’t burn the Quran. Rather, he accuses a sitting president of having “founded” the so-called Islamic State terrorist organization. He denigrates the Muslim mother of a fallen US soldier. He proclaims Islam a dire threat to the homeland. He proposes a ban on Muslims entering the United States. And, unlike Jones’s words, his are endlessly discussed in the mainstream media worldwide, week after painful week.”

Muslims will point to Trump as irrefutable evidence that the United States hates them and is at war with Islam, the article said.

According to the article, Trump’s anti-Muslim rhetoric and the impression it has created, will translate directly into more terrorist attacks globally and more lives lost here at home.”

“After spending more than a decade speaking to tens of thousands of Muslims, I have little doubt that the Islamic State and other groups will recruit more Muslim youths, thanks to Trump’s anti-Muslim tirades and the consequent widespread belief that the United States is perpetrating a war against Islam.”

Trump may lose in November. But his bigoted words about Islam and his mythical narratives about the formation of the Islamic State will require hundreds of millions of dollars and many decades to neutralize, the write wrote.