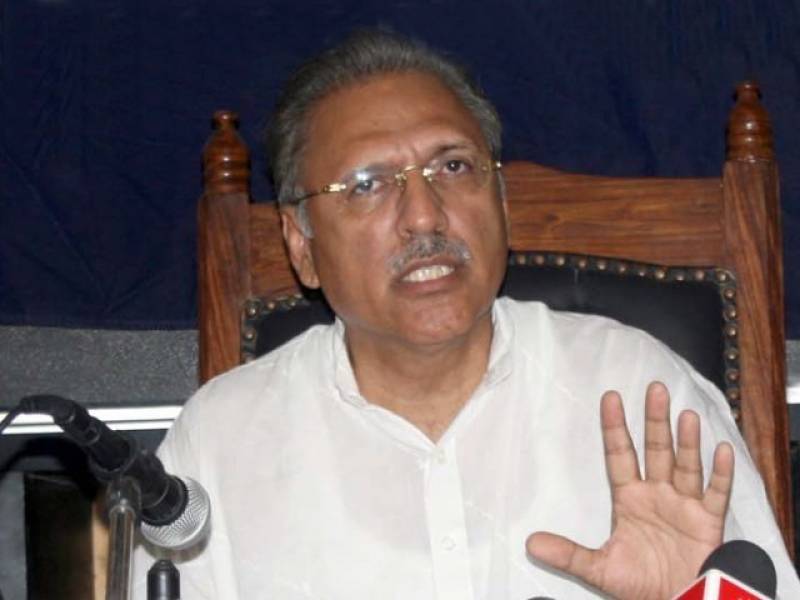 ISLAMABAD - President-elect Dr. Arif Alvi on Wednesday resigned from his National Assembly seat to take the oath for the new position.

Alvi has sent his resignation to the NA secretariat for approval, local media reported. He became the MNA after bagging victory from Karachi’s NA-247 constituency during the July 25 polls.

Dr Arif Alvi has been elected as 13th president of Pakistan after a secret polling in Senate and the newly elected national and provincial assemblies – together known as the electoral college of Pakistan.

Alvi, who was nominated by Pakistan Tehreek-e-Insaf (PTI), Aitzaz Ahsan of Pakistan Peoples Party (PPP), and PML-N backed Maulana Fazlur Rehman were vying for the seat.

“After being elected I consider myself not just to be president for the PTI but for the entire country and other political parties,” Alvi said while speaking to reporters outside parliament.

The 69-year-old bagged 212 votes while Fazl got 131 votes and Aitzaz got 81 votes in National Assembly and Senate. They received 353, 185 and 124 electoral votes respectively.

The president-elect is expected to take oath on September 9 after the completion of President Mamnoon Hussain's term a day earlier.