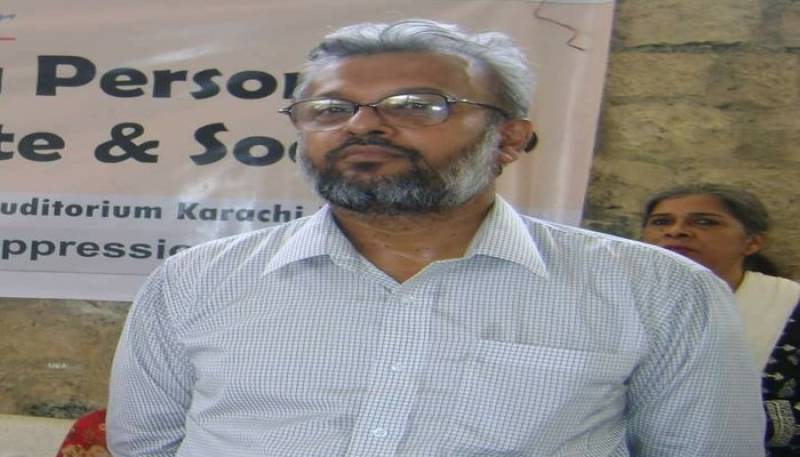 KARACHI - Karachi University professor Dr Riaz Ahmed was granted bail by a sessions court in a case pertaining to possession of illegal weapons here on Thursday.

According to reports, the court heard arguments related to the case and decided to approve the bail request by Dr Riaz Ahmed and ordered him to submit a surety bond of Rs 50,000.

Dr Riaz is a professor for Applied Chemistry at Karachi University. He was taken into custody by Rangers from near Karachi Press Club on Saturday.

The accusations of being involved in the blasphemy of holy personalities was categorically denied by Dr Riaz's lawyer.

Besides Riaz Ahmed, Dr Meher Afroze Murad was also taken into custody by the para-military forces. Initially it was also alleged that the said professors had links with Muttahida Quami Movement London chapter.

One of their colleagues Naveen Haider addressed a press conference soon after their detention and refuted any association of her colleagues with MQM.

Moreover, MQM-London stalwart Nadeem Nusrat also endorsed that the teachers were not workers or party members affiliated with MQM London in any capacity.