Imran Khan is not kicking out pet dogs from Bani Gala 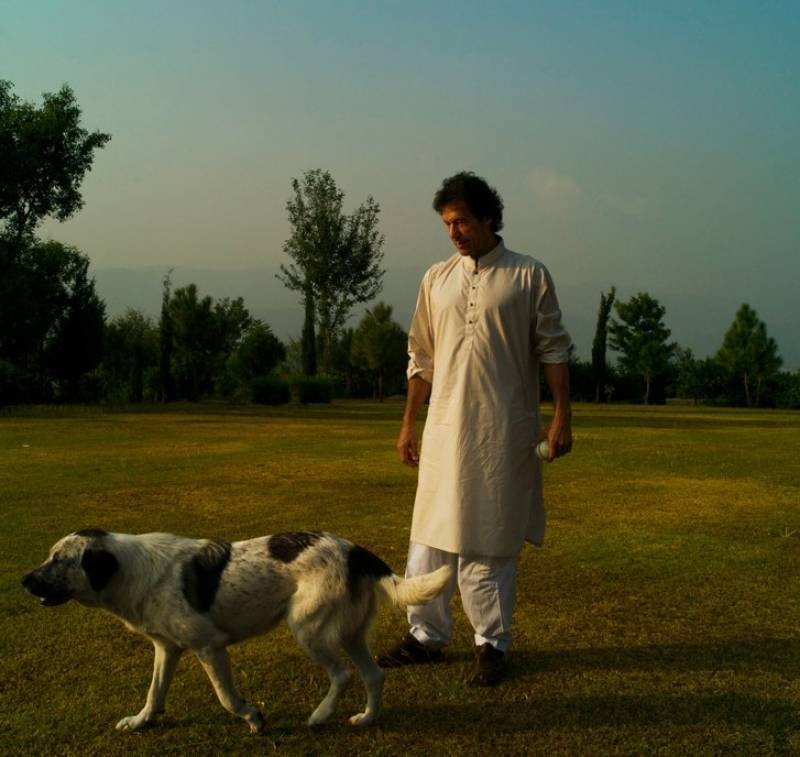 HYDERABAD -  Pakistan Tehreek-e-Insaf (PTI) Chairman Imran Khan has denied the reports that he had shown the door to his dogs, contrary to earlier media reports.

Answering a query about his famous 'Sheru' dog and his reported expulsion from his palatial farmhouse, the politician clarified that the said dog died three or four years back

Imran, who is in Hyderabad to meet party workers, went a mile more and claimed that his Motu (pet dog) was in Bani Gala adding that he still had four more dogs.

It is noteworthy that the clarification of cricketer-turned-politician came a day after media reports suggested that Imran had banished his famous 'Sheru' dog on the advice of his spiritual mentor-turned-wife Bushra Maneka.

It was also reported on social media that a new quarter was being established for Imran’s dog in the vicinity of Bani Gala but outside the main residence, where the recently wed couple lives.