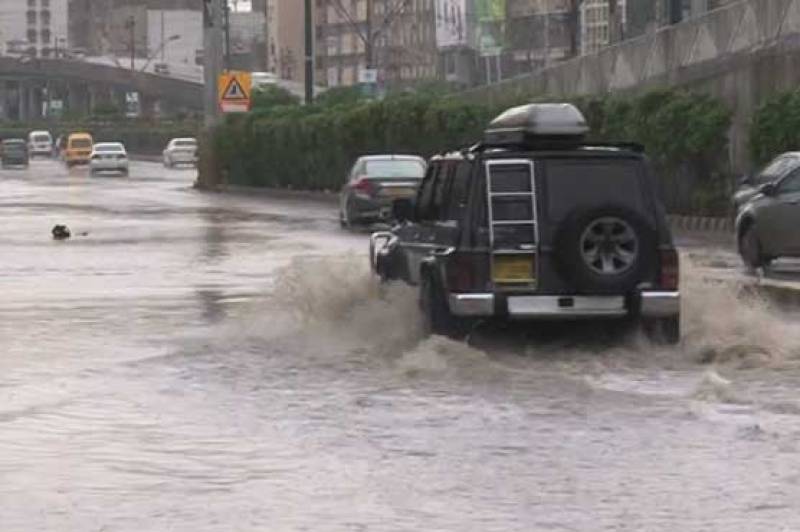 KARACHI (Web Desk/APP) - At least 10 people died while six were wounded in separate rain-related incidents in Karachi on Saturday.

According to local media reports, heavy rain coupled with gusty winds continued to lash mega city and other cities of Sindh for the second day on Saturday.

"Most of the citizens lost their lives due to electrocution and fall off walls," rescue officials said.

The heavy to light rain spell, that started Friday evening, is likely to continue intermittently till Saturday night, the Met Office added.

The report said the downpour, besides turning the weather pleasant, crippled life in the city and inundating various areas. Several neighbourhoods were under waist-deep water.

At least 600 K-Electric feeders left 45 percent of city areas without power adding to miseries of citizens.

The disconnection of power supply to different pumping stations affected water supply to the city.

Heavy falls may generate flash flooding and landslides in the vulnerable areas of Punjab, KP and Kashmir.